"I was a competitive child," said High School Junior Sydney Hail. "I still am." 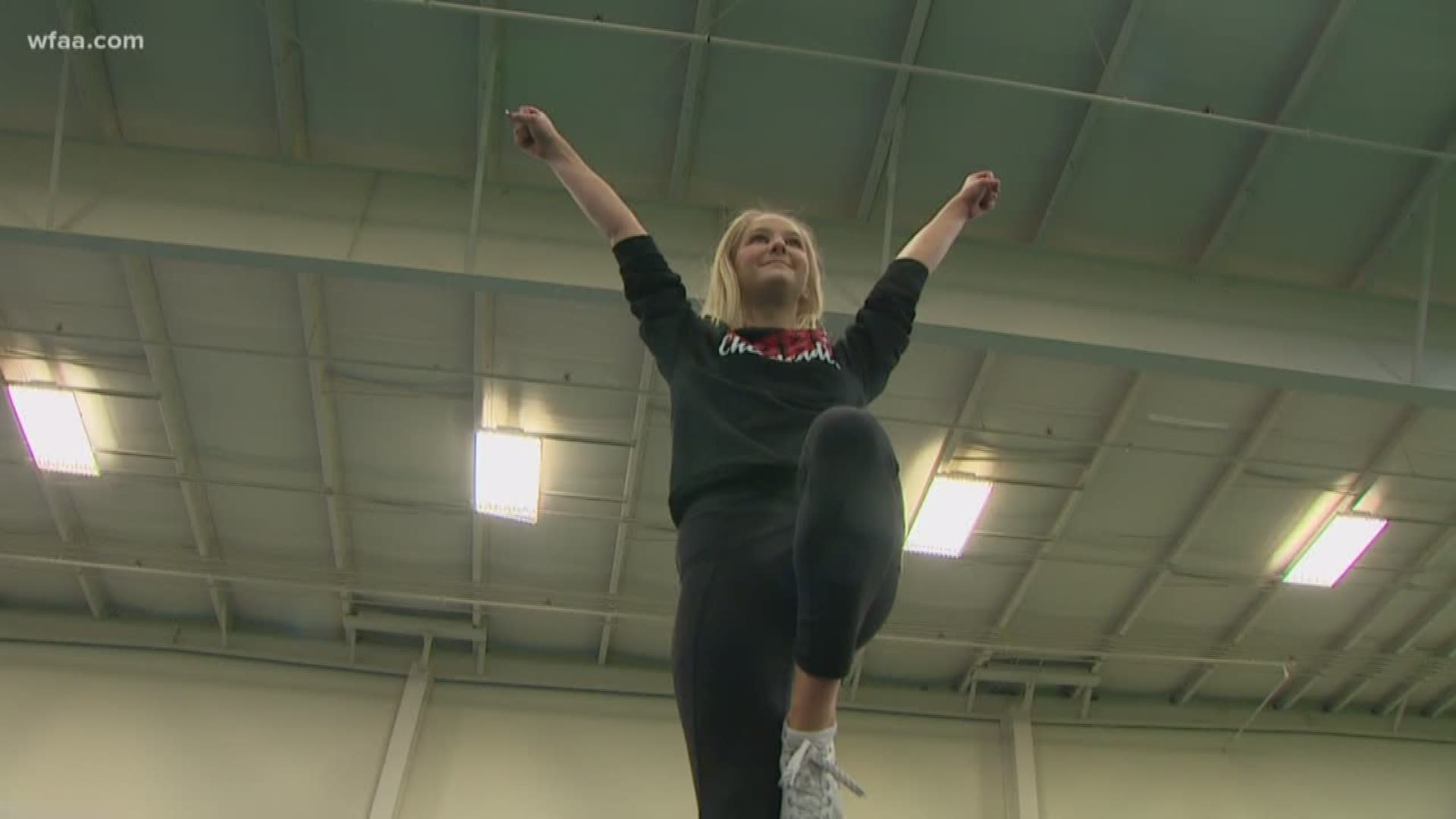 ROCKWALL, Texas — The Rockwall-Heath High School cheer team is among the top squads in the country.

"I was a competitive child," admits junior Sydney Hail. "I still am."

Hail has been on the team since she was a freshman, helping lead Rockwall-Heath to NCA National Championships in 2018 and 2020.

She plans to spend two years in community college before enrolling in culinary school.

"Navarro [College] is definitely a possibility," Hail said. "It would be awesome to make that team, but to get there I have a lot of work to do."

She and her teammates are fans of "Cheer," the popular Netflix docuseries about the Navarro College cheer team.

(Navarro College is located in Corsicana -- a little more than an hour from Rockwall.)

Like the athletes in the show, many cheerleaders face adversity in their lives and rise above it.

Hail is no exception.

Almost four years ago, she was diagnosed with scoliosis.

She went through a growth spurt that caused her spine to curve sideways.

She continued to compete through the 2019 Nationals competition.

A week later, she had surgery and remained in the intensive care unit for a week.

Her mother, Melody, kept her company and her father and siblings visited as often as they could.

"There were a few doubts of, 'What if I can't make it back?'" Hail admitted. "But, I always had people around me who said, 'Don't think about that. You can do it.'"

Six months later, she was fully recovered and cleared to return to the mats.

Exactly one year after her surgery, Hail and Rockwall-Heath won the 2020 NCA National Championship for their division.

"After everything I've done, after everything that's happened in the last year, I was still able to pull through for the team and win another national championship," Sydney smiles.

How's that for a comeback story?