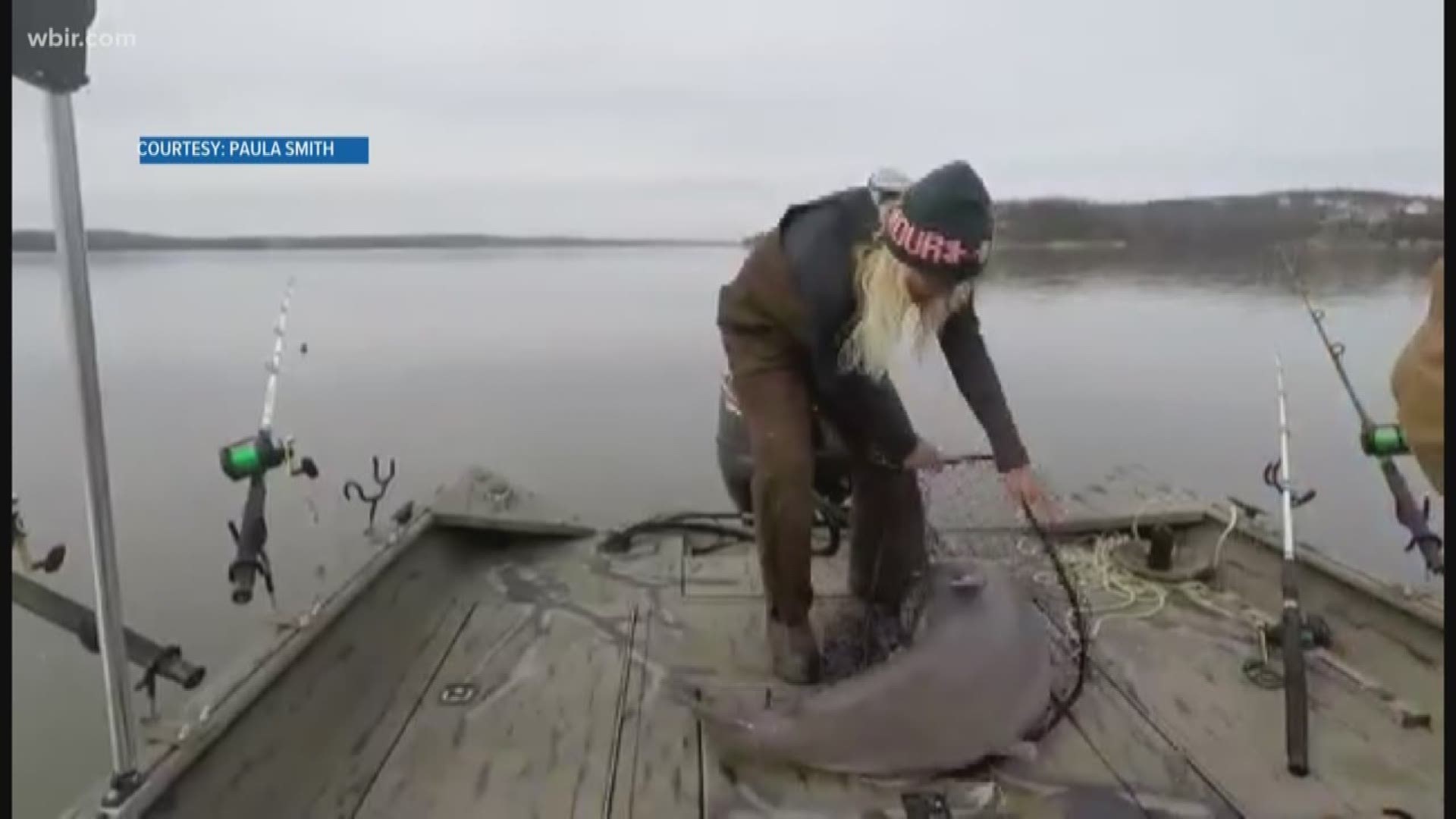 Coye Price just wanted to catch a bigger fish than his sisters when his family was fishing on Old Hickory Lake near Nashville.

That did beat out his sisters' record catches, who really haven't done too bad. Sister Caitln has reeled in a 39.8 lb striper and Farrah caught a 58 lb. blue catfish.

TWRA said there are three species of sturgeon in Tennessee, including the lake sturgeon that Coye caught. They are all listed as endangered in the state, due to a combination of over-fishing, habitat loss, and the damming of rivers.

RELATED: Check out this "Mack Daddy Musky" caught in the Nolichucky River