Maryland running back Javon Leake went undrafted but signed with the New York Giants. He also was a standout at Page High School. 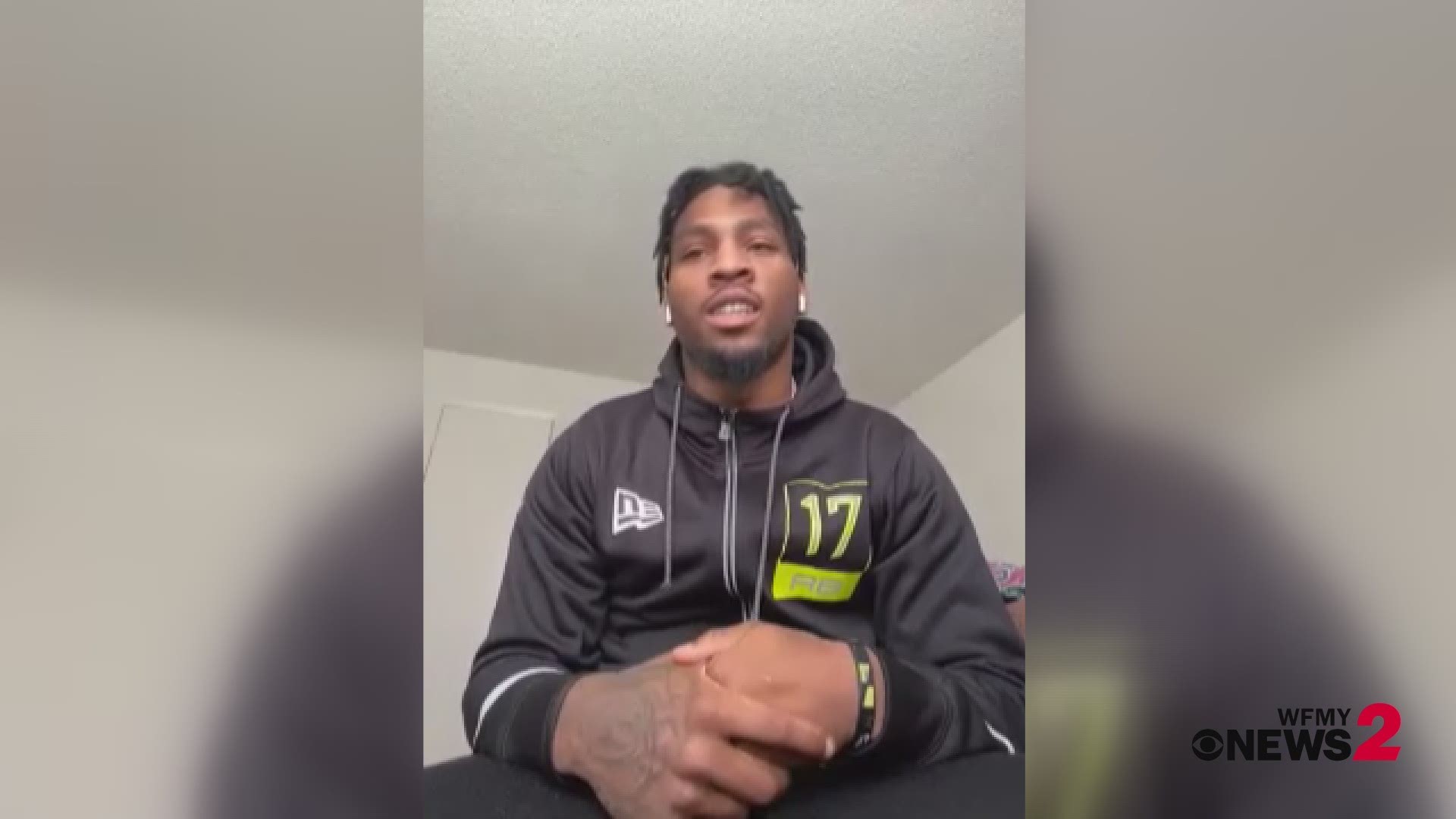 It didn't happen, but a few hours later, he signed with New York Giants.

Football didn't become serious for Leake until he moved to Greensboro from New York.

"I didn't really like it at first, but when we moved to North Carolina, is when I really got into it and made it what I wanted to do," said Leake. "I was introduced to so much that I've never seen before, living in New York, what football can bring you, just all the opportunities, and stuff like that. I've been to college campuses that I never thought I would see. Football paved the way in a lot of ways and I'm definitely thankful for it."

RELATED: Virus shutdowns will likely make NFL draft most bet on ever

RELATED: The 'REAL' Last Dance: Look back at Michael Jordan's last years as a player with the Wizards

He said his mom moved the family to Greensboro for a fresh start and he's glad that happened.

"Being in Greensboro, growing up here, some of the guys from here, we all have the same goals and dreams. We're all just trying to accomplish this and put on for our city," said Leake.

After graduating from Page High School in 2017, Leake went on to play football for the University of Maryland. In the 2019 season, Leake had 8 touchdowns and more than 700 yards. After 3 seasons, as a junior, he decided it was time to enter the NFL Draft.

Leake watched the NFL Draft at home in Greensboro. He went undrafted but later signed with New York Giants.