'It's tough:' Triad football coach unable to meet with new team during coronavirus

Page head football coach Doug Robertson is new to the program. He doesn't get a chance to practice with his new team in the spring. 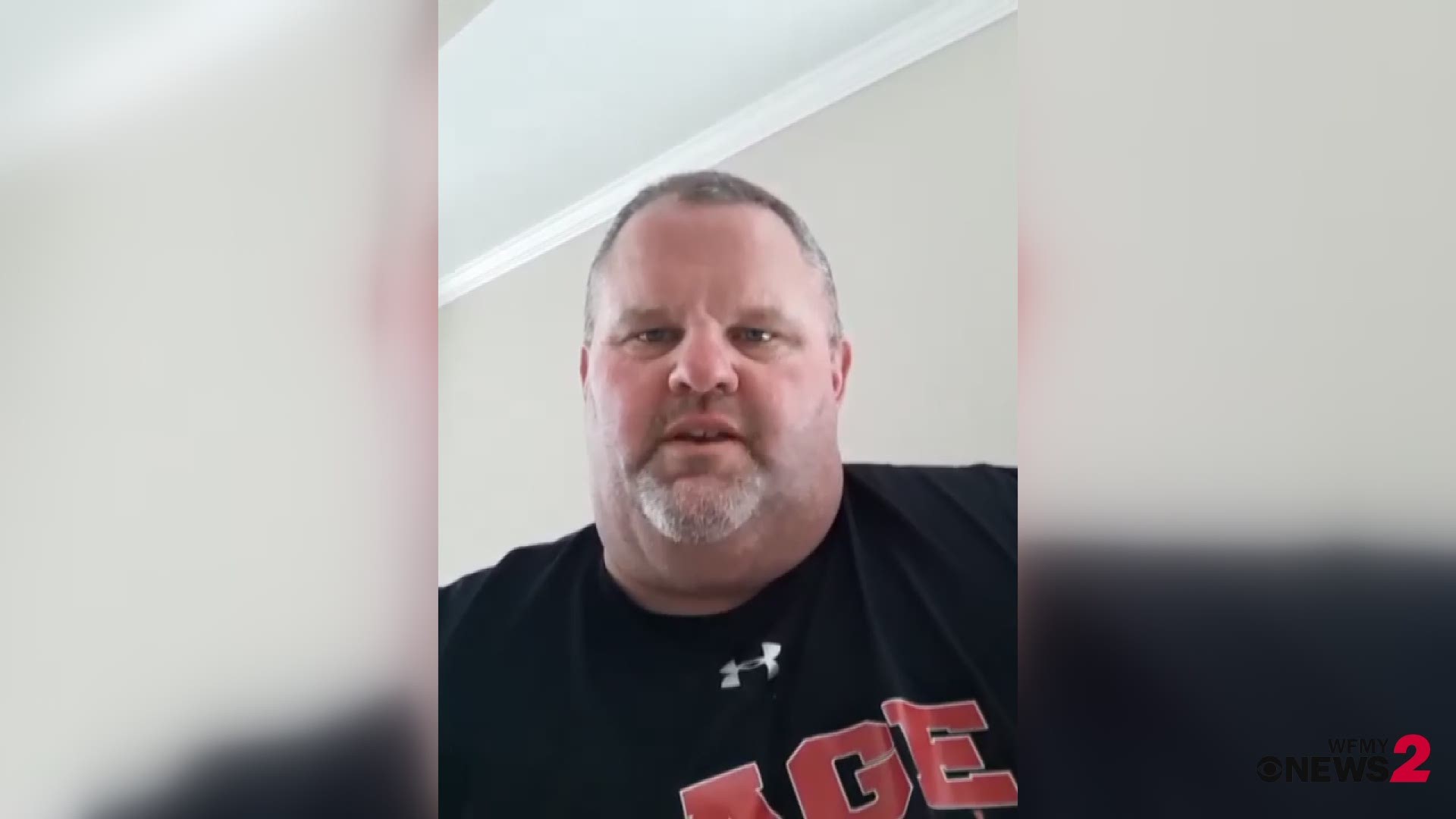 Spring practices would have been his first time on the field with his team, but the coronavirus put that on hold.

"It's tough," said Robertson. "The advantage I had a little over someone who got hired during the pandemic, is that I was hired in January, which allowed me 3 months to put a name with a face."

RELATED: NASCAR to resume season May 17 with seven races in 10 days

Robertson said his players are working out on their own, but there's training they can't get in right now.

"We didn't get to a lot of the scheme stuff," said Robertson. "We've done a lot of working out with weights and conditioning. "We're behind in that, so that's a little worry as a new coach coming in. I guess I should feel fortunate for what we do have."

Robertson said he hopes to practice schemes together in the summer.

"We miss the kids. Not having that, is a big void in your life."