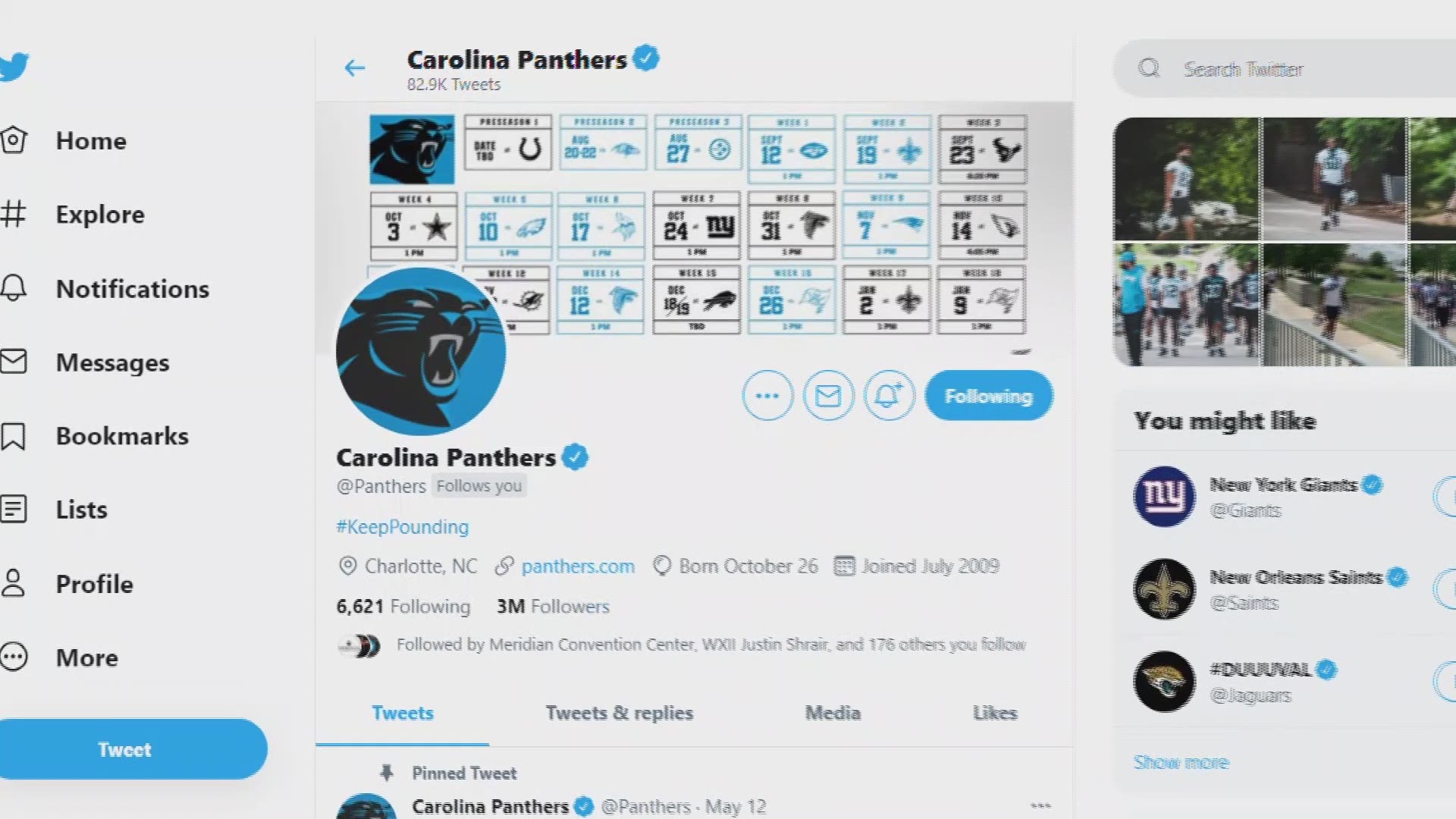 CHARLOTTE, N.C. — “It’s kind of like, 'What’s next?," said Bill Voth, who is the assistant director of the Carolina Panthers digital and broadcasting.

It's the constant challenge when it comes to social media, especially for NFL teams like the Carolina Panthers.

“Over the past couple of years we’ve tried to step up our game," said Voth.

The Panthers stepping up with the 2021 season's schedule release video.

”Someone had an idea to film one of our meetings like TMZ style," said Voth.

Bill Voth runs the Panthers content with a team of about 20 people. He said it's all about brainstorming.

”I was on a run last Friday and I called them while I was running," said Voth.

The video turned into a 9 minute piece taking about a month to create.

"It's long. It's too long, but I don’t know how we could have done it that much shorter because the concept was 17 different scenes," said Voth.

”It's just a schedule release, but we embraced it," said Voth. "Its all about building a team, and the organization and franchises that understand that and let you hire the best talent, and give you the freedom to do what you do, those are the teams that are the most successful right now.”