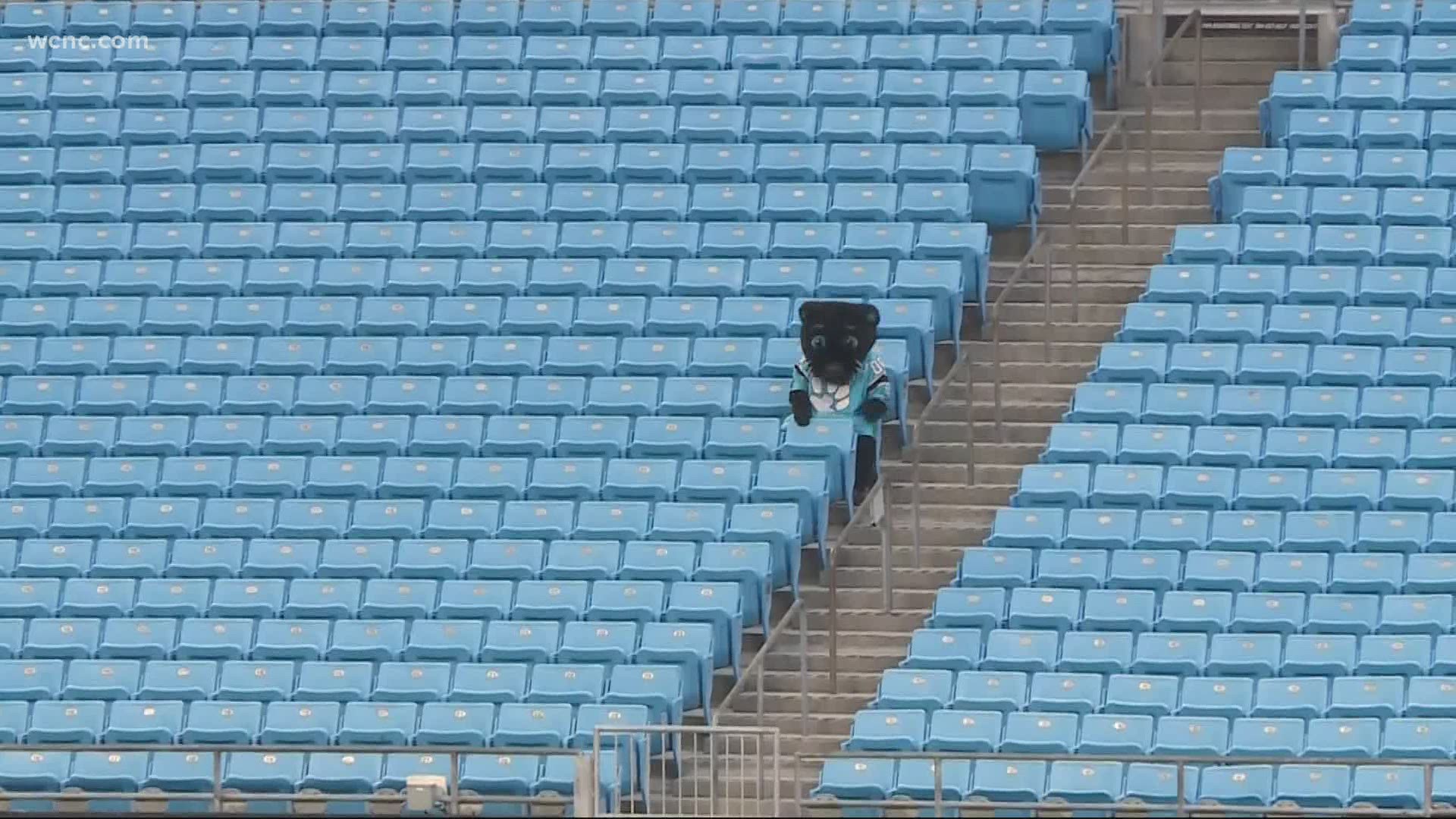 CHARLOTTE, N.C. — Bank of America Stadium only had a few thousand people in it Wednesday night, but it was as loud as ever.

The Carolina Panthers pumped in artificial crowd noise for their practice.

"I think tonight was a great night for us to be in the stadium," coach Matt Rhule said. "It was probably a little louder than it would actually be."

The Panthers' first home game is on Sept. 13, but no announcement about fan attendance has been made.

Team COO Mark Hart said on the team's live stream of practice that an announcement would come soon.

Arrows in the concession area are already down to guide fans as they enter and exit the seating area, and there are numerous signs promoting hand-washing and other good hygiene.

#Panthers practice inside Bank of America Stadium tonight. Set up for fans, if there can eventually be fans. @wcnc pic.twitter.com/C8G1fRmx1K

RELATED: Carolina Panthers to require masks at home games in 2020