Panthers rookie talks football and Crocs ahead of 2020 NFL season

Yetur-Gross Matos is a big fan of the rubber sandals, and will start Sunday against the Raiders 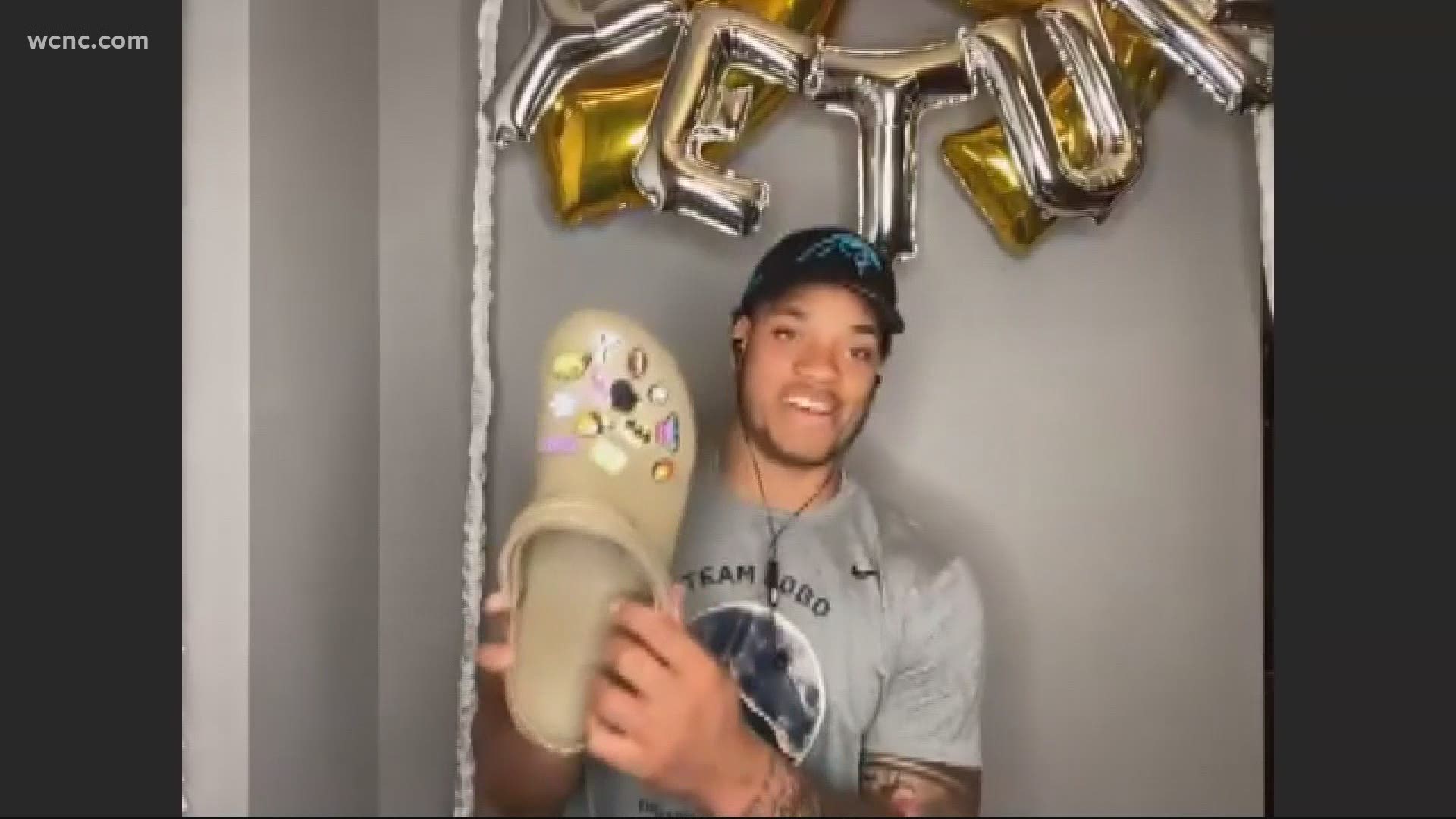 The Panthers used all seven of their draft picks on defensive players this off-season -- the top pick being tackle Derrick Brown.

In the second round Carolina got a really intriguing pass rushing prospect by the name of Yetur Gross-Matos out of Penn State.

Gross-Matos has really impressed the most seasoned of NFL vets in camp so far. And off the field he's got a love for Crocs brand footwear.

But Gross-Matos life endured hardships early on -- his father and older brother each killed in separate tragedies.

I got a chance to talk to Yetur ahead of his first N-F-L game.

Nick: "How are you feeling just a few days before your first pro game?"

Gross Matos: "I'm excited. This is what I've been looking forward to since late April since I first got drafted. To think that football is still going to happen and is finally here is unreal."

Nick: "I've heard from plenty of guys who are impressed by you phsyically, how are you feeling as you get ready to start Sunday's game?"

Gross-Matos: "I feel great. I worked really hard this offseason even before the whole COVID outbreak, doing whatever I could on my own. I've been blessed to have a lot of great people help me out and I've put the work in."

Nick: How do you still remember your father and your brother?

Gross-Matos: "I never forget them. I wake up each and every day wishing I could speak to my big brother. I remember what kind of person he was and what he meant to me and I try to be that to other people?"

Nick: Do you have a deal with Crocs and if not, why?

Gross-Matos: "I do not have a deal with Crocs. I want one! I've worn them since I was a kid. I got my first pair early in middle school. It was the only shoe I could wear at the time because my feet were so big. Ever since then I've felt confident wearing them."

The Panthers host the Las Vegas Raiders on Sunday at 1 p.m.