A.J. Bouye will miss the first two games of the season while still serving a suspension for violating the NFL's performance enhancing drugs policy 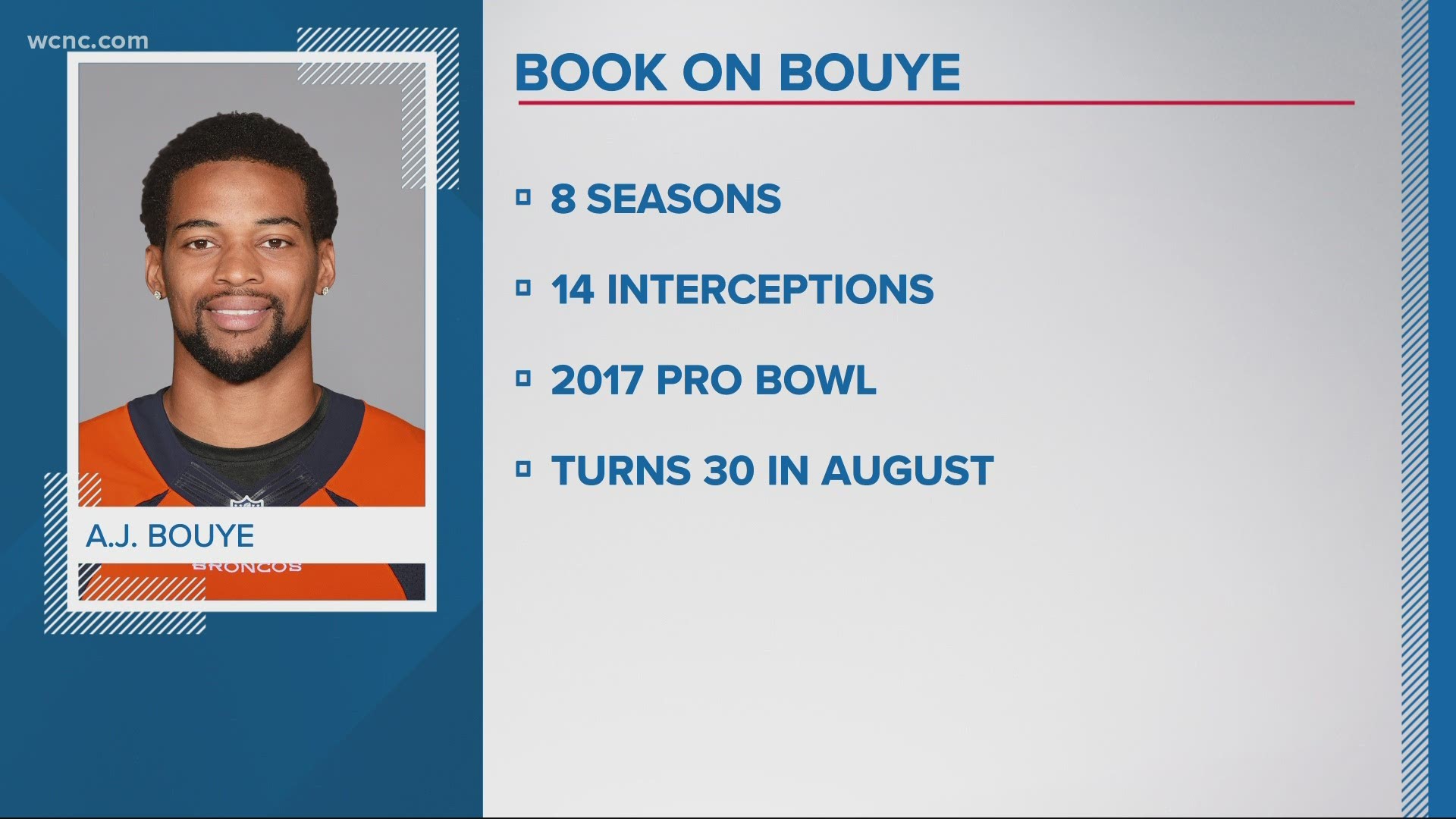 Bouye made the Pro Bowl in 2017 but was released by Denver in February after just one season.

The 29-year-old (who turns 30 in August) played just seven games in 2020 due to several injuries, and a six-game suspension for violating the NFL's policy on performance-enhancing substances.

In fact, Bouye will miss the first two weeks of the Panthers' season to finish the final two games of his suspension.

In that time, he may still participate in offseason programs, training camp, and preseason games.

Before the Broncos, Bouye (pronounced boy-YAY) previously played seven seasons with the Texans and Jaguars, with his best year coming in 2017, when he had six interceptions.

In total, he has 14 interceptions in eight NFL seasons.

Bouye is a native of Tucker, Georgia, and played collegiately at Central Florida.