'It was always something about North Carolina that I couldn't let go': 4-Star Linebacker from the Triad shares why he committed to UNC

Glenn High School's Raneiria "RaRa" Dillworth had 30 offers to play college football. He chose to announce his commitment on his grandma's birthday. 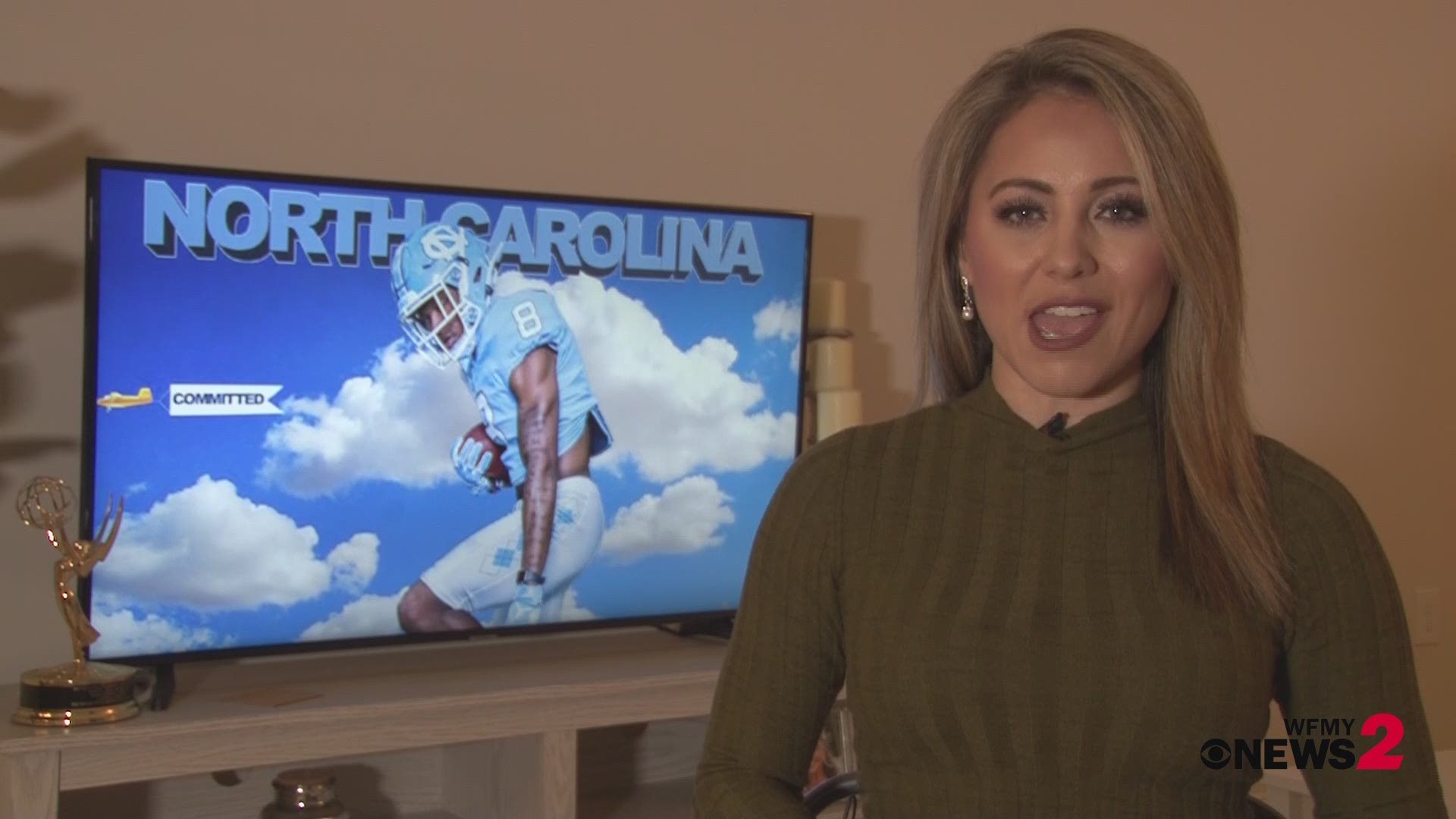 WINSTON-SALEM, N.C. — April 17th was a special day for Glenn High School's Raneiria "RaRa" Dillworth. The 4-Star Linebacker from the Triad committed to play football for North Carolina, but that day is important to Dillworth for another reason.

“I always look out for my grandma," said Dillworth. "She’s like my mom. I love her the same way. She’s a big part of my life.”

He wanted to do something special for his grandma, Rhonda, which is why he made his commitment to the Tar Heels in the middle of a pandemic.

“I wanted to give it to her as a birthday gift," said Dillworth.

Family is important to RaRa. They were a big part of his decision.

"I picked Carolina because it's close to home and I know it's not a 4 to 5-year decision," said Dillworth. "It’s a 40-year decision. My family loved it, that was a big step for me. My baby sister and niece loved it. They had fun. It just felt like home. It really is home.”

He said he would have left home for the right opportunity.

“Alabama and North Carolina were the front runners," said Dillworth.

“You have a Hall of Famer coach at Alabama, but you got one at the house, you can't beat that at all," said Dillworth.

Dillworth said 30 coaches offered him a scholarship, but he ultimately decided to play for Mack Brown.

“People are believing in what he does," said Dillworth. “It makes me feel more comfortable that I’m getting coached by one of the best.”

Dillworth said he feels relieved after making his decision. He said he can now focus on football and making his hometown proud.

“It's motivation to make me not stop at all," said Dillworth. "One because of my family. I have to take care of them one day and two, the little kids that look up to me. I can't let them down.”

According to 247Sports, North Carolina's 2021 class is ranked number 2 in the nation, so far. Dillworth is a big part of that.