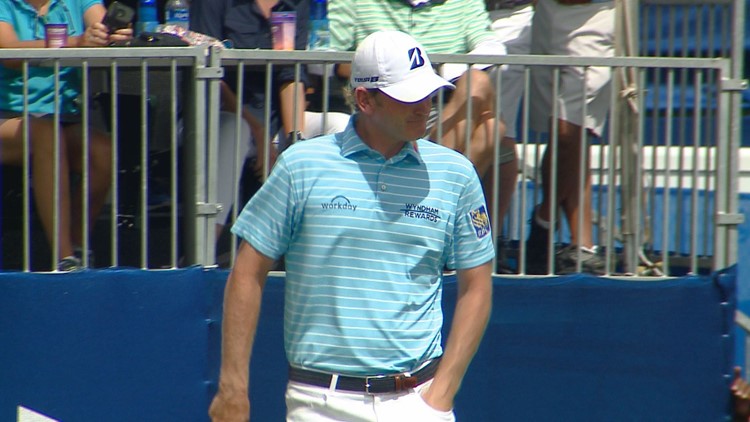 GREENSBORO, N.C. (AP) - Brandt Snedeker followed his opening 11-under 59 with a 67 on Friday to take a two-stroke lead into the weekend at the Wyndham Championship.

A day after becoming the 10th player in PGA Tour history to break 60, Snedeker moved to 14-under 126 halfway through the final PGA Tour event before the playoffs.

D.A. Points shot a 64 to reach 12 under - one stroke ahead of C.T. Pan, who also had a 64. David Hearn, Peter Malnati, Keith Mitchell, Harris English, Brett Stegmaier and Sergio Garcia were 9 under.

Snedeker, the 2012 FedEx Cup champion, won this tournament in 2007 before it moved across town to the par-70 Sedgefield Country Club. He had the tour's first 59 of the year during the first round.