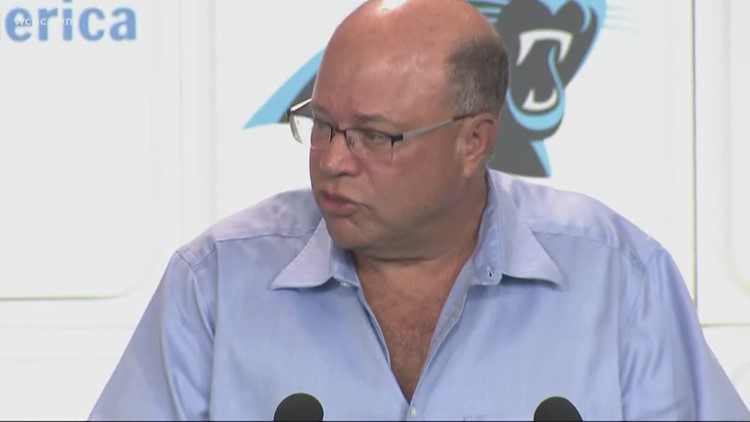 Panthers Owner: MLS decision could come by end of 2019

Panthers owner David Tepper was busy giving backpacks to kids at Albermarle Road Elementary School on Friday. This is a program that he and the Panthers have done all over the Carolinas.

But it was also a chance for Tepper to talk to the media, something he doesn’t shy away from. And he opened up on a variety of topics.

While Tepper was focused mostly on the impact the backpacks and school supplies would have on kids, it’s other regional impacts that has captured a lot of attention in the Carolinas.

Most recently, Tepper’s bid to begin a Major League Expansion Franchise in Charlotte. He’s met with the league, and says a decision could come by the end of the year.

“We have been in continuous conversations,” Tepper said. “We’re optimistic, and we’ll see. I haven’t made any secret from day one that I think this is a great area for soccer.”

Meanwhile, the Panthers new practice bubble is going to be used for both game preparations and pre-game tailgating, but that new headquarters in Rock Hill? Ground will break soon, and includes more than just football.

“I sit there sometimes thinking of what we’re probably going to do in Rock Hill, and I’ll sit there and think about where bike paths would be,” Tepper joked. “To make green space, different space. How the campus should be, should be a place where people can ride a bike. And as far as the impact, yeah, there’s a lot of stuff we did this first year.”

And there’s clearly more to come. Tepper again talked about possibly retro-fitting Bank of America Stadium with a roof to modernize the building, keep it in Uptown, and attract big events.

“We do have one of the older stadiums here, we can probably make due for some more years. I do think this region has to understand, it is a great region of the country. We have to aspire to do some great things.”

As to who would foot the bill? Tepper again hinted at public financial partnership.

“When you do some of the things I’ve talked about, Super Bowls or Final Fours, they don’t make me money, they’re great for the community. They bring a lot of money to the community. People have to share the want of having those things. I’m just one person, we have to have a community behind it.”

RELATED: Tepper signals city's help for big ideas, but where will money come from?