Several high school games are being postponed as some players go into quarantine due to COVID-19 exposure. 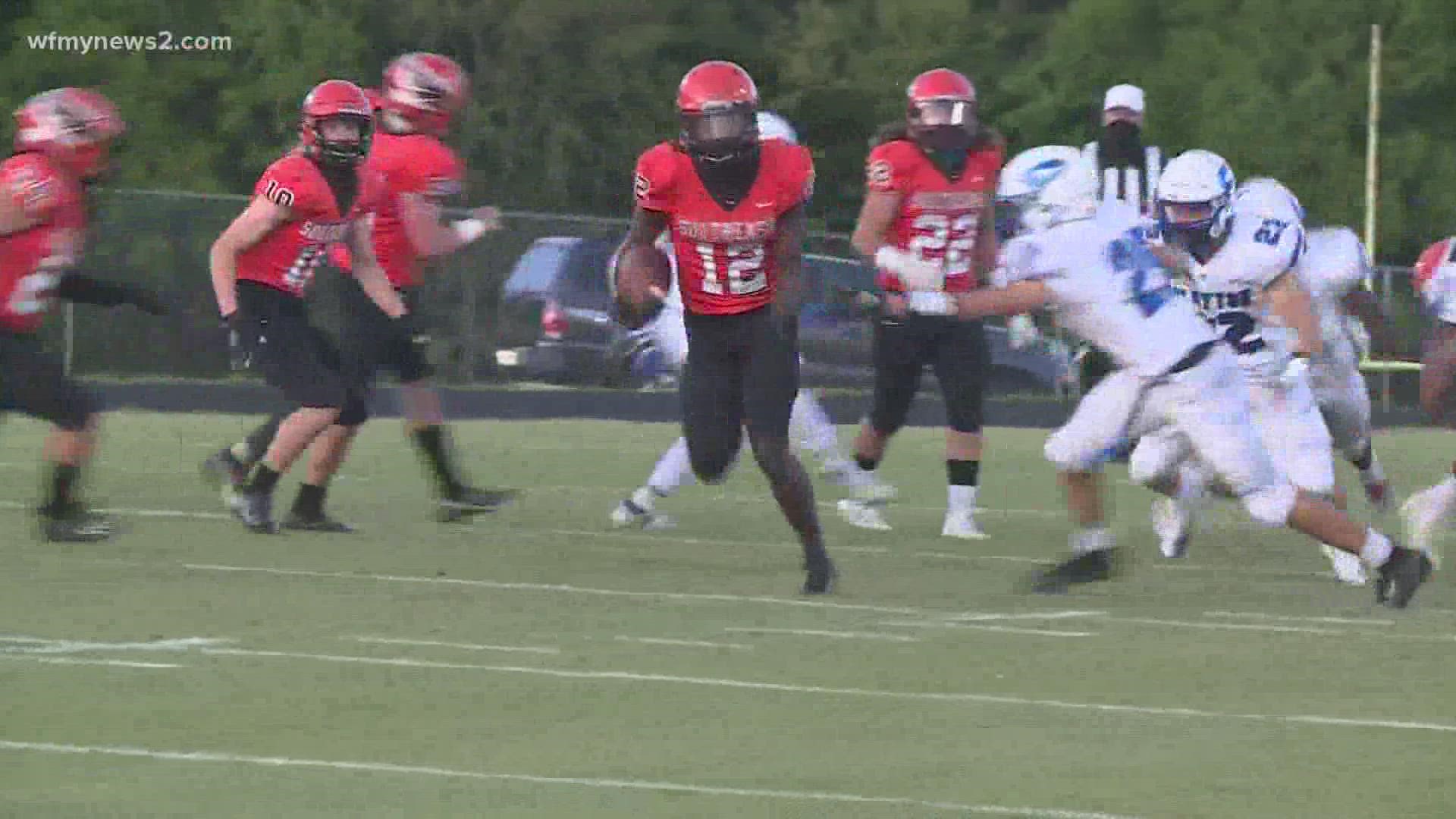 GREENSBORO, N.C. — The Reynolds High School vs. Southwest Guilford High School football game has been postponed due to COVID-19 cases at Reynolds.

The varsity game was supposed to be played Friday, August 27. Instead, it will now happen Thursday, September 9 at 7 p.m. at Southwest Guilford.

The Reynolds-Southwest Guilford JV game was postponed as well due to Reynolds JV players also being in quarantine. That game will now be played at Southwest on Wednesday, September 8 at 7 p.m.

Southeast Guilford and Southern Guilford were supposed to play each other on Friday, August 20.

Guilford County Schools said the game is postponed due to COVID-19 cases within Southeast Guilford's program.

Southern Guilford's Athletic Director Jeff Carter said the game will be made up Friday, September 10 at 7:30 p.m.

The Graham/Southern game at Southern Alamance scheduled for Friday, August 20 has been postponed related to COVID-19 protocols, Alamance-Burlington Schools said.

No word on when the game will be rescheduled.

Western Guilford’s game at Morehead is also off due to COVID-19 Protocols. No word yet on whether it's postponed or canceled.

Davie County Schools announced it will cancel one of its games due to COVID-19. Mooresville High School will postpone both its JV and Varsity football games with Davie County High School until week four of the football season. Those dates are September 9 – 10.

Friday's game against Terry Sanford is postponed and is now the week four game. It will happen at the same time and same place.