Kate Stanford does what few others have done on the Special Olympics fields of competition. 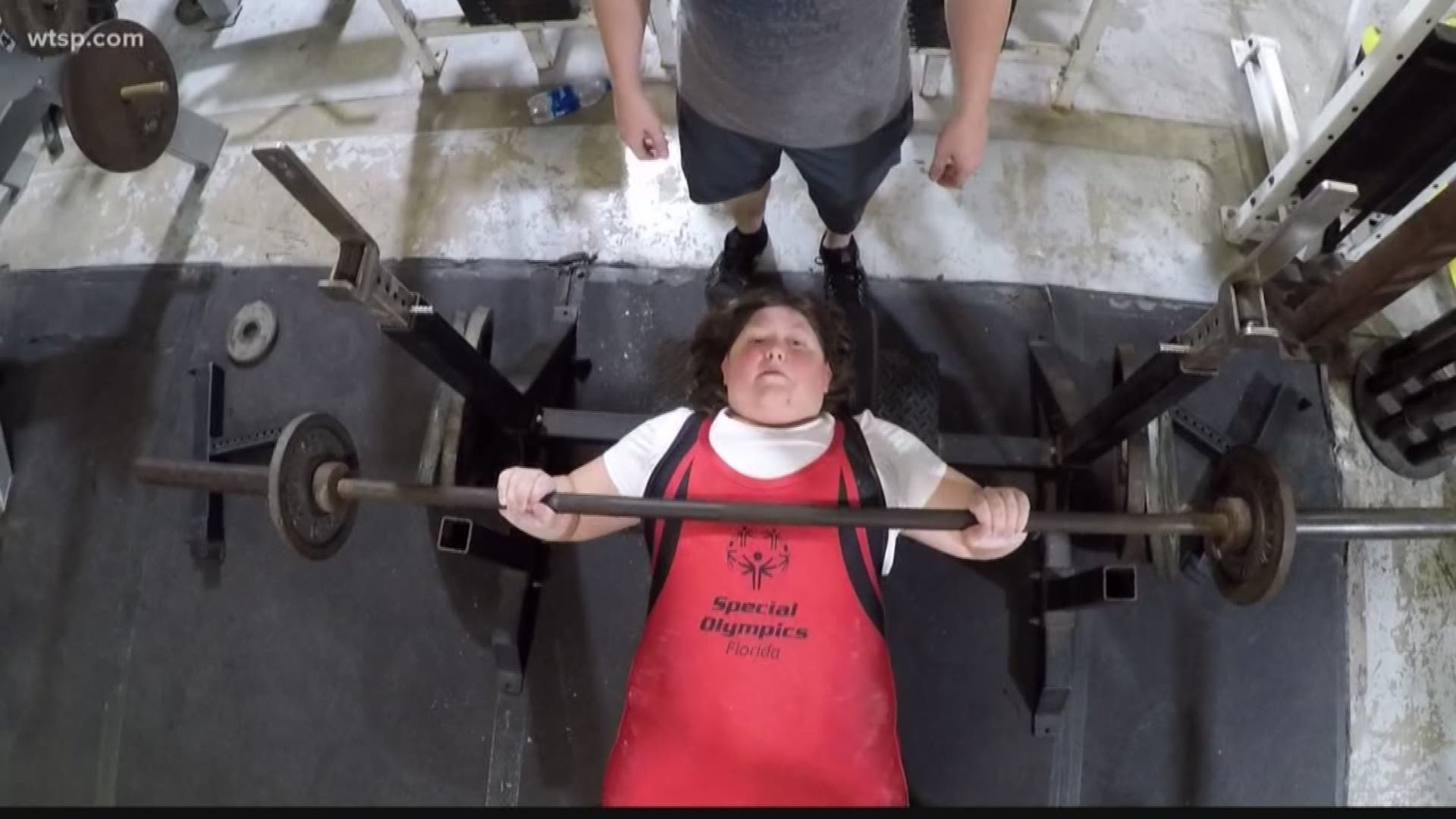 “Let me win but if I cannot win let me be brave in the attempt,” she said proudly.

The 34-year-old has come a long way since her first swimming event four years ago. She’s won ten medals along the way to being one of the few athletes to compete in more than a dozen different Special Olympics Florida sports.

Her father, Brent, says Kate has a minor learning disability. It’s something you’d never know unless you were informed. Kate has spoken in front of large crowds as a Special Olympics Global Messenger. She speaks to groups as a member of the Athlete Input Council.

The Special Olympics has changed her life.

“It’s really been a miracle,” said Brent. “She has so many friends and they’re doing things all the time.”

The Stanfords moved from near Macon, Ga. to the Brooksville area four years ago. Kate began attending the local YMCA. She was told about the Special Olympics and competed in swimming in her first year. Now, she competes in all 13 sports offered in Hernando county. Florida offers 24 as a state.

“It doesn’t matter how severe disability you have. All that matters is that you get out and participate,” she said outside the Lift More Fitness Gym in Brooksville. “My favorite is the bench press.”

Kate can bench press 85 pounds and deadlifts 135. This weekend, Orlando will host the State Games with nearly 1,500 athletes in competition. Hundreds of coaches and volunteers with help pull of the annual event.

Special Olympics, as a whole, focuses on inspiring its athletes to achieve physical fitness, self-esteem, socialization and life skills – more than focusing on competitive results alone, according to a spokesperson.

“Sports is the vehicle in which these individuals with intellectual disabilities are able to meet these goals through Special Olympics. The organization also extends beyond sports training to provide year-round health services to children and adults with intellectual disabilities, at no cost to the athletes or their caregivers. This vastly increases the overall impact of Special Olympics on its communities.”

That’s why the Stanfords love it so much.

“They all support each other,” Brent said of the athletes. “It’s really something to see.”