20-year-old Nic Rodriguez was in his bedroom when the tree fell in. Another person was in the home and survived. 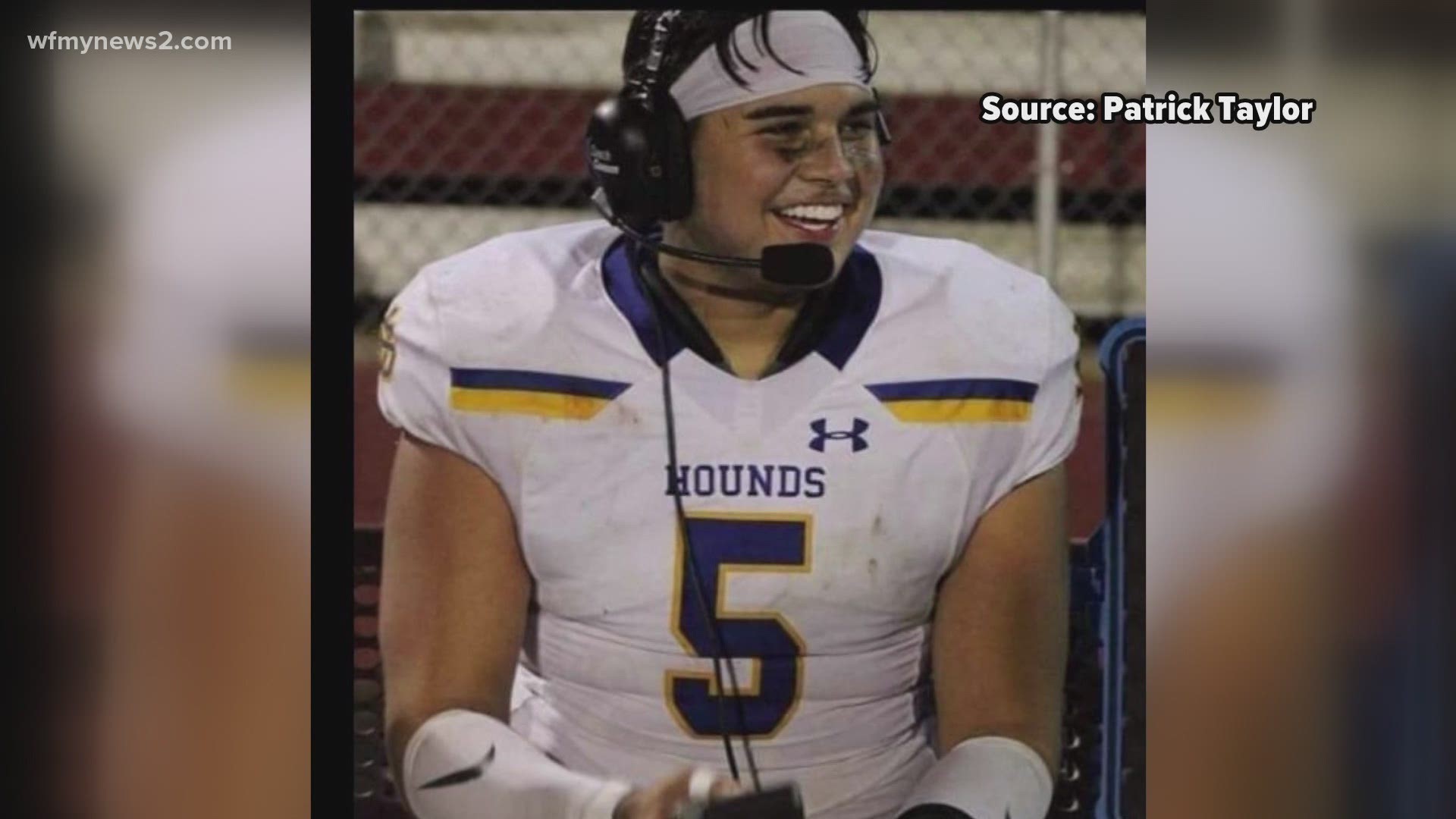 SURRY COUNTY, N.C. — The North Surry High School football team is mourning the loss of one of its own. Former player, 20-year-old Nic Rodriguez, was killed Thursday when a tree that was weak from recent rain fell on his Surry County home.

“He was a leader, a captain," said Danny Lyons, who is a former head coach football coach at North Surry High School. "He was good to all his teammates; it was every single one of them

"He would walk in the room and he would own the room, and never have to say a word. Just the smile on his face changed the atmosphere," said Patrick Taylor, who is the head football coach and former assistant coach at North Surry High School.

They said his smile was infectious. It's something that lives on in the minds of those who knew Rodriguez as they deal with the reality of his tragic death.

"You would never imagine having to go through this because you want to see your kids become adults and have kids and a career, and Nic would have been anything he wanted to be because he made everyone around him better and that's the true heart of a servant. That's what I want him to be remembered by," Taylor said.

He was at the center of a major turnaround for the high school's football program. He led the Greyhounds to their most successful season in nearly two decades.

"His leadership was more important than any play he ever made," Lyons said. "People follow him. Nobody embodies what I wanted that program to be about more than Nic Rodriguez."

Even though his high school coaches work at rival schools now, they can agree on one thing, the impact Rodriguez left in their hearts is bigger than any game he ever played.

"Every coaching book we read talks about a Nic Rodriguez, Taylor said.

“My memories about being a coach there will tie into Nic Rodriguez for as long as I live," said Lyons.