Braves fan who finished chemo, met hero meets a legend after invite to game by fellow fan who heard her story

Tina Jackson was invited to a VIP suite for Friday night's game. 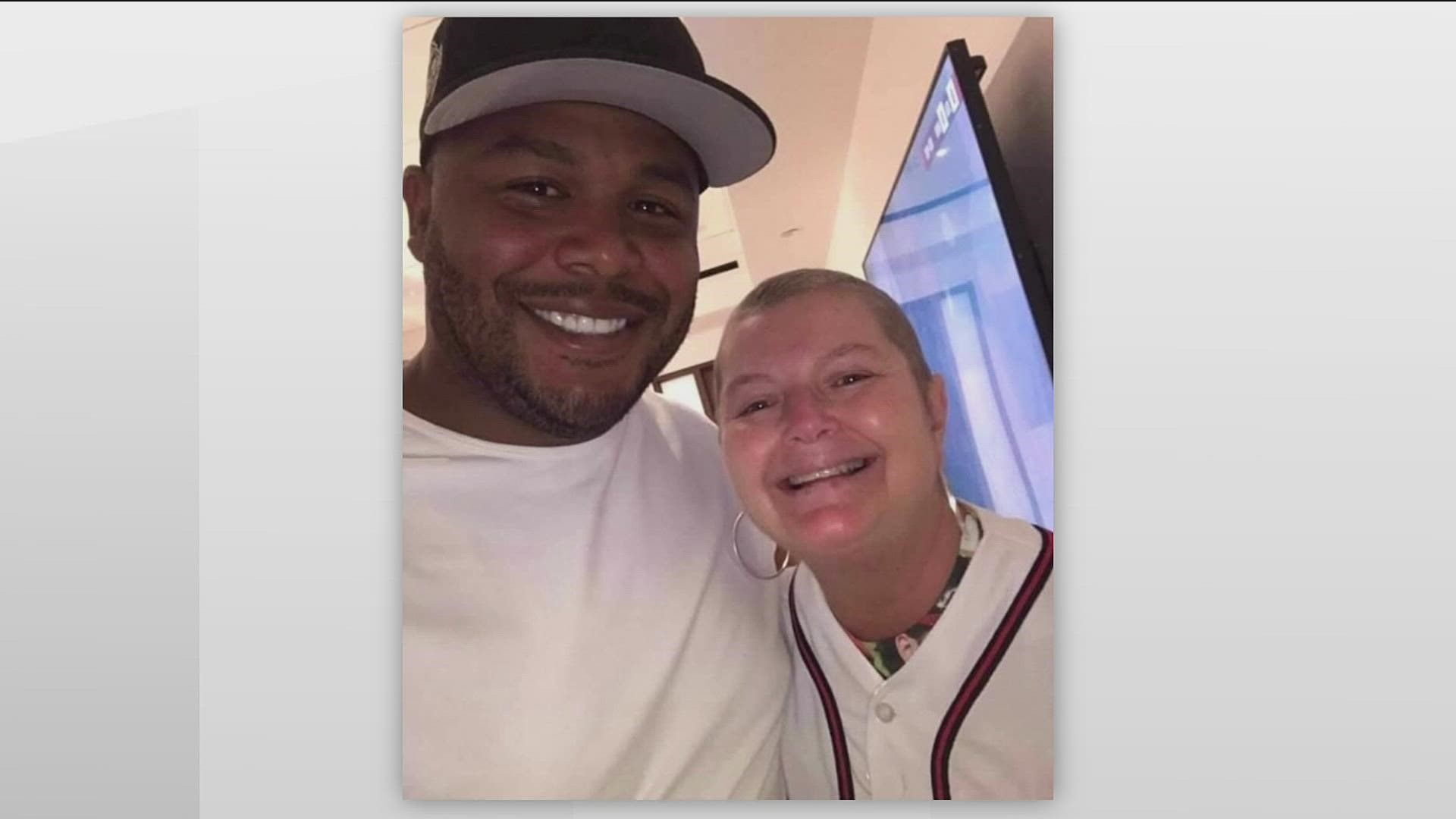 ATLANTA — A Braves fan who finished chemotherapy and then got to meet one of the team's stars after bringing a sign to the game got another experience of a lifetime on Friday night.

That led to a thrilling meeting with her favorite player after shortstop Dansby Swanson's dad, standing in the stands, noticed it.

RELATED: 'It means the world to me' | Braves fan completes chemo, meets her hero

The emotional moment went viral across the Braves fanbase, and she told Kaitlyn it meant the world to her.

After a fellow fan heard her story, he helped give her another moment she won't forget.

Wayne Strickland contacted Kaitlyn after the story aired and said he won a VIP suite for a game through a cancer fundraiser, and couldn't think of anybody better to invite than Tina.

So Friday night she went to Truist Park for the VIP experience... and got a little something extra.

At the suite to joining the fans was none other than Braves legend Andruw Jones:

When Tina spoke to Kaitlyn, she recalled watching the Braves win the World Series in 1995 and wearing a special had she'd once given her dad - so it was sure to be unbelievable to on Friday for her to meet a star of that 1995 championship team.