Danny Cronin has been making an NCAA Tournament bracket for decades until the virus put it on hold. 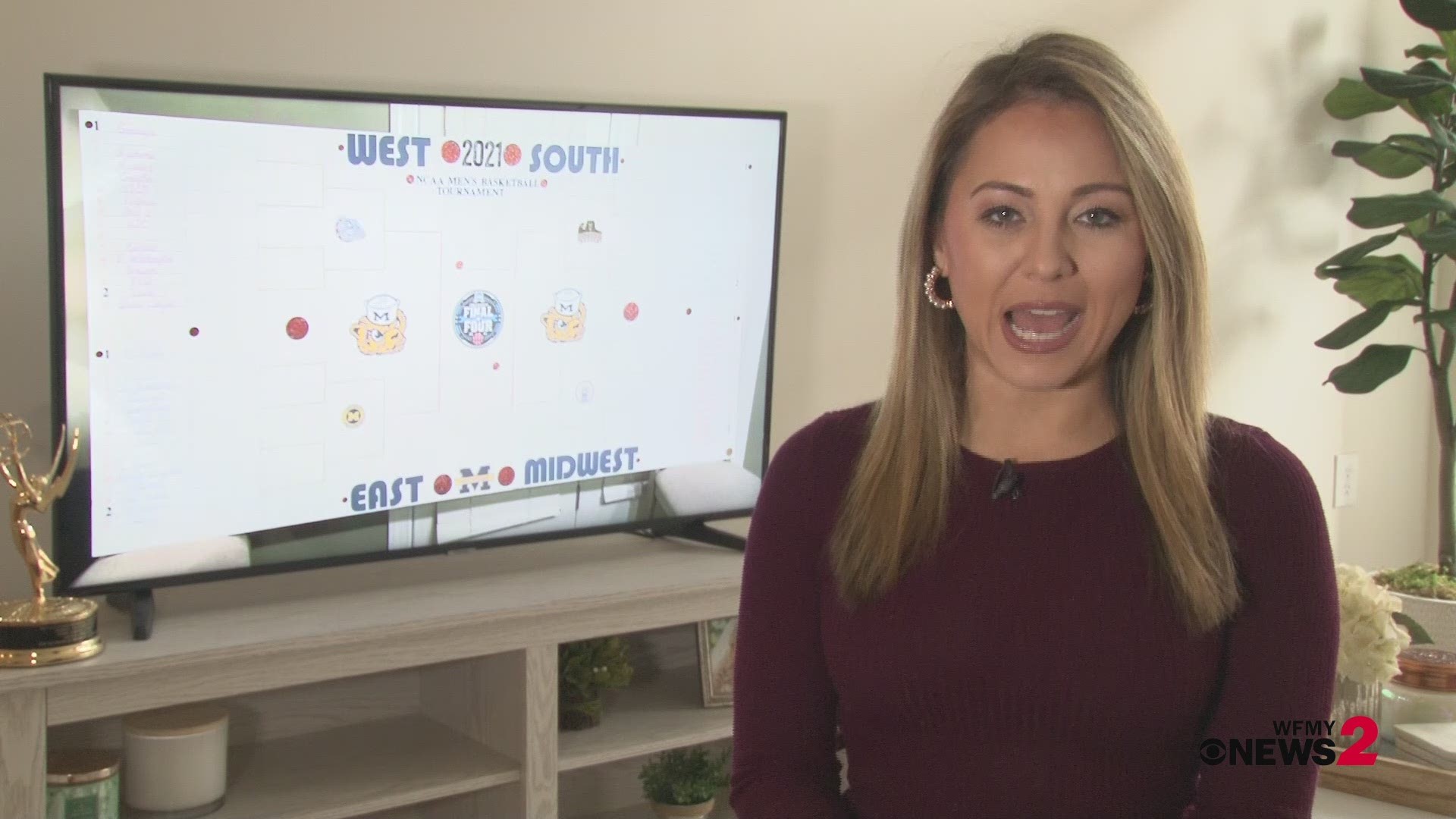 HIGH POINT, N.C. — Many of us have traditions we live out, whether it's related to a holiday or a certain time of year.

One Triad man has one when it comes to March Madness. The tournament was canceled last year, so he had to put it on hold.

Every year Danny Cronin makes a huge bracket for the NCAA Tournament. Last year, in 2020, was the first time he hasn't made one in more than 3 decades.

“It was very upsetting," said Cronin, who is a big basketball fan who created a giant NCAA bracket.

It was upsetting for many since we didn't have a 2020 NCAA Tournament due to COVID-19, but for Cronin, it was not just any year.

“Last year would have been the 33rd year in a row," said Cronin. "My baseball number in college was 33. It had a unique thing. Then everything got canceled.”

He spent 32 consecutive years spending time and energy making brackets before it came to an end.

Cronin said he has to order the board from a sign store weeks in advance.

“Last year I actually ordered all the boards because it didn’t get canceled until last minute," said Cronin. "I was ready to go and then everything got shut down."

This year, in 2021, he's able to get back to his tradition. He picked up the phone and ordered his board.

“It feels great to be back to somewhat normal," said Cronin.

He's also picking up his 33rd year of making an NCAA Tournament bracket, to live in his living room for the next 3 weeks.

“It would have been special last year," said Cronin. "So this is technically 33 even though its year 34. We’ll throw a little COVID-19 asterisk in there."