'I've had a positive attitude during this': Triad Olympic swimmer finds creative ways to train 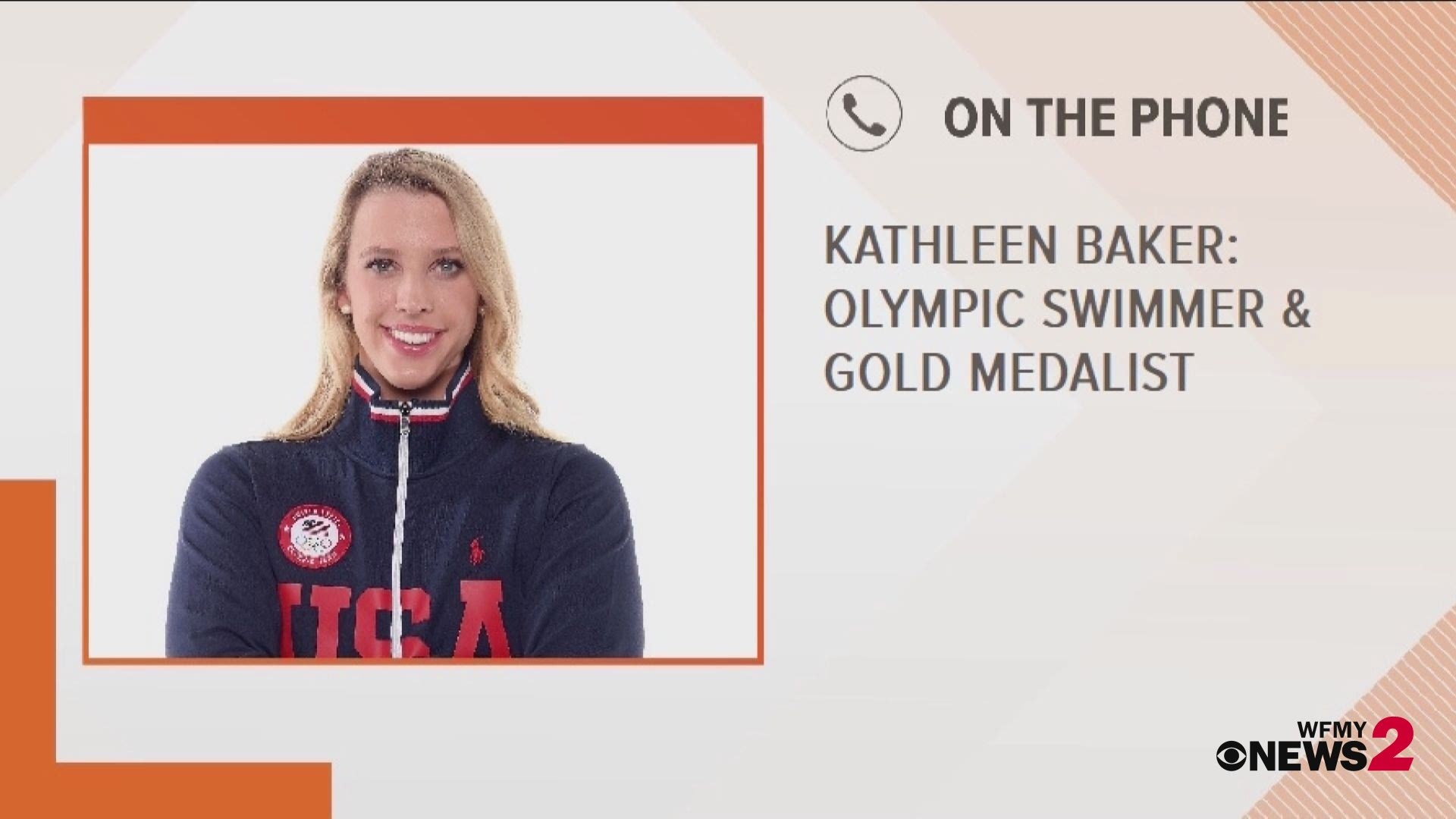 WINSTON-SALEM, N.C. — Kathleen Baker was hoping to head to her second Olympic games in 2020, but then it got pushed back until July 2021.

"I've had a positive attitude during this and have really just had a lot of faith that everything is going to turn out how it's supposed to," Baker said.

WFMY News 2 talked with Baker in April when the coronavirus forced the Olympic games to be postponed and training facilities to close. Baker was crushed.

Two months later, she has found ways to train.

She is from Winston-Salem, but she lives in San Diego now. She said she's taking advantage of living near the ocean. She surfs and swims in small pools.

RELATED: Postponed Tokyo Olympics could be downsized and simplified

RELATED: 'It's heartbreaking': Triad swimmer's Olympic hopes set back by a year

"There's nothing that really compares to the joy I have for swimming and for training and learning about my stokes and swimming itself," Baker said. "Right now, I'm still in the water but we're in this limbo. I'm training for the Olympics, but it's a year away. I don't have any check-up meets coming up, so it's an awkward time."

Baker said she has a lot more free time on her hands than she has ever had.

"I feel like the joy I'm having is an appreciation for being able to enjoy my life without swimming as intense as it usually is," Baker said.

Baker hopes to get into an Olympic sized pool by July.