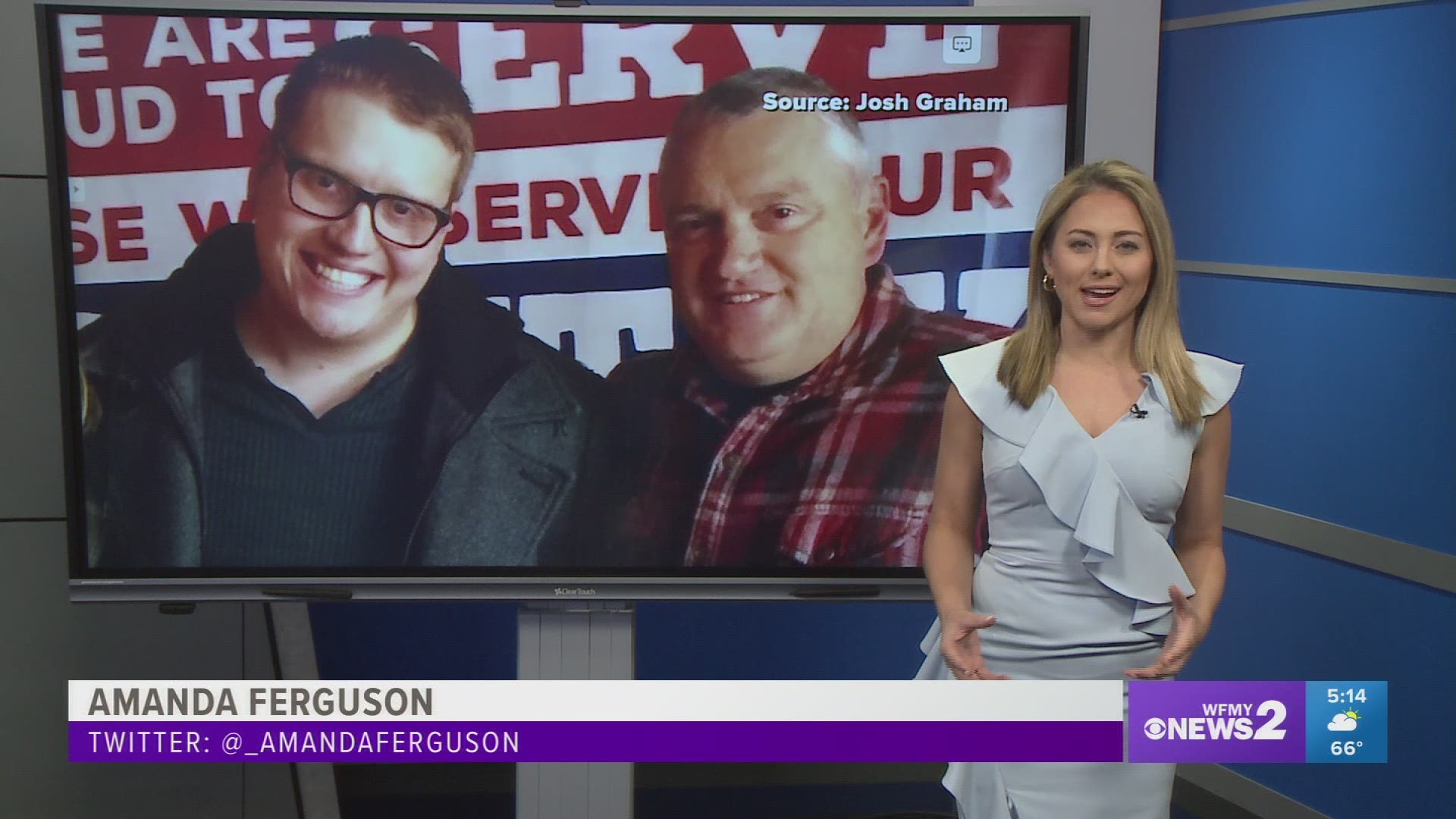 RALEIGH, N.C. — Sometimes in life we look for signs, something to tell us to keep going when times are tough.

For Triad Radio Host, Josh Graham's dad, Scott Graham, his came in the form of a baseball game and it didn't stop there.

Scott is a huge Orioles fan.

"He loves the Orioles more than any other team," said Josh Graham, who is Scott's son.

John Means threw a no-hitter for the Orioles last week, during a time Scott was fighting COVID-19 in a Raleigh ICU.

"I'm struggling with breathing, tired, by myself, lonely scared and not sleeping," said Scott.

Those were the feelings he was experiencing until Means' no-hitter helped distract the pain.

"When he got the no-hitter and they’re all celebrating and hugging, I had my phone next to me and I hit record because I wanted to share that moment with Joshua," said Scott.

"This is a team we bonded over," said Josh.

"I just started crying," said Scott. "I'm about to cry just thinking about it, so I take it and sent it to him."

It was a gift shared between dad and his son, but one dad didn't know just how much he needed.

“It became momentum that really impacted my health," said Scott.

Josh shared the moment with Twitter. John Means came across it and brought the life long Orioles fan another gift.

Means responded with a message: "Scott, I just wanted to reach out and tell you how much that video meant to me and my family. It's just so cool to see how much this sport means to fans like you. I just really hope to meet you one day at this ball park. We're praying for you. I hope you kick COVID's butt."

"I think I cried for about 30 minutes," said Scott. "Here is somebody that just did something that hasn’t been done since1969, probably the biggest moment in his life, and he would take the time for him to offer me well wishes, just really blew my mind."

It gave Scott the strength he needed to finally recover enough to come home.

Sported connected Scott to the outside world when he was isolated. It all started with a pitcher throwing a no-hitter for his favorite team.

"It gave me inspiration," said Scott. "I think sports can do that.”