'I'm thrilled because I get to coach him again': UNCG guard Isaiah Miller withdraws from NBA Draft

Isaiah Miller declared from the NBA Draft a few months ago, but decided to come back and play his senior season with the Spartans. 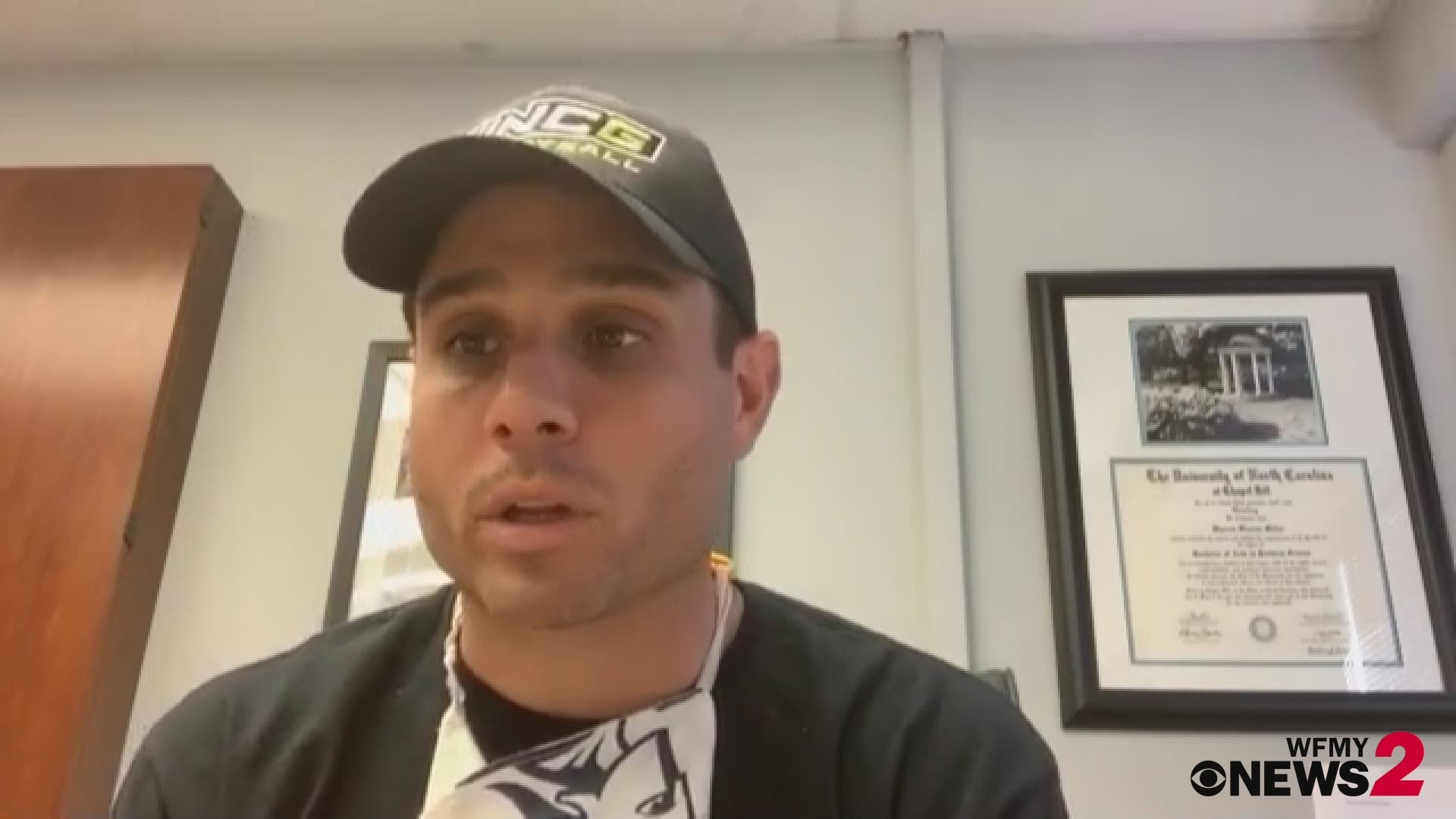 GREENSBORO, N.C. — UNCG guard Isaiah Miller declared for the NBA Draft months ago, but decided to come back for his senior season with the Spartans instead.

"From a selfish standpoint, we've always wanted him back because every year it's about putting the best possible team we can together," Wes Miller said. "We know with Isaiah Miller we have a chance to be better than we would have been without him. As a coach, you want what's best for your kids and Isaiah has given this program, this university so much these past 3 years. If the right thing was for him to go to the NBA, we were going to be supportive of that. I think he was really deliberate of how he went through the process. He got really good feedback. I just don't think this was the right time. I think he got feedback on what he needs to do to put himself in a different position next year. I'm thrilled because I get to coach him again."

RELATED: 'I don't know what I'd do' | GCS student athletes team up to call for fall sports

Miller said Isaiah needs to work on his shooting for the next level. He said he needs to shot a better percentage from the free-throw line and the 3-point line. He said Isaiah has been working to improve those things.