"That's when I go all out and put on a show": UNCG's Isaiah Miller's pregame show

UNCG senior guard Isaiah Miller warms up for game by putting on a dunk show. 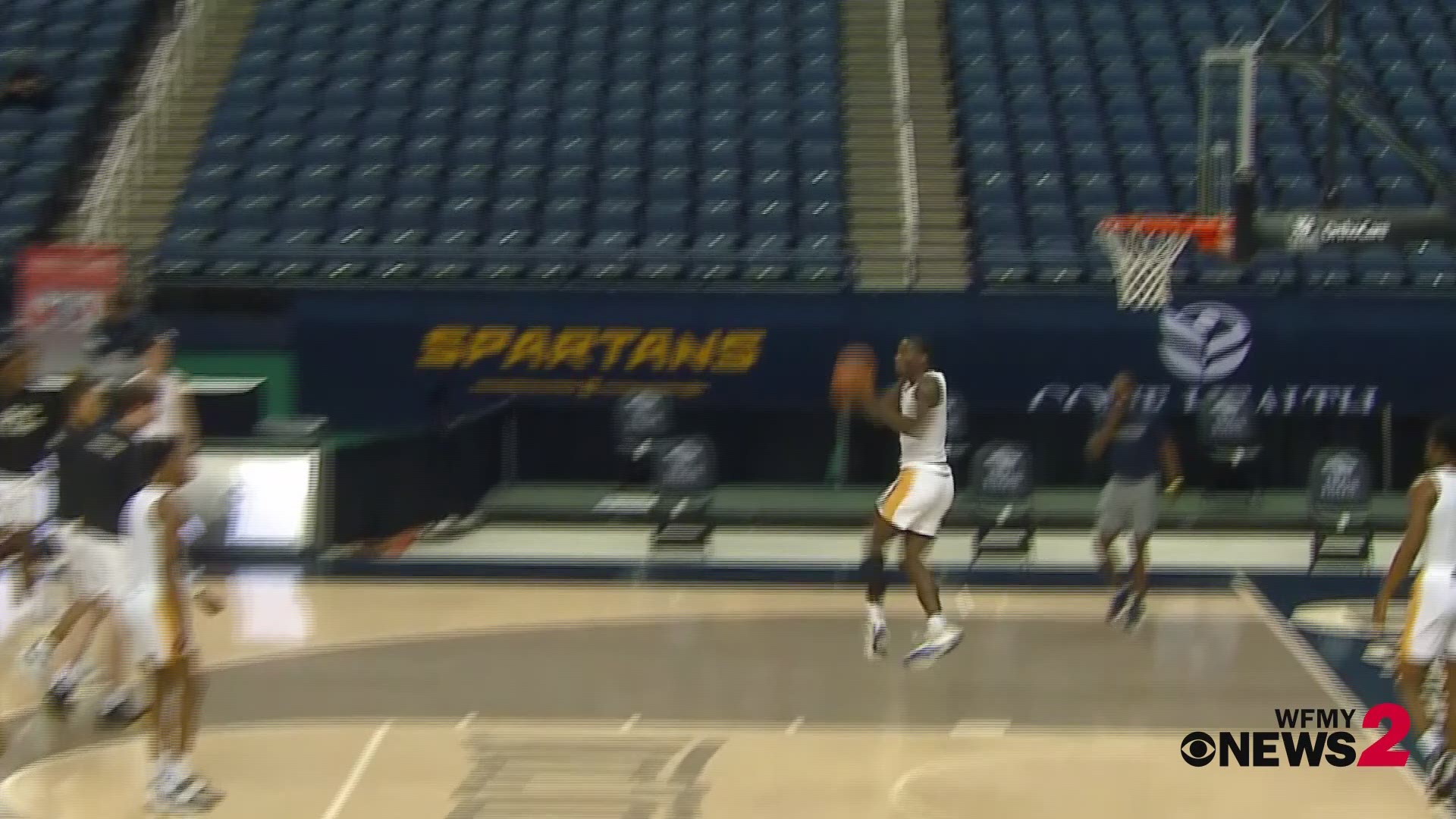 GREENSBORO, N.C. — It's a bird. It's a plane. No, it's UNCG's Isaiah Miller flying through the air.

Dunking is part of his pregame routine. He has spin moves, reverse dunks, and one-handed slams.

“Those type of dunks really get me warmed up, that’s when I go all out and put on a show," said Isaiah Miller, who is a senior guard for UNCG.

“When we first go out and do 2 line lay ups, it always got me going," said Miller. "It always got my legs warmed up, see how I'm feeling, that’s something that just came about.”

This season, Miller said his dunks are a bit different.

“I think my bounce got a crazier this year," said Miller. "I don’t know what’s going on.”

Fans aren't able to see Miller's bounce from the stands, but said they're a big part of his pregame tricks.

“It’s just a way to put on a show," said Miller. "Obviously we don’t have fans, but usually it would be for the fans. There would be 'oh's and aw's'. Make sure everybody knows I’m not a small dude. I really have bounce the rumors are true. It’s a body trick too. To see how my legs are feeling.”

The Spartans have their final home game of the season Wednesday night. We won't be able to see those dunks live in person, but we hope our video gets you excited to cheer on UNCG from home.

Miller said he learned his dunks from LeBron James.