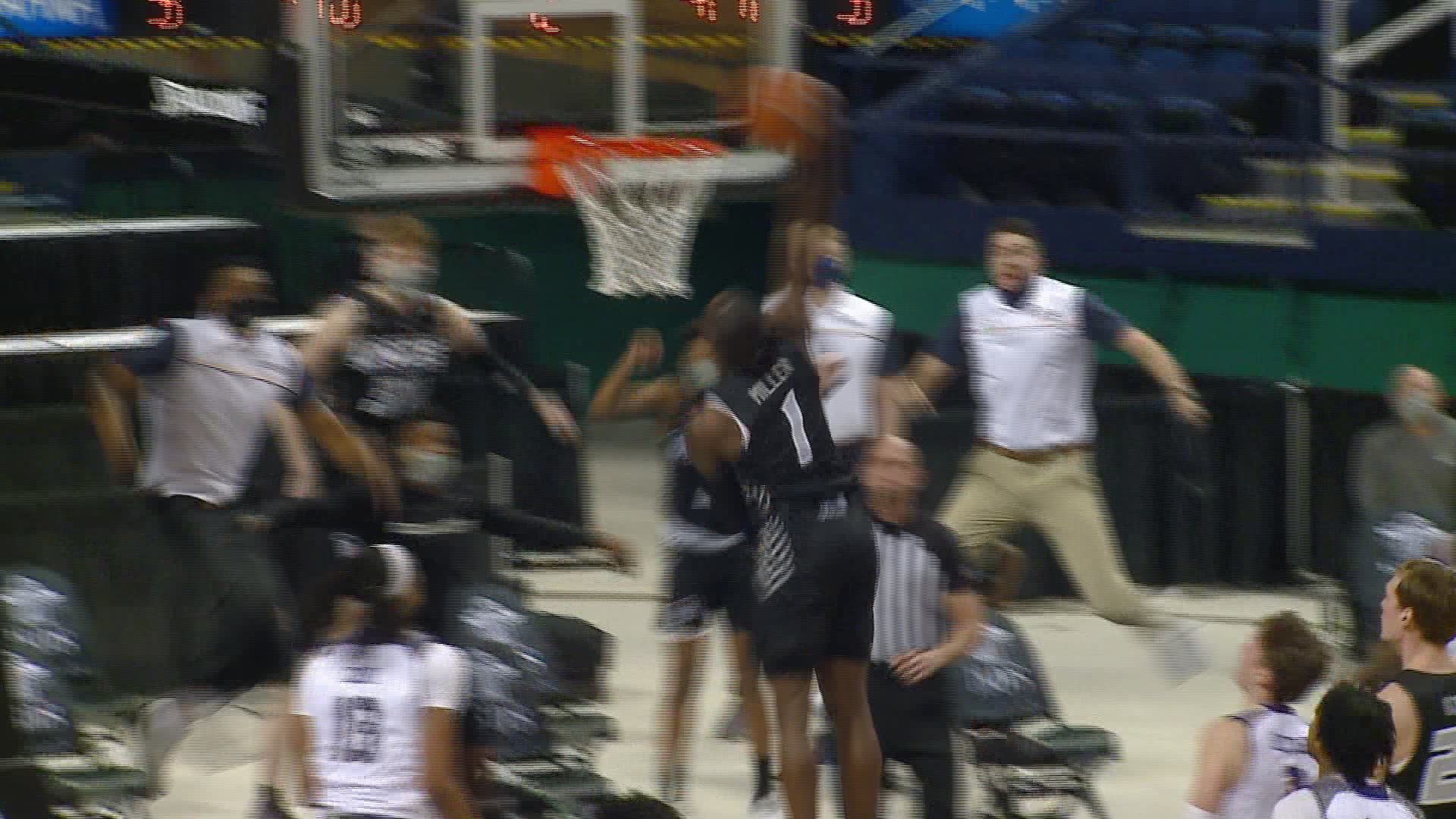 The 6-0 guard led the SoCon in scoring this season with 19.2 points per game and steals with 2.6 per game and finished eighth in rebounding at 6.8 per contest, helping the Spartans to SoCon regular-season and tournament titles and earning Most Outstanding Player honors at the 2021 Ingles Southern Conference Basketball Championship presented by General Shale Brick. The only player in program history to appear in multiple NCAA Division I tournament games, Miller won 100 games in his four-year career – including a program-record 29 in 2018-19, when the Spartans were the No. 1 seed in the National Invitation Tournament – and finished second in SoCon history with 315 career steals and third in UNCG history with 1,942 career points. He was part of four 20-win seasons and became the first player to lead the league in scoring and win the tournament championship in the same season since Davidson’s Steph Curry in 2007-08.

This season, the Covington, Georgia, senior was a finalist for the Lou Henson Award, presented annually to the top mid-major player, and the Lute Olson Award, which goes to the top player in Division I. In addition to earning All-America honors in association with both of those awards for the second straight season, he was a member of the Lefty Driesell Defensive All-America Team for the second time in as many years.

Miller, who graduated in May with a degree in communications, participated in community service initiatives with the UNCG athletics department and participated in peaceful protests in Greensboro, North Carolina, with the men’s basketball team.

Jennings becomes the 10th Paladin to earn the SoCon Female Athlete of the Year award and the second straight, as current Symetra Tour player Natalie Srinivasan earned the honor in 2019-20.

Jennings qualified for the NCAA East Preliminaries in four events this season, the 800-meter run, 1,500-meter run, the 5,000-meter run, and the 3,000-meter steeplechase, electing to focus on the latter. She finished seventh in the steeplechase at this year’s NCAA Outdoor Track and Field Championships, erasing her own school record with a time of 9:38.24 and earning All-America honors in the event for the third time in her career. The senior from Slidell, Louisiana, who lowered her personal-best time in the event in each of her last four collegiate efforts, also competed in the U.S. Olympic Trials in the steeplechase in June, finishing 22nd.

The holder of five school records, Jennings set the program’s 5,000m mark of 15:33.59 as a senior this season. She also holds the school standard in the outdoor 1,500m, the indoor mile and the distance medley relay. At the SoCon Outdoor Track and Field Championships this spring, she won the 1,500m and finished second in the 800m. Jennings, who also earned All-America honors in cross country and indoor track in her career, is a three-time All-Southeast Region performer in cross country, finishing second in the regional race in 2019. She is a five-time SoCon champion on the track.

She recently signed pro contracts with Team Boss and adidas.

The Athlete of the Year Awards are selected annually by the Southern Conference athletics directors and a media member representing each conference school. The award recognizes athletic achievement, academic performance and civic involvement. Prior to 1990-91, the award was selected solely by members of the Southern Conference Sports Media Association. Beginning in 1991-92, the men's award was named after the late Bob Waters, who was Western Carolina's head football coach from 1969-88.