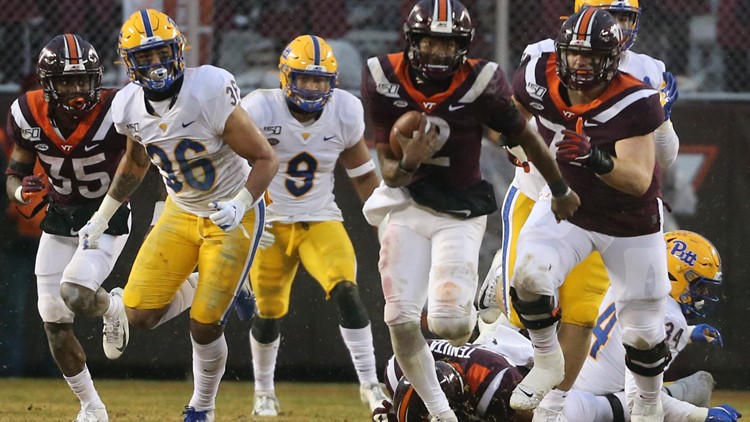 Photo by: AP
Virginia Tech quarterback Hendon Hooker (2) runs for first down in the first half of an NCAA college football game against Pittsburgh in Blacksburg Va. Saturday, Nov. 23 2019. (Matt Gentry/The Roanoke Times via AP) 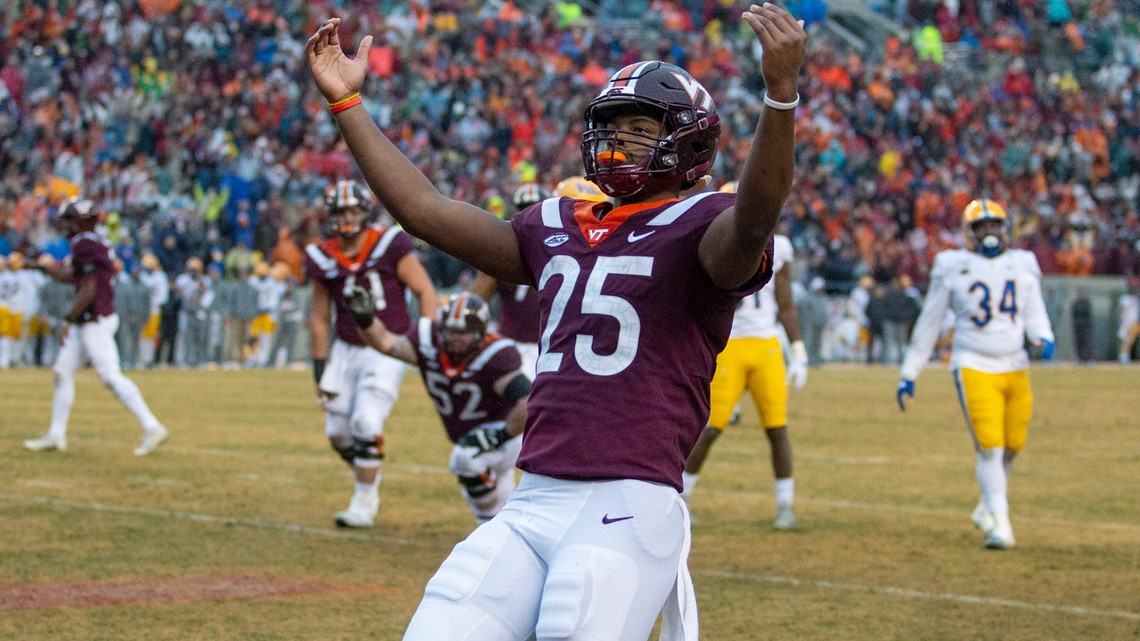 BLACKSBURG, Va. — Hendon Hooker threw for 153 yards and two touchdowns to lead No. 25 Virginia Tech to a 28-0 victory over Pittsburgh on Saturday.

Hooker threw touchdown passes to Tré Turner and Damon Hazelton, and Virginia Tech’s defense scored on a fumble return, as the Hokies (8-3, 5-2 Atlantic Coast Conference) notched their sixth win in their past seven games.

The Virginia Tech win sets up a showdown next weekend with rival Virginia, with the victor claiming the ACC’s Coastal Division and an ACC championship game berth on Dec. 7.

Hooker’s 71-yard pass to Tayvion Robinson led to James Mitchell’s 1-yard touchdown run in the first quarter, giving the Hokies a 7-0 lead. Moments later, Norell Pollard returned a Pickett fumble 7 yards for a touchdown that pushed the lead to 14.

Virginia Tech essentially put the game away with Hooker’s 3-yard touchdown to Turner with 45 seconds left in the first half. Hooker completed 10 of 13 passes in moving to 6-0 as the starting quarterback.