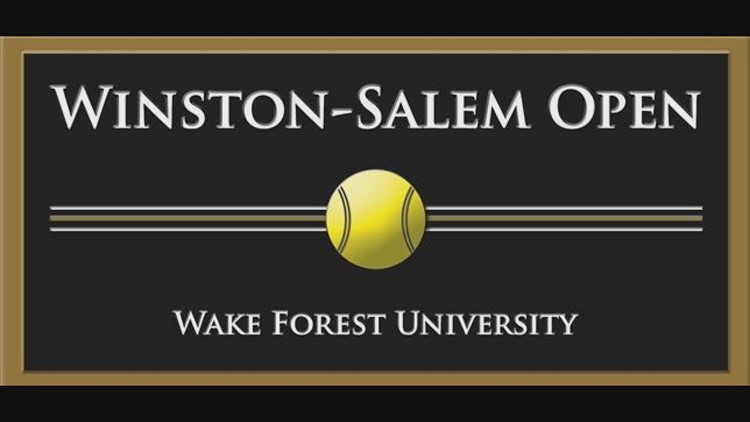 WINSTON-SALEM, N.C. (JULY 11, 2019) – The Winston-Salem Open at Wake Forest University has released the playing field for the 2019 tournament, which will be held August 17 through 24 at the Wake Forest Tennis Complex adjacent to BB&T Field.  Competitors from the playing field acceptance list will occupy 38 of the slots in the tournament’s 48-player singles draw.

In addition to the playing field acceptance list, the Winston-Salem Open has named Tomas Berdych as the first wild card for the Singles Main Draw.  Berdych, who has been ranked in the top four players worldwide, is returning after recuperating from a back injury.

“We have an incredible playing field lined up for this year’s Winston-Salem Open, including two players—Borna Coric and Nikoloz Basilashvili—who are ranked in the top 20.  Another player to watch is Sam Querrey, who has been moving up in the rankings in the past few weeks,” Winston-Salem Open tournament director Bill Oakes said.  “In addition to well-known players, this year’s playing field includes several rising tennis players who represent the future of tennis.”

“More than half of the currently ranked top 30 players in the world have competed in the Winston-Salem Open in past years, and 12 of Wimbledon’s Round of 16 have played here in the past or will be here for this year’s tournament,” he said.  “Eight of the possible 36 titles on the 2019 ATP Tour have been won by players who are in our tournament this year.”

The remaining nine spots in the field will be determined in coming weeks—three more players will come via wild card entries, four will be determined by qualifying and two are special exemptions. Additionally, there will be an additional field of 16 doubles teams to be named closer to the tournament.

“We’re thrilled that Tomas Berdych accepted our invitation to the be the first wild card.  He’s another fan favorite in Winston-Salem,” Oakes added.  “We will fill the remaining slots with other incredible players and look forward to having another blockbuster tournament in just a few weeks.  Winston-Salem is going to be the right place to be to watch tennis in late August.”

The Winston-Salem Open also has introduced the official tournament app, which provides innovative ways to elevate the fan experience with instant access to draws and live scores, news and event information, and tickets.  The app also offers a way for fans to enjoy fun challenges and trivia where they can earn points to redeem for one-of-a-kind experiences and tournament merchandise.

“The app is a significant addition to this year’s tournament that further enhances the fan experience,” Oakes said. “The app features a fan portal and will notify fans of weather conditions, autograph sessions, and other events. Those who already have checked out the app love it, and I urge all tennis fans to download it as soon as possible to begin enjoying the app’s benefits, including announcements of the remaining players.”