With no crowd noise, Panthers will move huddle back 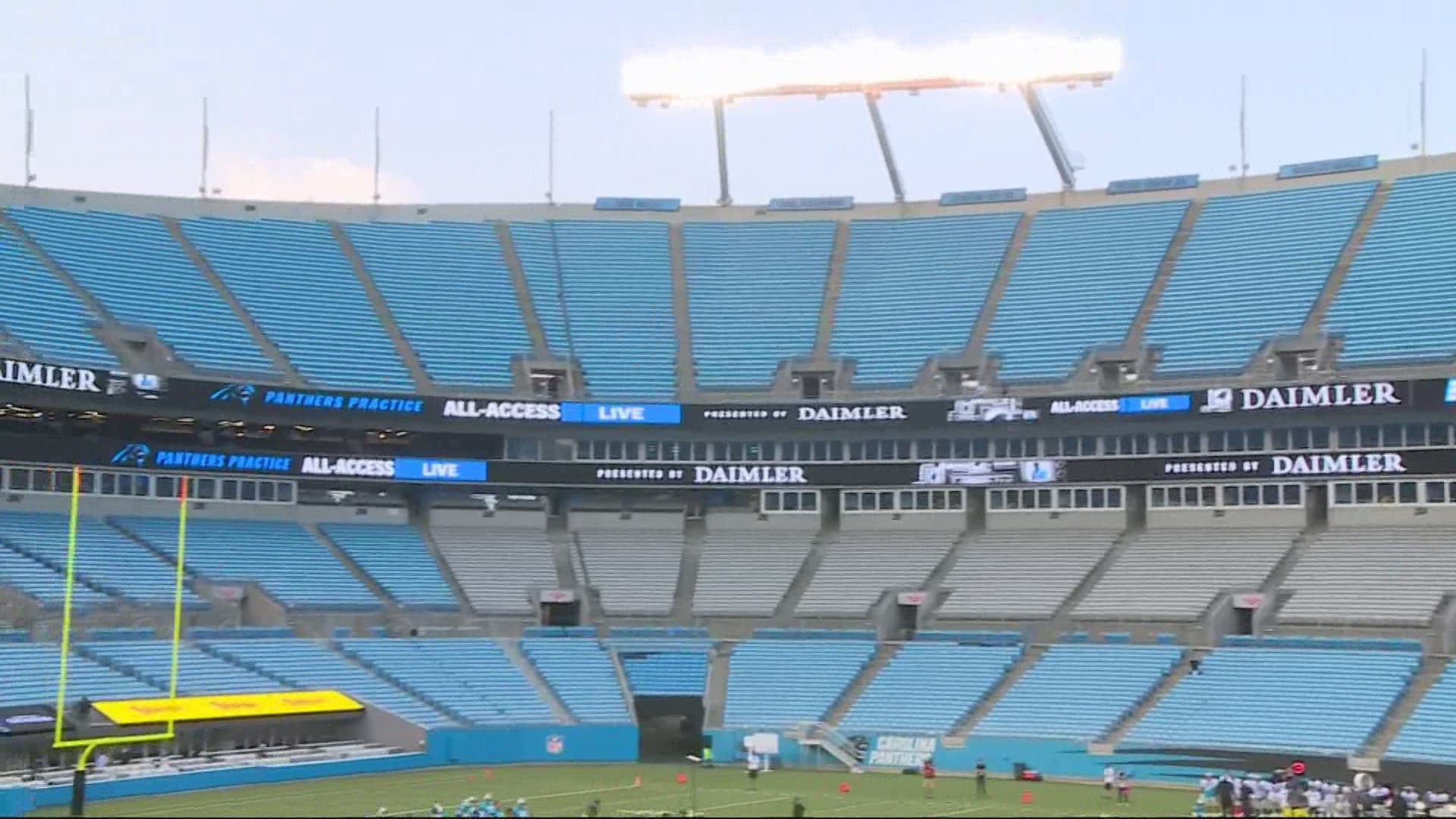 CHARLOTTE, N.C. — One small difference you can look for when the Carolina Panthers host the Las Vegas Raiders on Sunday? The distance between the team's huddles.

Carolina is not allowed to have fans at the game Sunday, and teams are allowed to play piped in crowd noise up to 70 decibels.

For perspective, the Chiefs Arrowhead Stadium has been recorded over 140 decibels at certain games.

Panthers Head Coach Matt Rhule mentioned Thursday that the team would keep its offensive huddle just a bit further back from the defense than normal, so the opposing team can't hear what's being said.

However, Rhule still wants quarterback Teddy Bridgewater to carry his normal voice and cadence in the huddle and at the line of scrimmage.