Double forward pass? Shootout-style overtime? These are just a few of the wrinkles the XFL is adding to their version of professional football. 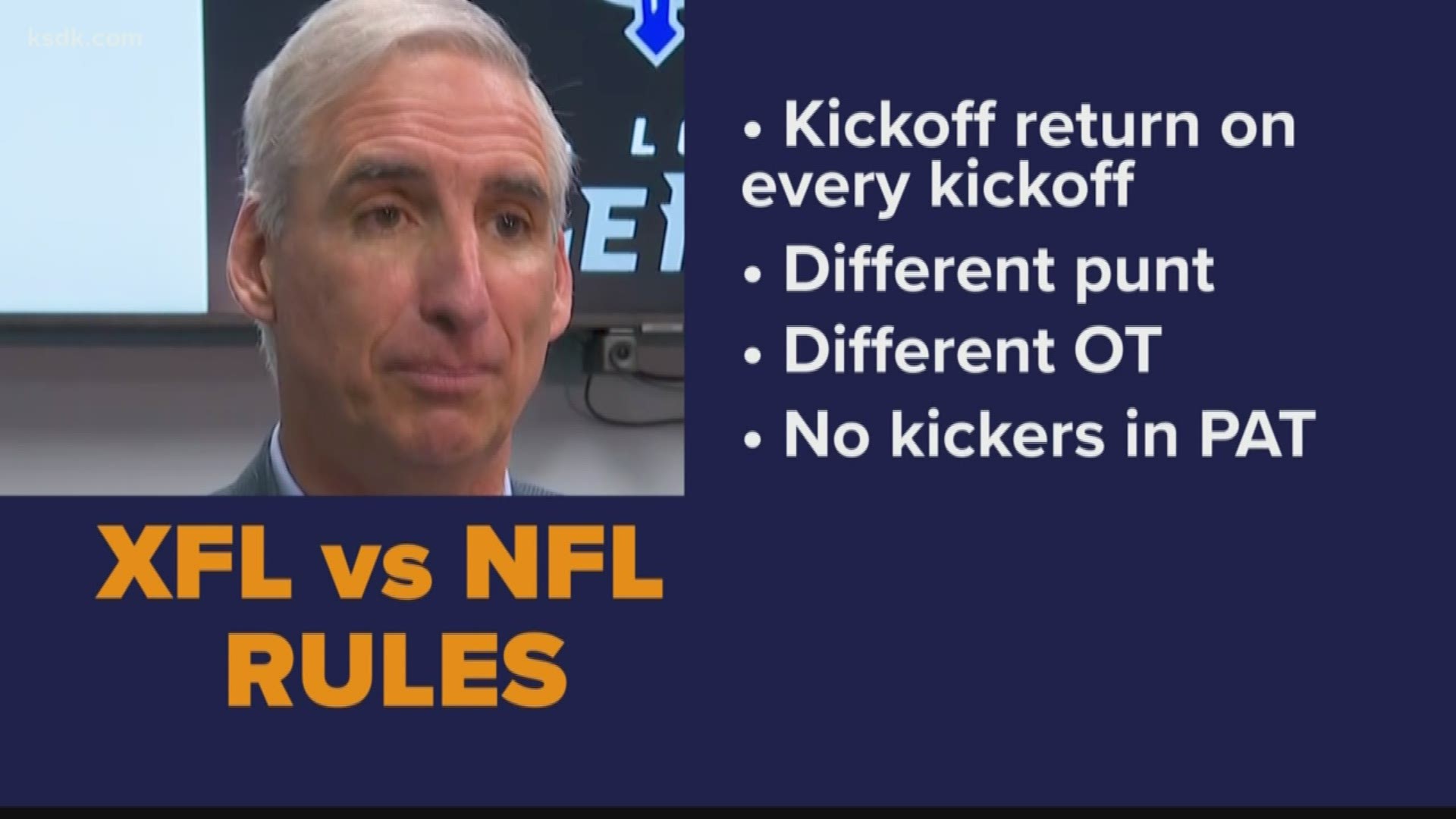 ST. LOUIS — We're now just a little over a month away from the Battlehawks kicking off their inaugural season in the new XFL. When they do kick off against Dallas on February 9, the game play might be a bit different than what you're used to.

The XFL announced their new rules on Tuesday focusing on "less stall and more ball".

You can check out all the rules by clicking here, but we'll highlight some of the key ones below.

In the XFL style of overtime, each team will get five attempts to score from the 5-yard line, with each team receiving two points for every time they score.

The best of five wins, and if it's still tied the two teams move to single rounds until one team scores and the other doesn't. There will be no ties.

The defense also can't score if they force a turnover.

The kicker and the returner will be the only players able to move around until the ball is caught by the returner, or hits the ground.

There will be penalties for touchbacks and kicks that go out of bounds to incentivize big plays on kickoffs.

There will also be no surprise onside kicks, and teams will have to notify officials they would like to attempt one. Teams will then line up per traditional NFL rules.

There will be no kicks after touchdowns in the XFL.

The XFL is changing some parameters related to timing, in an effort to speed up the action.

There will be a running clock that runs continuously outside of the two-minute warning, and teams only get two timeouts per half.

There will be a 25-second play clock between plays to eliminate down time.

Halftime will only be 10 minutes.

There will be a dedicated ball-spotting official to enable faster ball spots and speed up the game.

RELATED: 10 things St. Louis sports fans can be thankful for in 2019

RELATED: St. Louis' XFL team will be the BattleHawks