A heart transplant recipient shared his gratitude and heartbeat with the family of his late donor in an emotional video. 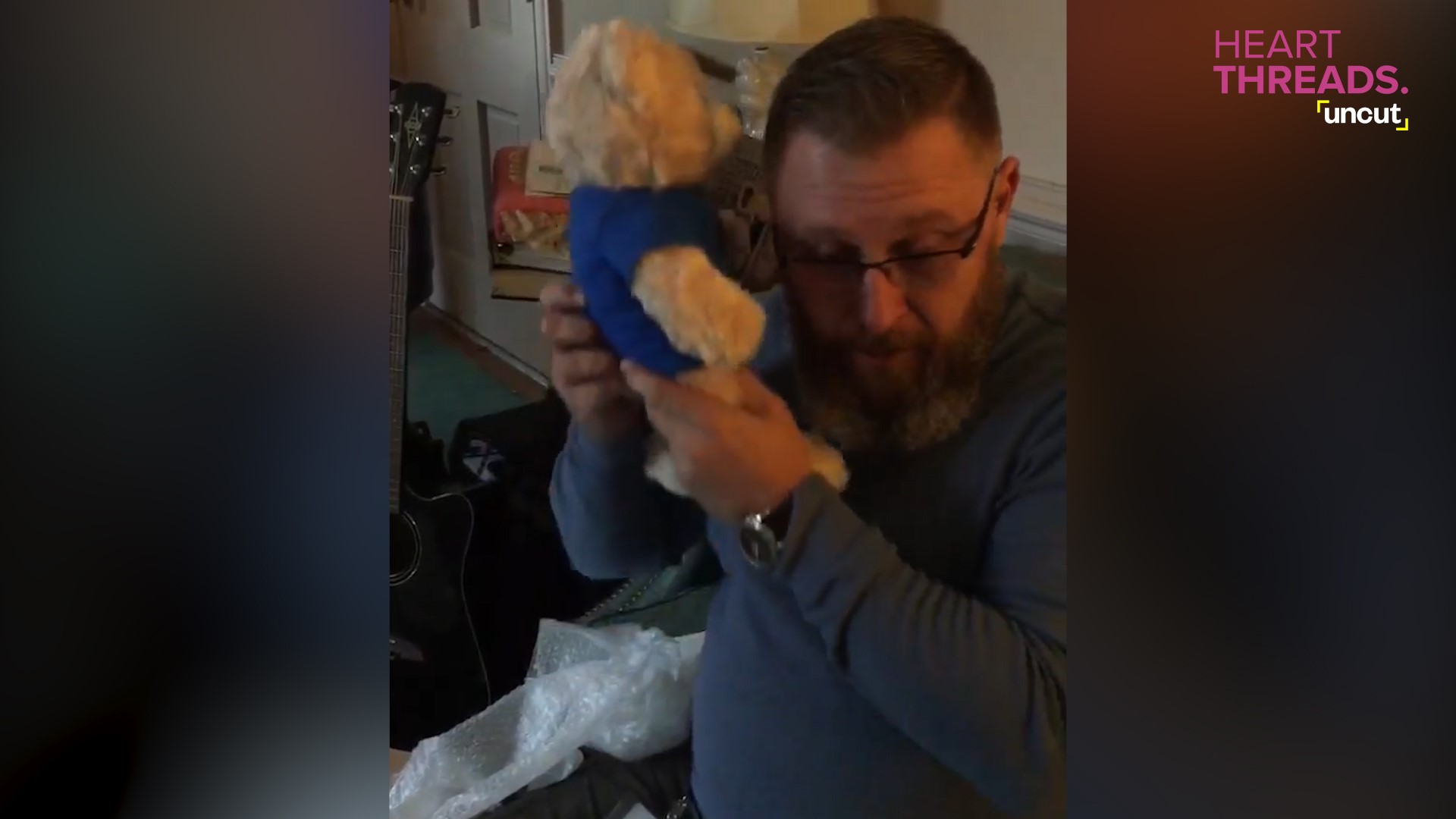 A year after John Reid lost his 16-year-old son Dakota to a car crash, he broke down in tears as he opened a special gift: a teddy bear with his late son's heartbeat.

The gift came from Robert O'Connor, one of the five recipients of Dakota's organs.

Robert had suffered from a heart condition for 10 years when it suddenly worsened and he had to be put on life support. Dakota's heart gave Robert a second chance at life.

Robert came up with the idea to show his gratitude during an annual check-up at Tufts Medical Center in Boston. With the help of hospital staff, he taped his heartbeat and put the recording in a Build-a-Bear. He even dressed the bear with a shirt that says "Best Dad Ever."

RELATED: Watch the touching moment this football player stunned his step-father by changing his last name

“John and Stephanie, we would have preferred to give this to you in person, but not sure when that would happen,” the letter reads.

"[Hospital staff] made arrangements with the echocardiogram team [to record] Dakota's heartbeat during the exam," John choked up as he realized what the gift was about.

John pressed the bear's paw, and a recording of steady heartbeat started playing. He held the bear close to his ears and started sobbing.

When Dakota was at the hospital after the accident, John laid his head on his son’s chest and listened to his heartbeat.

“When I got that bear, It took me back to those nights,” said John.

John believed that Dakota’s organ donations helped him cope with his son’s death and he called on others to consider becoming an organ donor.

"I don't think I could have been able to get over losing him if it hadn't been for the opportunity that he lived on through other people,” John said.

Credit: Stephanie Reid/John Reid
Dakota Reid, who was only 16 when he was killed in a car crash

John remembered Dakota as a “typical teenager” who was funny and couldn’t stand seeing anyone being sad or upset.

“I was able to reflect on the memories and the time we had together. I thank God every day for the time I had with him,” John said.

HeartThreads are the best stories about the best of us. Want more? Follow us: