See how one email changed lives of 5 Seattle friends

This is the story of how one email changed the course of a dream for five Seattle teens in the music scene. 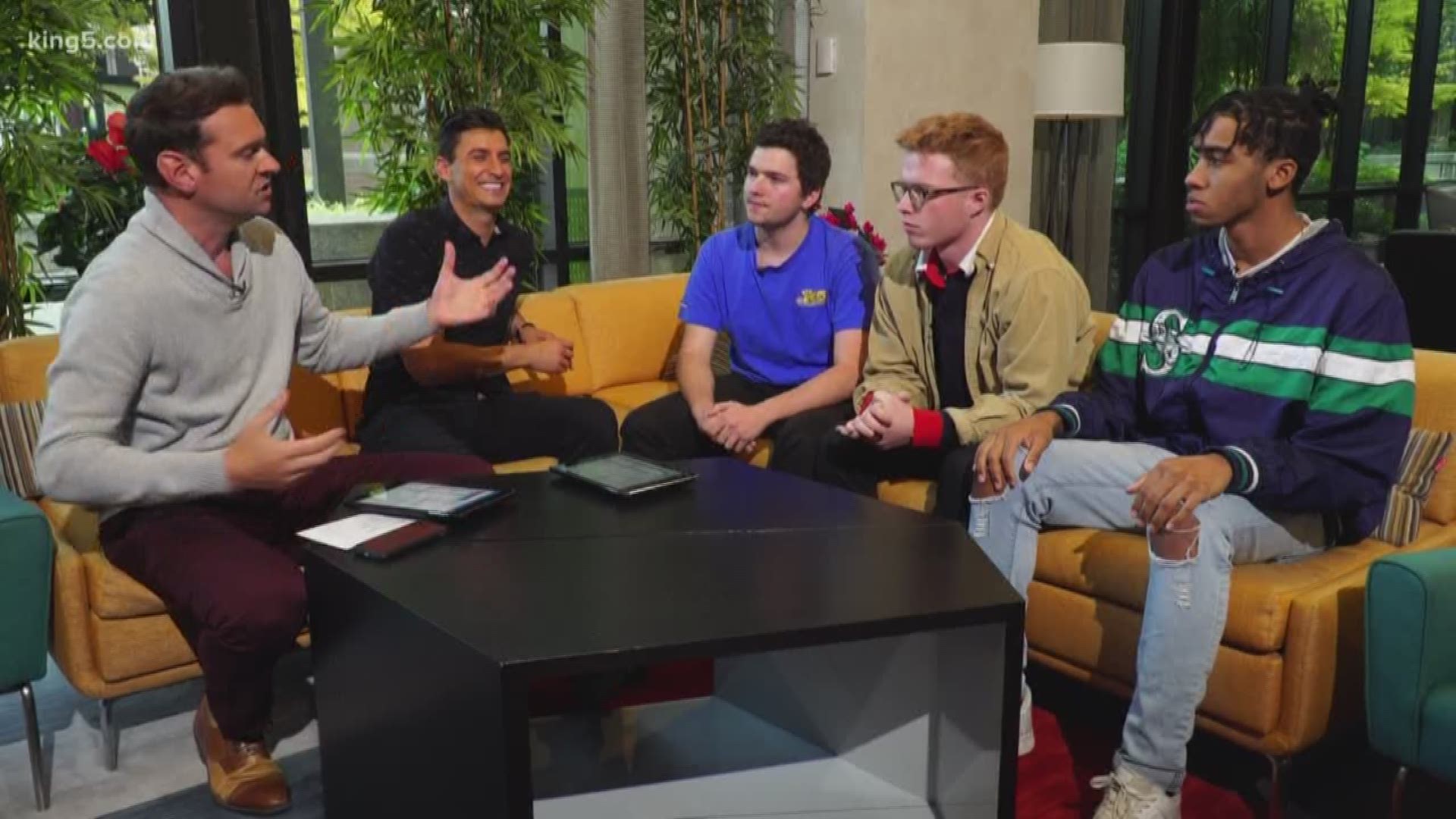 All it took was one email to change the lives of five Seattle teens who had a dream of performing their music live and having people wanting to hear more.

So they reached out to their favorite YouTube stars for help — and a few months later, they were realizing their dreams and having the time of their lives, performing in front of a sold-out crowd. And that was just the beginning.

The group of 18-year-olds, who’ve been friends since middle school, put together a hip-hop and rap group, 49th Parallel, a few years ago. Their buddies at Roosevelt High School liked the music, but after reaching out to YouTube celebrities, Yes Theory, they’ve gained fans around the world, including supporters from Sweden, Poland, Germany, and New Zealand.

“We went from being ecstatic when 50 of our friends came to our album release party, to thousands of people listening to our music and reaching out to us. I think the craziest thing for me is just how supportive and loving everyone has been throughout the last week, it’s meant more than I can say,” said band member Ben Early.

It all started in July, when the band’s producer, Nicky Swedin, wrote the email to Yes Theory, a YouTube channel with more than 2.5 million subscribers, asking for help to conquer a fear of performing their music live. Yes Theory, comprised of three 20-somethings based in Venice, California, have a mission of helping people get out of their comfort zones – and face their fears – in order to lead the most fulfilling life possible.

“We didn’t have any idea of where we wanted to take (our music) so I was like, ‘Let’s just shoot for the stars and do something crazy.’ So I decided to just send them a message and see what happens,” said Nicky.

What happened next was a shocker. In August, the group Facetimed Nicky out-of-the-blue with a question that went something like this: "How would you like us to come up to Seattle in a few days and put on your first-ever live concert?"

The answer was an instant: "Yes!"

“I thought I was getting punked or it was a mistake,” said Nicky.

That was on a Tuesday. On Thursday, Thomas Brag and Matt Dajer of Yes Theory arrived in Seattle and met the guys. By Friday morning, they’d secured a venue for the concert, which sold out in about two hours. That night, roughly 300 fans cheered and danced for two hours to the music of 49th Parallel.

“It was insane. The concert was insane,” said Sam (Coastal) Wright, one of 49th Parallel's rappers.

“It was surreal. It was the most surreal moment ever. It almost felt magical,” said Aidan (AK) Kamara, another of the band's rappers.

But the ride had just begun. On Sunday, October 14, Yes Theory added the video of the experience with 49th Parallel on their YouTube channel. Nearly one million people have viewed it as of Friday afternoon. Thousands of those fans have reached out to the band on their Instagram account and have been listening to their music.

Prior to the video coming out, 49th Parallel had 1,150 “listens” to their songs on their SoundCloud account. In the five days since the video went online, that number’s up to nearly 300,000.

“It’s crazy. I still haven’t taken it all in yet. The fact that this many people are listening to our music is insane. I feel like we are actually legitimized, doing what we love and that means the world to me,” said Vasili (Chilly Boi) Varlamos, a 49th Parallel rapper.

“I think our goal now is to make a living off of what we love and just be able to pursue our dream as much as possible so that we can continue to hang out as friends and do what we love for the rest of our lives,” said Sam Wright.

The band members are all freshmen at different universities now, but plan to put on their next concert over winter break. In the meantime, their music is now available on Apple Music, Spotify, SoundCloud and YouTube and they said they’re grateful for the one email that made it all happen.