Mercury Passes in front of Sun on Monday; How to See It and Where to Watch

It won't happen again until 2032, but you won't see it this time unless you have the right tools 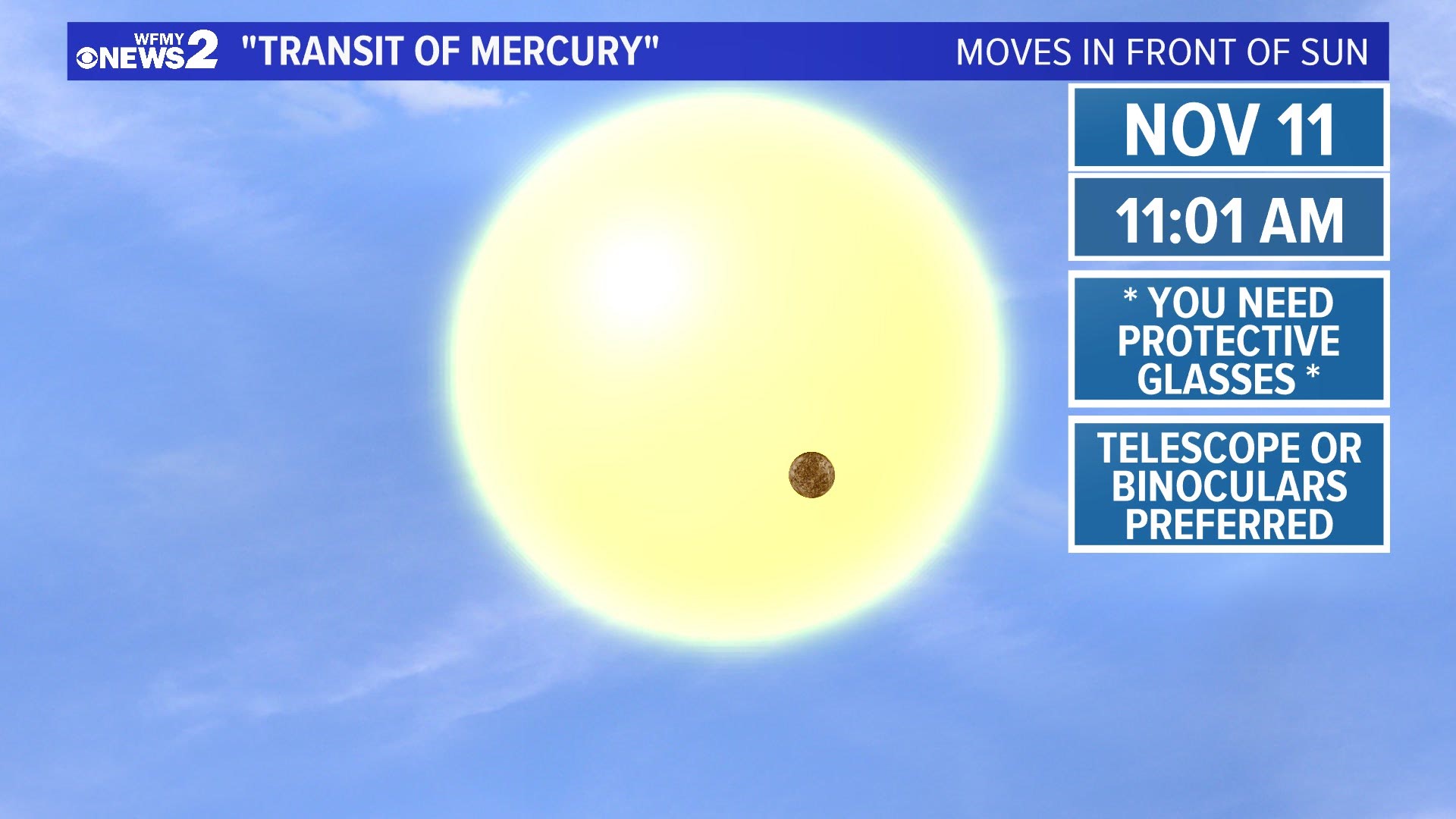 GREENSBORO, N.C. — The planet Mercury will be passing in front of the sun on Monday. It's called the "Transit of Mercury" - and it's pretty rare.

During the event, Mercury will appear as a tiny black dot on the sun, moving from left to right. It will visible for the entire morning. The problem is that it's a bit tough to see. Here's how you can watch.

- Protective eclipse glasses or a solar filter (It is never safe to look at the sun without protection. Sunglasses are not safe)

- Telescope or binoculars for magnification

- The transit will begin at sunrise, around 7:35am in the Triad

- The Greensboro Science Center will be hosting the Greensboro Astronomy Club for a viewing party between 10am and 1pm Monday. The event will take place in front of the main entrance and is free for all to attend.

- The Cline Observatory at GTCC will also have telescopes available for public use at their facility. It's located on the GTCC Jamestown campus.

Events like this are rare. The next time you'll be able to see a Transit of Mercury won't be until 2032. The last time this happened was in 2016. There are about 13 or 14 such events each century. 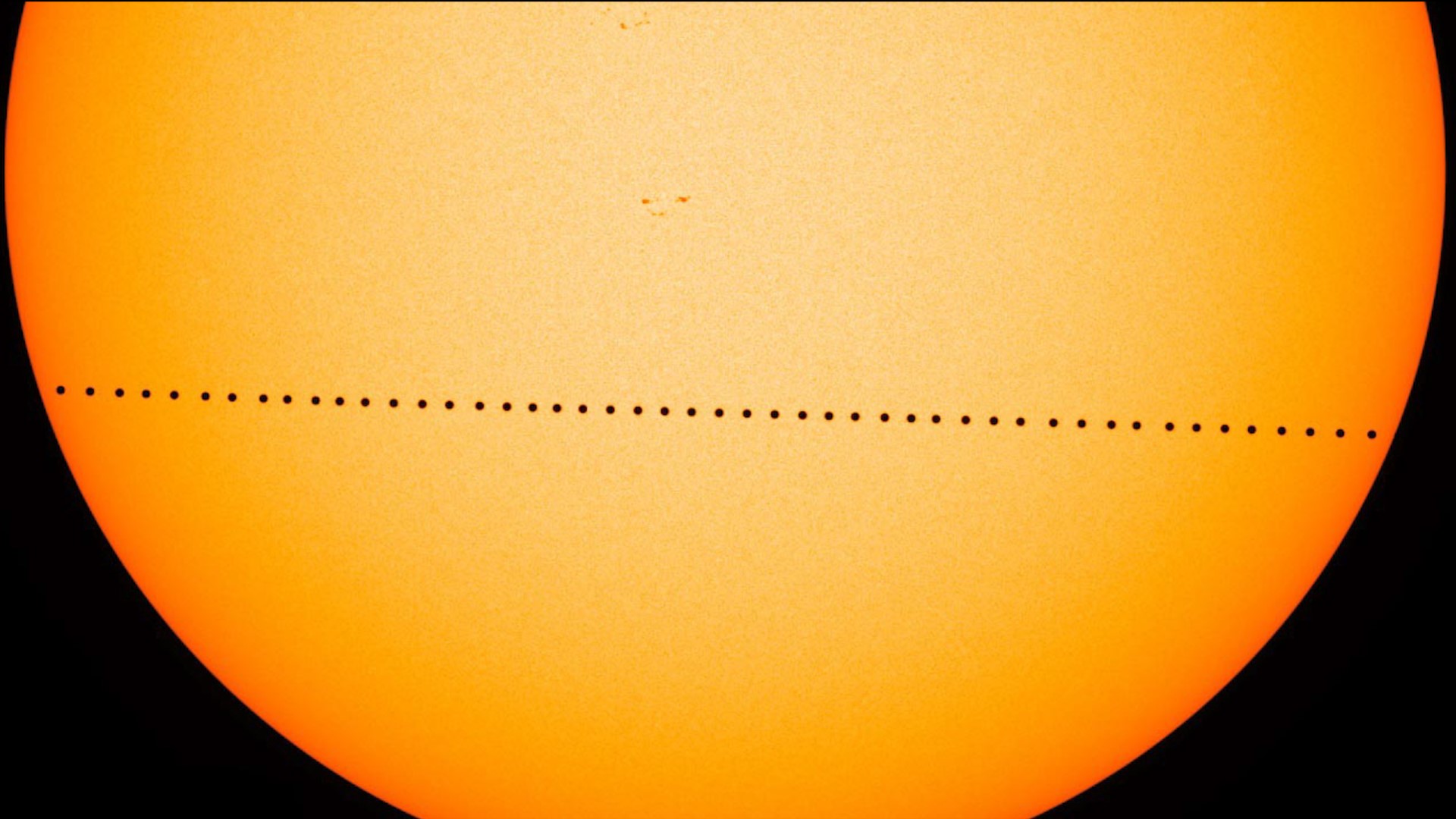