Four people are dead after a tractor-trailer crash in Southampton County. The crash occurred on US Route 58 near Bryants Church Road, Virginia State Police said. 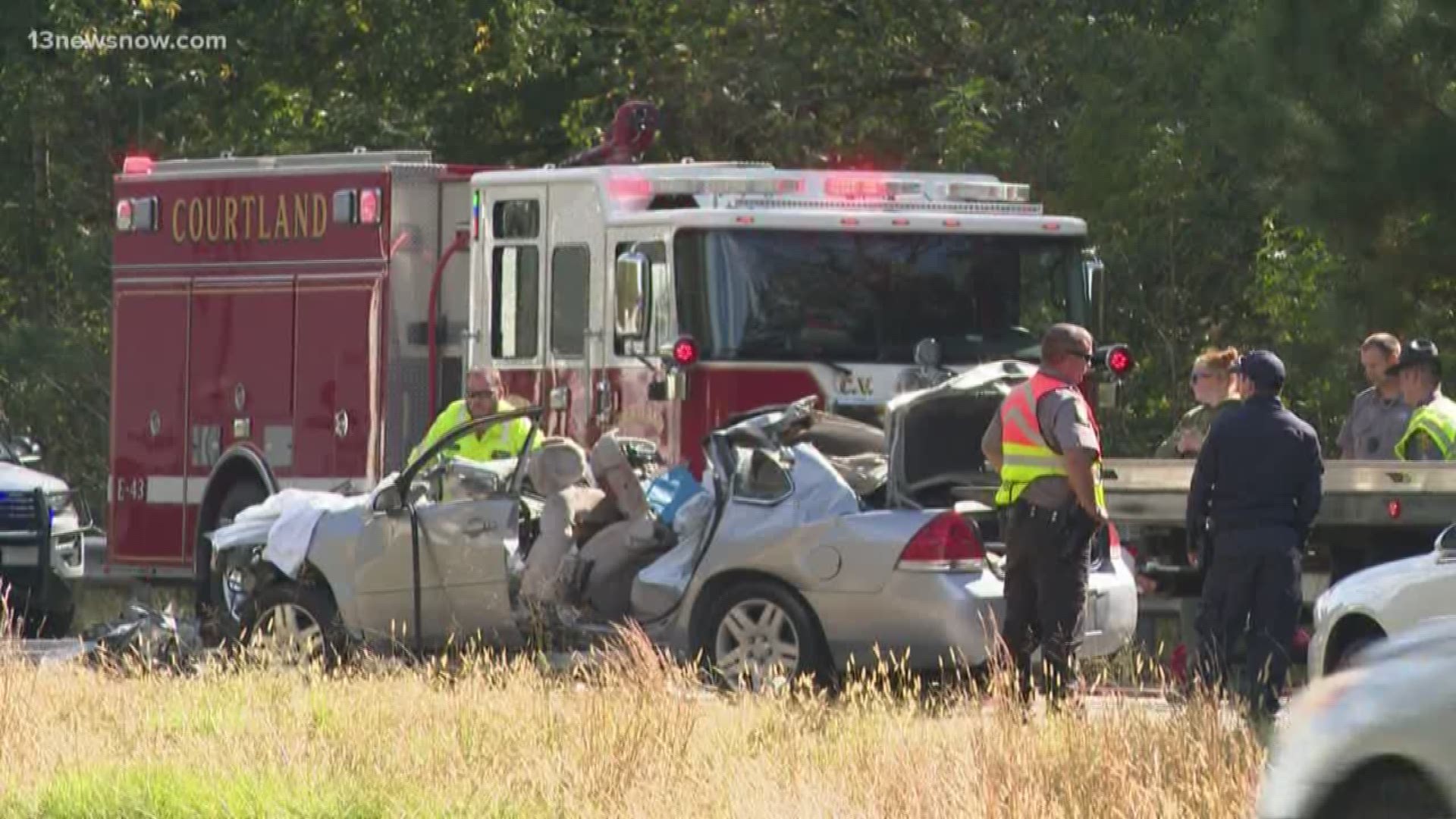 The crash occurred on Route 58 near Bryants Church Road. All eastbound lanes are closed, with traffic being diverted to one westbound lane at the crash scene.

Police said the school bus was not involved in the crash.

The passenger car's driver and three passengers were killed. The identity of the victims is pending notification of next of kin.

Traffic on Southampton Parkway was restricted until completion of the crash investigation.

1 / 3
13News Now
Photo of the scene where first responders arrived at a crash on Route 58 in Southampton County where four people died.