One killed in crash on I-77 in north Charlotte

One person died in a crash on I-77 southbound near the interchange with I-85 in north Charlotte Thursday morning. Multiple lanes were shut down by the wreck. 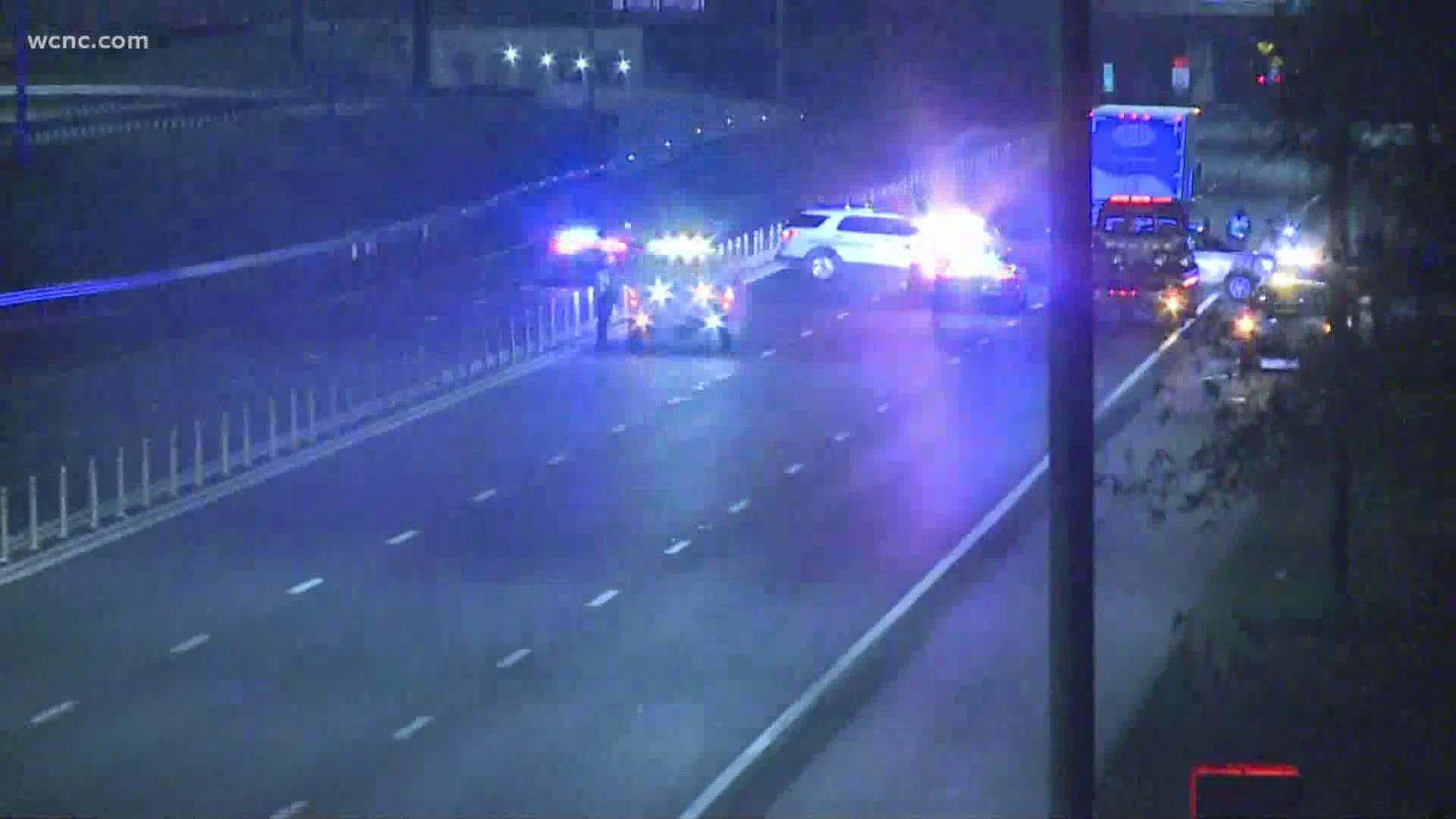 CHARLOTTE, N.C. — One person was killed in a crash on I-77 south in north Charlotte near the interchange with I-85 early Thursday, officials confirmed.

According to Medic, the crash happened just south of Sunset Road on I-77. North Carolina Highway Patrol said a tractor-trailer slowed down in work zone near the interchange and came to a stop. Troopers said a man driving a car behind the tractor-trailer failed to stop and crashed into the truck. The man, who has not been identified, died on impact, troopers said.

Troopers haven't said what caused the driver of the car to not slow down in time.

All lanes of I-77 southbound were shut down while police investigated the crash. All but one lane of I-77 had reopened by 7 a.m.