A 51-year-old and 17-year-old were killed by the car crossing into their lane from the other side of the highway. 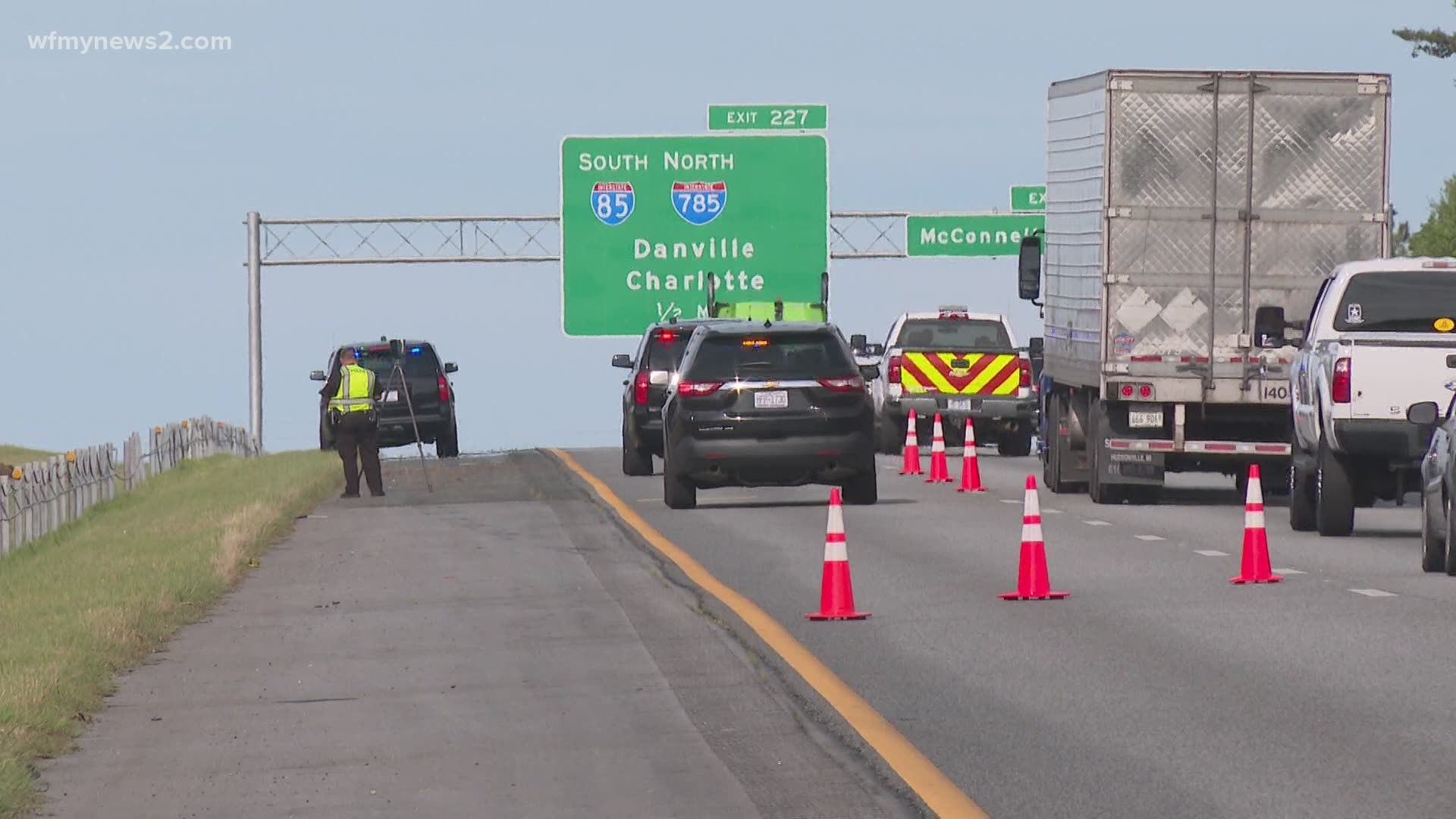 GREENSBORO, N.C. — Two people are dead after a car crossed the median on I-40 and crashed into oncoming traffic.

It happened on Tuesday just before 4:30 p.m., Greensboro police said. The wreck happened in the westbound lane of I-40 near McConell Rd.

Priya Hairston, 19, crossed the median in her grey Nissan Altima from the eastbound side of the highway. Her car wrecked head-on into two other vehicles, a white Kia and a black Jeep, before being hit by a third vehicle, investigators said. A fifth vehicle was hit by debris from the crash.

The driver of the white Kia, 51-year-old Lisa Tate, and passenger Victora Padilla, 17 died in the crash, GPD said. A third juvenile passenger in the Kia was injured and transported to a local hospital, police said.

The people in the other cars were not injured during the crash, GPD officials said.

Investigators are still piecing together all the details to deliver a more complete picture of what happened and why Hairston crossed the median.

Anyone with information about this incident is asked to contact Greensboro/Guilford Crime Stoppers at 336-373-1000. Citizens can also download the mobile P3tips app for Apple or Android phones to submit a mobile tip, or go to P3tips.com to submit a web tip. All tips to Crime Stoppers are completely anonymous.