Winston-Salem Police say at least one person was hurt. 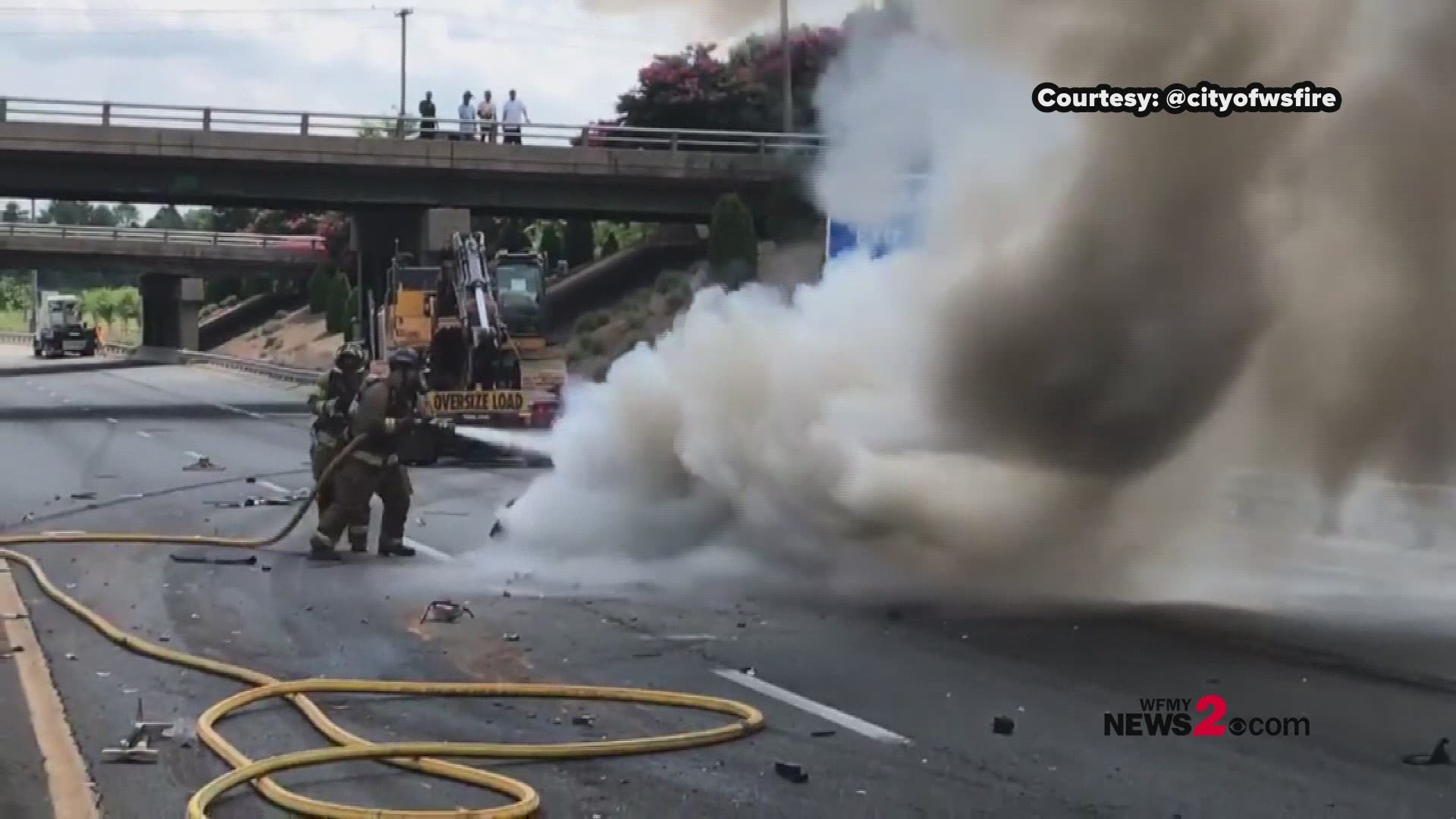 It happened shortly before 3 p.m. Police say the pileup shut down all southbound lanes. Lanes reopened about four hours later.

Police say at least one person was hurt, but haven't said the extent of injuries.

Winston-Salem Fire officials tweeted a video of firefighters putting out flames from the crash. The video appears to show the involved tractor-trailer that was carrying heavy machinery.

Police don't know what caused the crash at this time.