A law enforcement expert tells 11Alive the unique nature of a shooting on the interstate creates a scenario for a crime that is hard to solve. 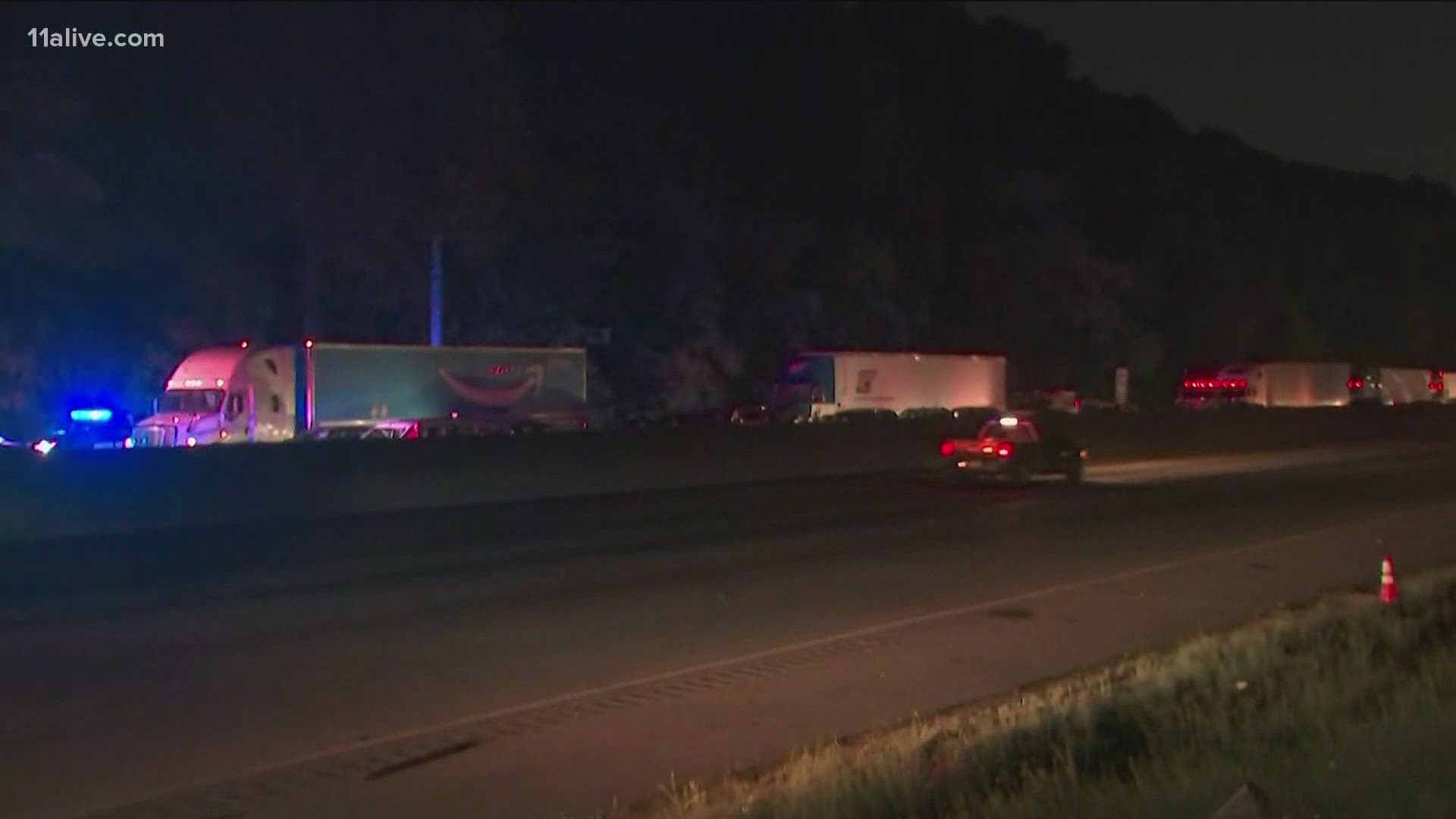 One adult was injured and taken to the hospital, according to DeKalb County Police, with the shooting taking place on I-285 Northbound, south of Church Street.

It brings the total for shootings on interstates passing through the metro area for 2021 to at least 16. This total only includes shootings where police suspect someone shot from one car into or at another car.

On Thursday, 11Alive followed up with the police departments investigating each shooting and could only confirm a single arrest in any of the shootings. It was connected to a shooting in Coweta County in April.

RELATED: After multiple metro Atlanta highway shootings, here's how you can stay safe

"It is hard to ID the shooter, there is very few witnesses, they usually occur at night and it is really hard to conduct a full-scale investigation," said Mike Puglise, an attorney in Gwinnett County and former police officer.

Puglise said he isn't surprised an arrest has been made in only one out of 16 interstate shootings.  He said these type of shootings happens in an instant with everyone quickly gone. The shootings often happen at odd hours.

"Your witnesses are usually uncooperative, they may be passing through, they may be out of state. It is hard to locate them and do a thorough investigation," Puglise said.

For anyone who witness a shooting on the interstate, the former officer said police want their assistance. However, witnesses need to make sure they can do so safely.

"Observe anything you can see. If you can take down notes that you can give to law enforcement, most certainly do that. A tag number, of course trying to ID the shooter. But again don't put yourself in harm's way," he explained.

The most useful evidence though of an interstate shooting could be video evidence.

"Any help would be big and something like that, minute information a minute picture. Just the car identification. You don't know where that might lead," Puglise said.

Along Georgia highways and interstates, there are hundreds of cameras maintained by the Georgia Department of Transportation. The cameras though offer little help to police attempting to solve crimes; the video is only streamed live online and not recorded.

"The purpose of the cameras are to monitor real time live traffic conditions," said GDOT spokeswoman Natalie Dale said in an email to 11Alive.

According to Dale, if the video was recorded GDOT would then need to save and store the video and it would also be considered a state record meaning, "anyone at any time could request footage be pulled for any reason," Dale wrote.

For example, if someone was in an accident on 85, they could then request video of the incident perhaps for an insurance claim.

"So the cost both to save and store that amount of data in addition to having a staff available to pull video for all the requests would be exorbitant. Again, the purpose of the cameras is live traffic management," Dale's email included. 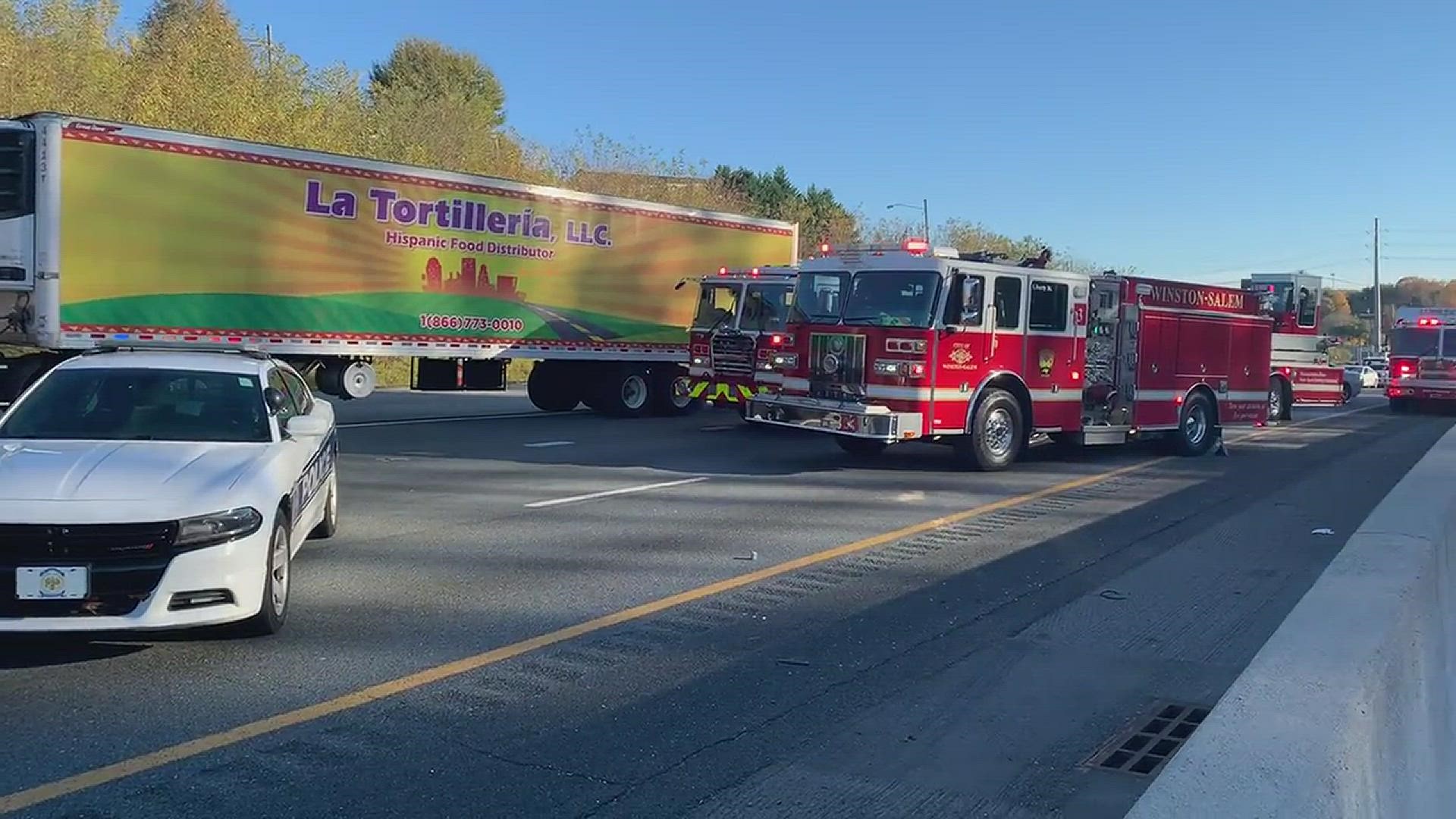 Part of Highway 52 closed in Forsyth Co. due to crash