Airport administrators predict it will take anywhere from three to seven years for a full recovery at Hopkins. 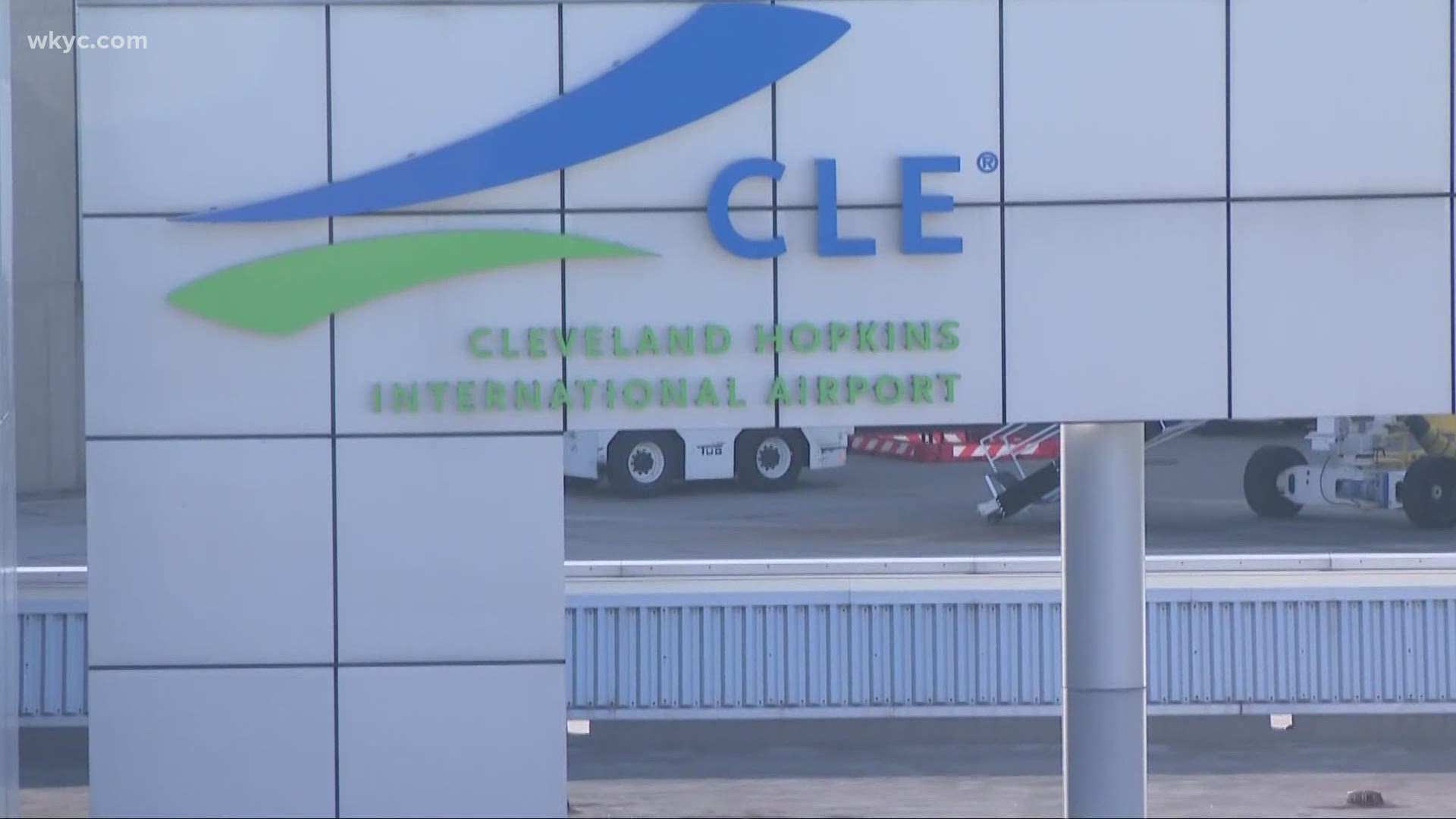 CLEVELAND — The Coronavirus pandemic continues to hammer the airline industry, airports are no exception.

On Thursday, the City of Cleveland held an online forum regarding the future of Hopkins.

Airport Director Robert Kennedy led the call that laid out goals for the next 20 years, when COVID-19 should be long gone. Improvements in “Customer service, efficiency, and…a more adaptable facility” were among the goals.

Officials said they are not ruling out a new terminal, an expanded customs area, and even a possible connection to the Great Lakes Hyperloop, if it is built.

It is unlikely, however, that the airport will be relocated, become a hub again, or see the now defunct Terminal D used as it once was.

“When we looked at modifications a few years ago, it was in the neighborhood of $100 million,” one airport official said. “Was not worth it.”

In the meantime, passenger volume has gone off a cliff. Last year ended with 10 million travelers at Hopkins. This year, the projection is 4 million.

Business travel, the bread and butter for airlines, is down 90%. Airport administrators predict it will take anywhere from three to seven years for a full recovery at Hopkins.

Its main tenant, United, hopes it will be four years before they return to the same number of passengers carried in 2019.

The airline is also facing layoffs of up to a third of its workforce, which could total 36,000 employees.

Two more public outreach meetings are planned to discuss the future of Hopkins. The next is October 14th at 6 pm.