Christian Pavon was excited to play in the snow on Monday. But after a night of bitter cold temperatures, the boy's family found his lifeless body in his bed.

CONROE, Texas — A family in Conroe is mourning the loss of their 11-year-old boy during the devastating winter storm. The family says Christian Pavon was found dead Tuesday after a brutally cold night without power inside their mobile home.

Christian was a 6th-grader filled with lots of life and joy, his family says.

In a video his mom recorded, you can see how excited he was to play in the snow for the first time on Monday. Little did his family know, this would be their last video of him.

"It was really heartbreaking to see that video, seeing that the day before he was happy, he was excited," said Jaliza Yera, Christian's aunt.

His mother said they had lost power to their home on Sunday. They’d all been sleeping in the same room to keep warm from the bitter cold temperatures.

"He fell asleep. He had a shirt, a sweater, two pairs of pants, socks on," Yera said.

Christian's stepfather said he checked on him in the middle of the night on Tuesday.

"It was like 2 a.m. when my brother-in-law woke up to use the restroom and made sure he even put another blanket on them," Yera said.

But Tuesday afternoon when they were headed to the store, they tried to wake Christian up. They say it was normal for him to sleep in on the days he didn’t have school.

A family in Conroe is mourning the loss of their 11-year-old little boy. The family says they'd been without power for two days. And Christian Pavon was found dead on Tuesday, after a bitter cold night in their mobile home. Their tragic story tonight on @KHOU at 5. #khou11 pic.twitter.com/9GsPJHgAS0

But Christian's heartbroken mom, Maria Elisa Pineda Guzman, said they found him lifeless on his bed. She thought he was just pretending.They tried calling 911, but were waiting for a Spanish operator.

Yera rushed to the house to call 911 for them.

"She [Christian's mom] kept telling him 'wake up, wake up.' I had to walk out because when the 911 operator answered I couldn’t hold it. It was very tragic for me to see it like that," said Yera.

The family tried CPR, but when paramedics arrived, there was nothing they could do.

The boy's mom says she’s still in shock. She can’t believe that her son died. She said he was a healthy boy with no medical conditions.

And she believes the cold weather is to blame.

Now she’s hoping she can collect enough money to get his body back to Honduras. His dream was to one day see his grandparents again. A dream that will never come true.

Officials are still investigating the cause of death. Family members say an autopsy was done by the medical examiners yesterday. They are awaiting the results.

If you would to help out the family they have set up a gofundme account: 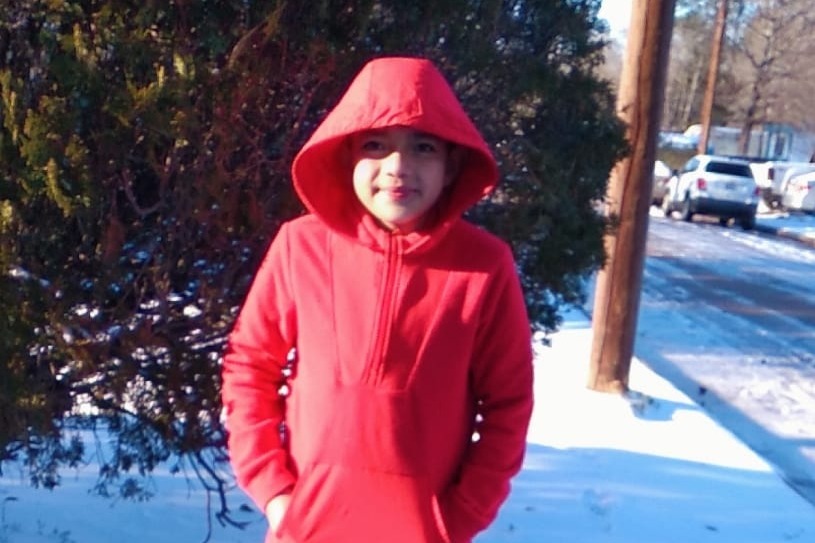