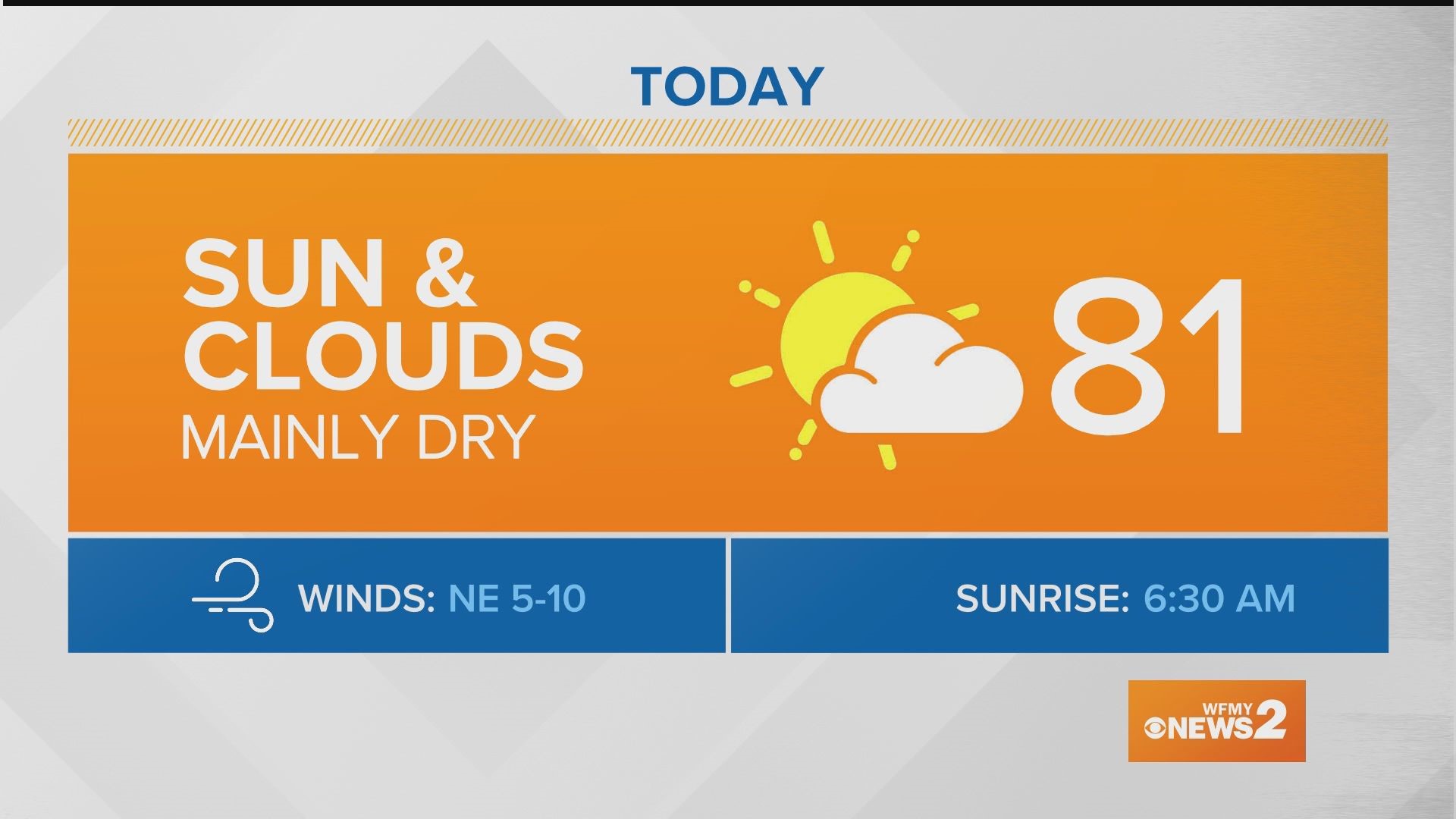 GREENSBORO, N.C. — We're already two months into the 2021 hurricane season, but so far things have been relatively quiet in the tropics, as to be expected. Of course, there have been at least a few things that we've kept our eye on from time to time.

At this point, we've had five named storms in the Atlantic, but only one has reached hurricane status. Ana was our first named storm of the year and formed in May, before the official start of hurricane season on June 1st. In fact, the last several years have featured early tropical activity.

Bill, Claudette, and Danny followed Ana throughout June and July, all becoming tropical storms. But, Elsa was our first Hurricane of the year reaching Category One intensity and eventually, its remnants brought some rain to the Piedmont, but mostly in Eastern North Carolina.

Today, the NOAA released an update to their original forecast from earlier this year, which calls for another busy, above average season...again.

Even though a busy season is expected, it's not likely to be as busy as the record-breaking 2020 season.

Many factors contribute to the updated forecast but notably, sea surface temperatures aren't quite as warm as they were last year which can help to limit activity, but weaker winds can help storms to form an organize, so there's a lot at play.

The new forecast calls for 15-21 named storms, with 7-10 becoming hurricanes. It's possible that 3-5 of those hurricanes become major, meaning they would reach category 3, 4, or 5 strength. These major hurricanes usually cause the most damage and cost the most to rebuild from.

Just because it's expected to be a busy season doesn't mean that all those storms, or any, will affect North Carolina, but now is the time to revisit your severe weather plan if a storm were to impact the Triad and definitely a time for families in the coastal areas to review their hurricane and evacuation plans if a storm makes a path toward the Carolina coast.

The NOAA forecast update usually comes out this time each year, because typically June and July are fairly quiet months in the Tropics. Throughout the month of August and September, things tend to get more active, and we expect that this year. The peak of hurricane season is around September 10th.

There are currently no storms that we need to watch, but the WFMY Weather Team will be keeping an eye on the tropics and keep you updated whenever another storm forms and if it's one the Triad should prepare for.