What will the weather be like on Election Day? A national Nov. 3 forecast

Besides winterlike winds and snow showers that will chill the Northeast, voters who have not yet cast a ballot will face few weather problems on Election Day. 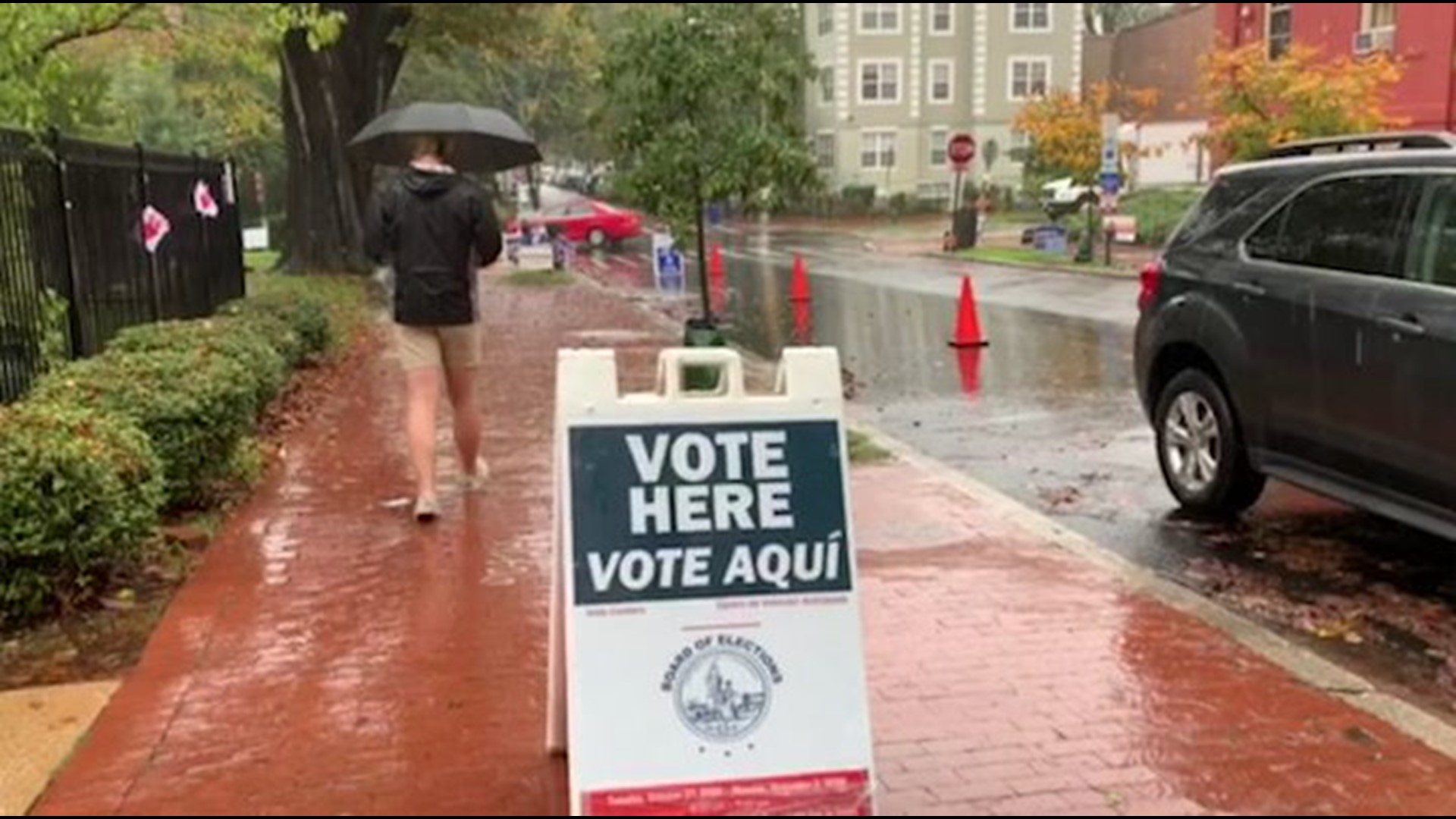 People have already been braving the elements and carrying umbrellas in long lines at the polls for weeks as early in-person voting opened up across several states and in the nation's capital.

Early voting began amid a tumultuous autumn weather pattern, filled with rain, snow and ice storms -- and not to mention during an extremely busy hurricane season that has still been packing punches on U.S. soil. The millions of Americans who mailed in ballots or returned them to designated drop-off locations avoided the nation's worst weather, and it seems that those who are waiting for Election Day may be in luck weather-wise, too.

"In light of weather troubles from earlier this autumn, overall benign conditions are in store with no major storms forecast across the nation for the presidential election on Tuesday," AccuWeather Senior Meteorologist Brett Anderson said.

Besides winterlike winds and snow showers that will chill the Northeast, voters who have not yet cast a ballot will face few weather problems on Election Day.

However, portions of the Southeast will still be in cleanup mode in the wake of widespread damage from Zeta, which made landfall as a Category 2 hurricane in Louisiana Wednesday afternoon and then raced across the Southeast states. Power was out for 2 million residents from the Gulf Coast through the Southeast on Thursday after the storm's rampage. Louisiana's Secretary of State's Office is working with power companies to assess the damage at polling sites and to help restore electricity, according to KATC TV, and officials said emergency polling locations will be opened up as needed in time for the presidential election.

Meanwhile, cleanup and power restoration operations may also still be ongoing in portions of the southern Plains in the aftermath of a devastating ice storm that struck this week. Farther west, people will still be picking up the pieces in parts of the western U.S., following massive wildfires, some of which may still be ongoing.

Temperatures on Election Day may be 50, 60 and even 70 degrees Fahrenheit higher compared to record low levels measured during the throes of a deep freeze last weekend and early this week in the Rockies and Plains.

In the Central states, highs are forecast to range from the 40s in northwestern Montana, the northern parts of Michigan and Minnesota to the 70s in eastern Colorado, across much of Texas and western Oklahoma to the lower 80s in South Texas. Gusty winds may accompany the milder air over the northern Rockies and High Plains.

In the West, a storm cruising through British Columbia may send some rain showers and high-country snow showers across parts of Washington and Oregon. But the balance of the West will be dry with generally seasonable conditions. Highs will be in the 60s over much of the Great Basin and in the 70s along much of the California coast. Temperatures are predicted to climb into the 80s to near 90 over interior Southern California. The Deserts, as usual, will be the warmest spot in the West.

Meanwhile, most Americans who live in the Southeast can expect quiet weather as they head to the polls. High temperatures in the Southeast will range from the 50s over the southern Appalachians to the 80s in South Florida. People who live in areas in between should feel comfortable conditions with highs in the 60s and 70s.

"It is possible that stiff easterly winds from the Atlantic create coastal flooding at times of high tide along Florida's Atlantic coast, including in Miami," Anderson said. Despite some very localized coastal flooding, the weather should not deter people from heading to the polls.

A cold start to next week is in the offing with flurries and even bands of locally heavy lake-effect snow around the Great Lakes. However, much of the Midwest will experience rebounding temperatures and at least partial sunshine. Temperatures in Detroit are forecast to be in the 50s and highs should peak within a few degrees of 60 in Chicago and Minneapolis.

The Northeast, and New England in particular, may get the short end of the stick in terms of weather conditions for those who will be standing outside in long polling lines.

"Folks in the Northeast will definitely need long sleeves, jackets and even heavy winter coats in some cases," Anderson said.

An Alberta clipper storm, named after its origin point over the Canadian province, will be exiting the Northeast during the day Tuesday. It will be a weak and fast-moving weather system that could continue to trigger snow showers, cold rain showers and locally gusty winds in its wake. The snow showers could bring a spotty accumulation of snow, mainly over the mountains of New England, during the morning and afternoon hours. Some roads over parts of northwestern Pennsylvania and northern and western New York state may be slushy early on during Tuesday following lake-effect snowfall on Monday.

The lingering cold pocket of air in the Northeast is likely to produce high temperatures in the lower 30s over northern New England. Afternoon temperatures are anticipated to moderate into the 50s along the mid-Atlantic coast, including New York City, Philadelphia and Washington, D.C. A gusty wind may result in AccuWeather RealFeel® Temperatures 10-15 degrees lower than the actual temperatures, even where the sun manages to peek out for a time.

The weather over much of Alaska will be rather tranquil for early November. Some sunshine and cold conditions are in store for Anchorage with highs forecast to be in the upper teens to near 20. The weather may be unsettled in Juneau, the state's capital, from the same storm forecast to bring rain and snow showers to part of the Northwest. Some snow is possible for a time in Juneau on Election Day.

And finally, in Hawaii, no major storms are foreseen with only spotty showers mainly expected to occur around Hilo, located on the eastward side of the Big Island. Highs will be mainly in the 80s over the Hawaiian Islands, including in Honolulu.

Weather conditions aside, officials are urging Americans, no matter where they are voting, to take full precautions to protect themselves from COVID-19 when venturing to the polls.