WFMY News 2 is getting lots of reports about a meteor flying over the Carolinas. 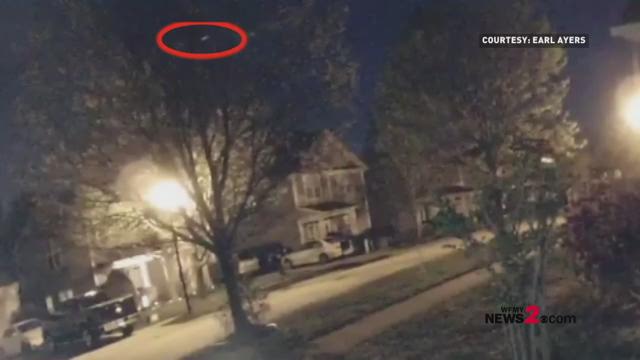 GREENSBORO, N.C. -- Did you see it? A bright light, streaking across the night sky was a delight to many across the Carolinas and throughout the Southeast. WFMY News 2 is getting lots of reports about a meteor Wednesday evening.

According to reports, the meteor flew through the night sky around 8:43pm. Those who saw it describe a bright, white light lasting for about 10 seconds, and say it's a sight they'll never forget. Reports have been coming in from North Carolina, including the Triad area, as well as South Carolina, Virginia, Tennessee, Georgia and even Florida.

Earl Ayers tweeted a video of the meteor captured on a camera at a home in Cornelius, North Carolina. Make sure to look to the upper left to see the bright light.

Chief Meteorologist Tim Buckley says meteors are pretty common in the night sky, but typically they don't last for more than a few seconds. This one seems to have been a long lived and particularly vibrant one, with many people remarking that it had a long tail.

You can tweet @WFMY your pictures and videos of the meteor.