Crews take over Triad to restore power after Zeta

Duke Energy said more crews are expected to come to the area within the next day to help restore power. 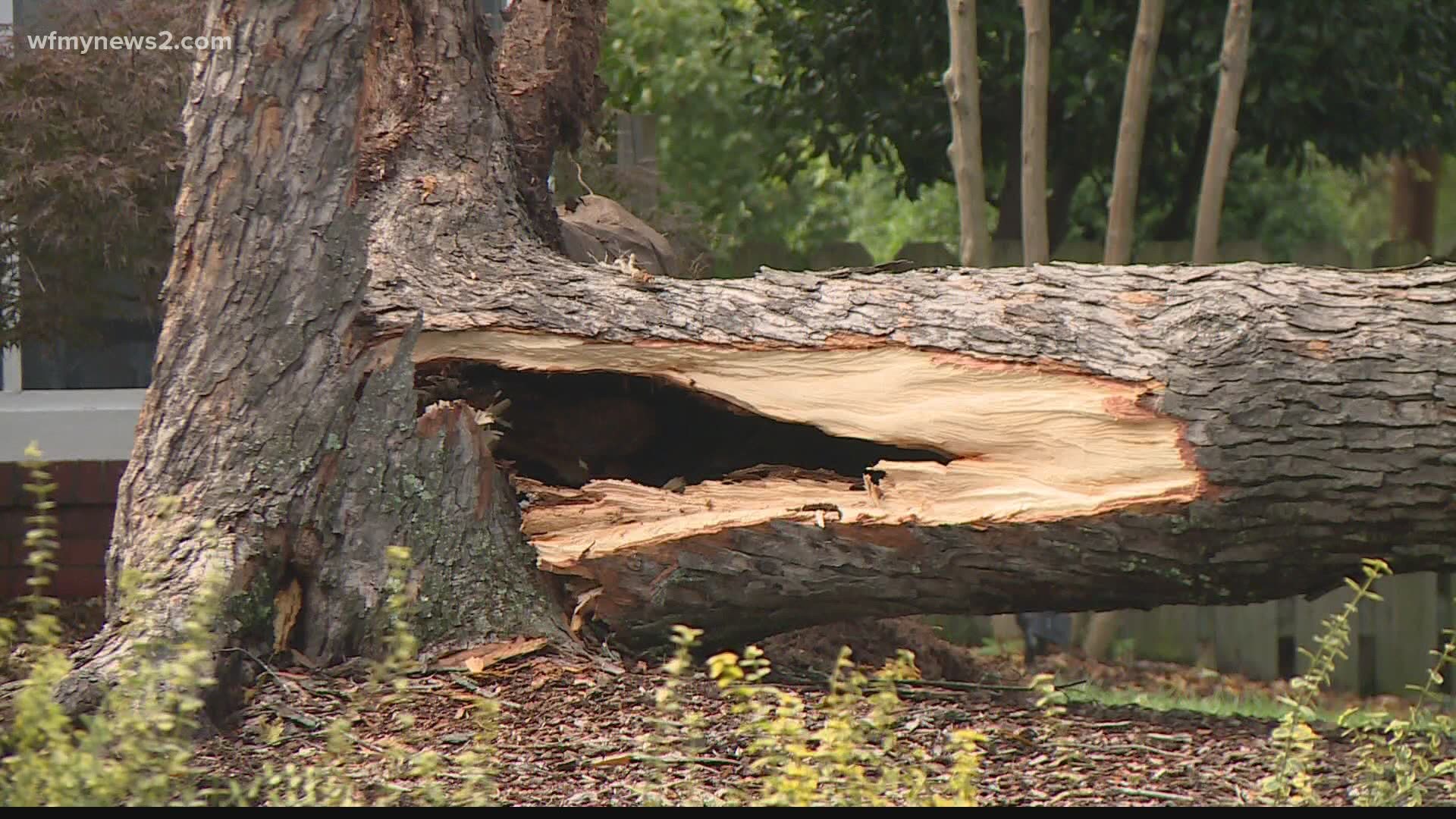 GREENSBORO, N.C. — From Forsyth to Guilford counties and beyond, what was once Hurricane Zeta tore up trees and took down power lines.

Hundreds of thousands of people lost power all across the state.

Jeff Brooks with Duke Energy said their crews started working early Thursday but there's still a lot of work to be done.

"We are looking at a multi-day restoration here in the triad. A lot of damage to infrastructure from trees and vegetation. This was a powerful fast-moving storm and we're seeing the results," he said.

High Point crews had most of the power back on by midday, with a handful of areas still out in the afternoon.

"Around 9:45 this morning we had six circuits out which is a pretty big number for us which accounts for 7700 customers without power," said Assistant Utility Director with High Point Electric Department Tyler Berrier.

He said says crews will stay on standby, while another line of storms makes its way through the triad Thursday night.

"We've been monitoring the weather were going to keep guys here until the threats gone," said Berrier.

With many still in the dark across the Triad, Duke Energy brought in crews from Florida and the midwest, and even more could be on the way.

"We do expect we'll see more crews arriving over the next day into this area," said Brooks.