The heartwarming moment was caught on camera on the Lesner Bridge in Virginia Beach. 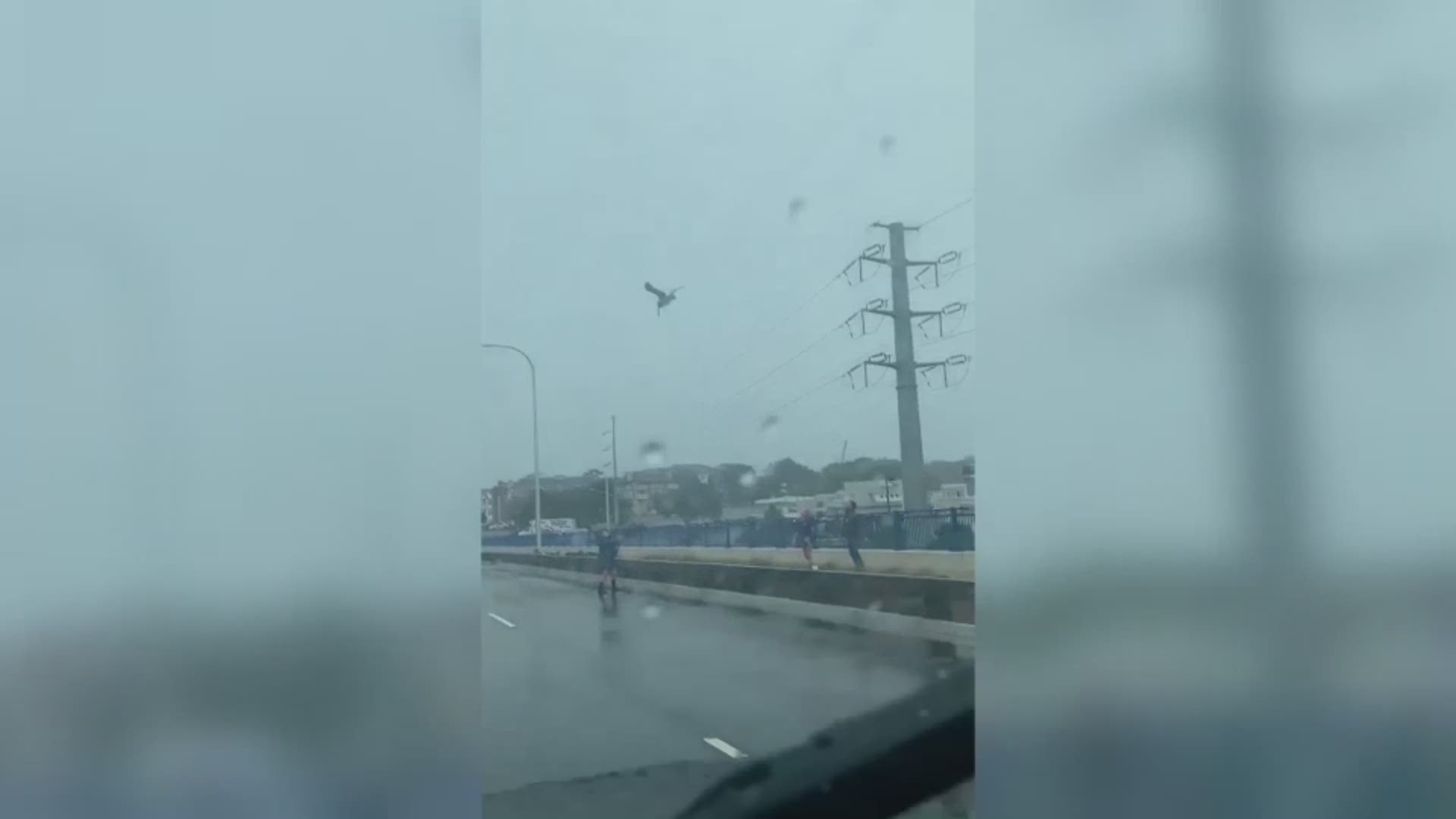 VIRGINIA BEACH, Va. — Here’s proof there are still good people in the world—even in the middle of a hurricane.

A video posted on Facebook by Paul Holley and shared with 13News Now showed him pulling up to the rescue attempt as it was underway. Among the individuals that helped the bird was a Virginia Beach police officer, who had stopped their cruiser to keep everyone safe while they were trying to help the bird.

In the video, the pelican is seen trying to fly away from the bridge, but it gets caught up and overtaken by the strong winds. The bird struggled to fly and quickly landed on the ground behind one of the stopped cars.

The people first scooped up the first bird, who was huddled on the sidewalk, along with four more who were wind-battered and disoriented, struggling to take flight in the middle of the road as cars whizzed past.

The birds were taken to a local rehabber, and one was treated for exposed tendons in her wing and the rest for cuts and scrapes. Once they recover, and Dorian passes, they'll be released back into the wild.

"One call from a good Samaritan helped get these poor shell-shocked pelicans on the road to recovery," says PETA Senior Vice President of Cruelty Investigations Daphna Nachminovitch. "PETA urges everyone to take action for animals during natural disasters, including by always taking animal companions with them during evacuations and keeping an eye out for animals in need."

"There are still good people in this world!" Holley wrote in the caption of his Facebook video.

Another woman commented on Holley’s post with a video update of her own. The video shows three pelicans bundled up in the back of her car—the one in the back right is the one that was seen getting rescued in the video.

She said they were all part of a big family of birds in the area. A fourth pelican was hit by a car and didn’t survive.

“These guys were unable to get up because of the wind from this hurricane, and they were being thrown in the middle of the road,” Dacia Thorson said in the video.

She said she was driving the pelicans to someone who rehabs wildlife in the area.

RELATED: Don't do this: People jet ski, swim, drive on the boardwalk during Hurricane Dorian