A Story of Resilience and Waffles: Behind the 'Waffle House Index' 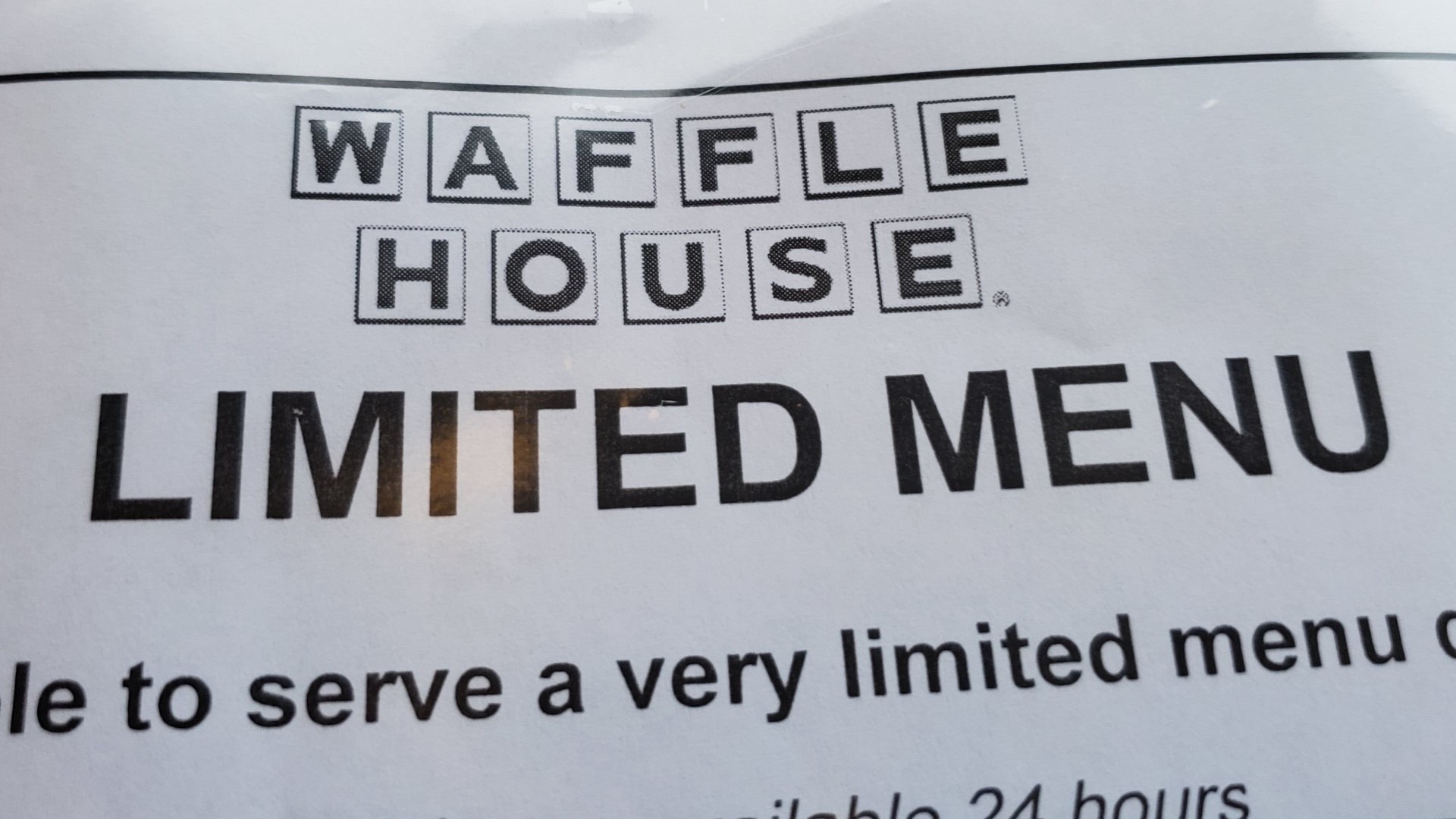 Waffle House is famous for its 24-hour breakfast food, but the Southern-based chain is also known for keeping the grills hot even when the rest of the town is closed due to weather.

Federal officials are tracking the number of Waffle House restaurants open as a way of measuring community resilience during Hurricane Dorian.

"Let’s say the hurricane is going to hit North Carolina, well everyone is going to evacuate to South Carolina, Georgia, Tennessee," Warner said on podcast the Carolina Weather Group. "So we don’t need to pull those people out of their markets because they’re going to be busy. So we’ll pull people from further out and stage them and they’ll come in to help get the restaurants back open."

Waffle House will relocate restaurant workers from two states away in order to operate restaurants impacted by storms.

"A lot of times our folks are like, 'Oh I'm ready to work, send me in coach,'" Warner said.

FEMA began to use simple tests to determine how quickly a community can get up and running again after a disaster hits -- including the Waffle House Test.

In the Waffle House Test, the government tracks and maps out which restaurants are open, which are closed, and which are running with a limited menu. This helps track a storm's impacts in a community.

"Basically, drive 'till you find the first Waffle House that's closed, because that's where it's really the worst.," Warner said describing the initial reasoning behind the Waffle House Test FEMA uses.

As of Thursday, Waffle House had two restaurants closed, both in South Carolina: one in Charleston and one on Johns Island. Six others did not have power, but were on the "No Power" menu.

Warner says Waffle House coordinates with local officials. The restaurants are often impacted by local decisions on curfews and evacuations. Additionally, they coordinate with health departments to ensure their kitchens remain clean when power or clean water may be limited.

If FEMA sees companies like Waffle House, Walmart or Publix open, they might send supply trucks and resources to other places with higher needs.

Warner said they forget from time to time that the status of their openings gets national attention. During his interview, Warner recalled his astonishment when President Obama or President Trump were waiting to see the status of the Waffle House restaurants.

Waffle House has been working to stay open during extreme weather situations for years, priding itself on making a difference for the people living in impacted communities.

For Hurricane Michael, they gave away clothes and food in addition to serving 6,000 meals to the community; many had no other place to eat.

"It's amazing, that sense of community that little bitty shoebox has, but I think it really shines in times like this," Warner said. "Every day we like to have that sense of family in that restaurant but it's after something like a big hurricane -- that's where you really rely on your family."