Duke Energy Has 20K Linemen on Standby for Hurricane Florence

Thursday, a company spokesman said they had brought in around 20,000 linemen – nearly half of them from out of state. 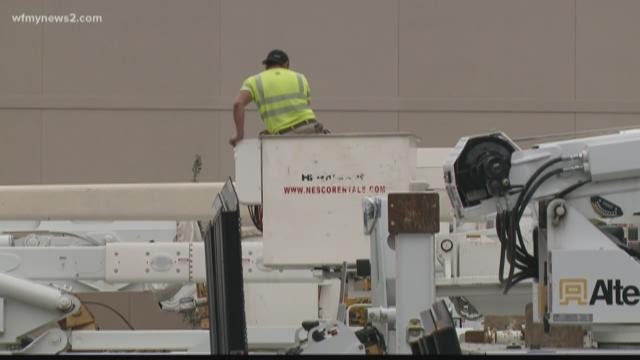 GREENSBORO – As the Carolinas prepare for Hurricane Florence’s wrath, Duke Energy is preparing for anywhere between 1 and 3 million people to lose power during the storm.

Thursday, a company spokesman said they had brought in around 20,000 linemen – nearly half of them from out of state.

Many of them were staging at the Sheraton Greensboro at Four Seasons.

“Because of the size of the storm we are going to see impacts to almost every customer in north Carolina," Davis Montgomery, the district manager for Duke Energy, said.

RELATED | ‘Worst Of The Storm Is Not Yet Here’ | Gov. Cooper Warns Of Flooding Following Hurricane Florence

Montgomery explained that even though they have extra crews on standby, that does not mean your power will get turned back on right away.

“For our customers, I know they normally expect to see us immediately after the storm rolls through, but it’s not safe for us to be out there working,” he said.

PREVIOUS: Duke Energy Predicts Outages for up to 75 percent of Carolina Customers

Duke Energy also asks that people not try to divert crews they spot in the field – they have a plan and are working on high priority outages first. That means places like hospitals and fire stations.

Remember also to stay away from downed power lines!