Of their 4 million customers, Duke Energy said anywhere between 1 and 3 million people might experience outages following Hurricane Florence - some for weeks. 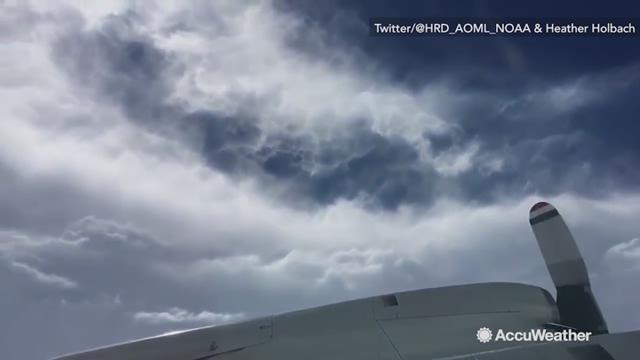 GREENSBORO, N.C. – Duke Energy announced Wednesday up they are preparing for anywhere between 1 and 3 million customers to experience power outages during Hurricane Florence, with some people possibly left in the dark for weeks. Duke Energy serves around 4 million people in North and South Carolina.

On a conference call with media, David Fountain, the Duke Energy North Carolina President, said they were using predictive modeling in historical data to make their estimates. Greensboro will likely sustain a lot of outages based on their current information, he said.

When asked about Brunswick Nuclear Plant in Southport, he said if the site is going to be hit with hurricane force winds, operators will shut it down at least two hours prior to the expected impact, and operators will stay on site through the storm. Fountain said they are trained every five weeks on weather issues and how to shut down the unit.

Fountain said they are also expecting a “natural gas event” as Hurricane Florence rolls into the Carolinas, which will impact meters and appliances, though likely not as extreme as the electric system will be impacted. He said they have been preparing with their natural gas unit.

Howard Fowler, the Duke Energy storm director, said they have been preparing for Hurricane Florence by opening communication lines and checking inventory. Crews from the Midwest and vendors across the Southeast have traveled to the area. Around 20,000 crew members, plus thousands of linemen from as far away as Texas will assist Duke Energy to get the lights back on for folks impacted following the storm, Fowler said.

Hurricane Florence was downgraded to a Category 3 storm Wednesday afternoon while still about 435 miles off the coast of Wilmington. In the Piedmont Triad area, we are expecting somewhere between 5-10 inches of rain.

Crews are coming in from all over the region to assist with the expected power outages. A crew from Illinois has already arrived in Greensboro, and crews from West Virginia, Georgia, South Carolina, Ohio, Indiana, Vermont, Florida and Tennessee are also on their way.

Here's what we think our area will deal with from Florence, as of Wednesday afternoon: