Hurricane Hunters: Flying Into The Eye Of The Storm To Save Lives

It takes guts to do what Hurricane Hunters do. While coastlines evacuate during a hurricane the bravest fly a plane right into the eye of the storm. 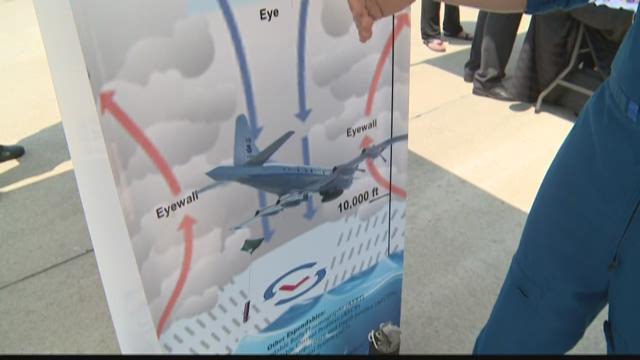 RALEIGH, N.C. -- It takes guts to do what Hurricane Hunters do. While coastlines evacuate during a hurricane the bravest fly a plane right into the eye of the storm.

It can be a wild and dangerous ride, but the information gained is invaluable. Hurricane Hunters call on the WC-130 named “Hercules” to fly them into the eye of the storm.

The aircraft is 97 feet and 9 inches long. Its height is 38 feet and 10 inches and its wingspan is monstrous spanning 132 feet and seven inches! 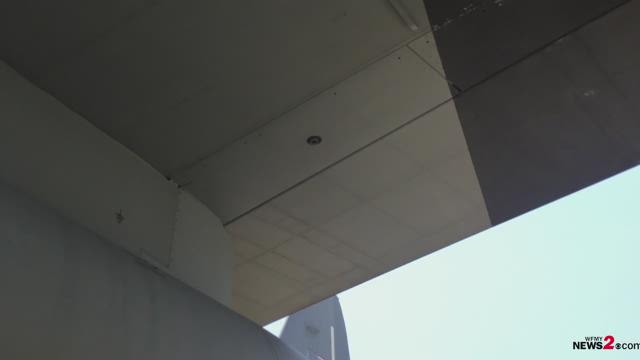 At the beginning of a storm the National Hurricane Center will send in a crew to investigate whether the winds are blowing in a counterclockwise rotation.

They then monitor the ocean waves to determine the wind speed and direction. 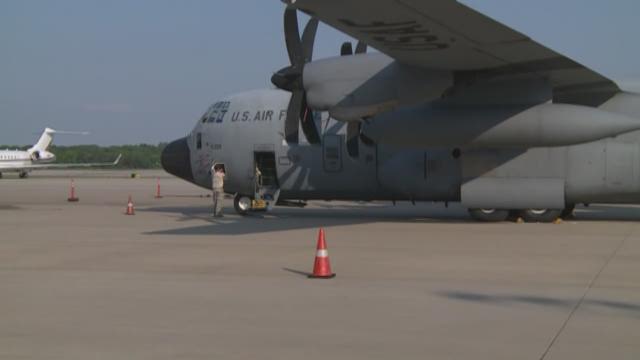 After the hurricane forms, the planes fly completely through the storm, and each flight includes multiple trips back and forth. During the flights, crew members on board “Hercules” strategically drop weather instruments called dropsondes into different corners of the storm. A meteorologist is on board the aircraft along with various crew members to help collect vital weather data. 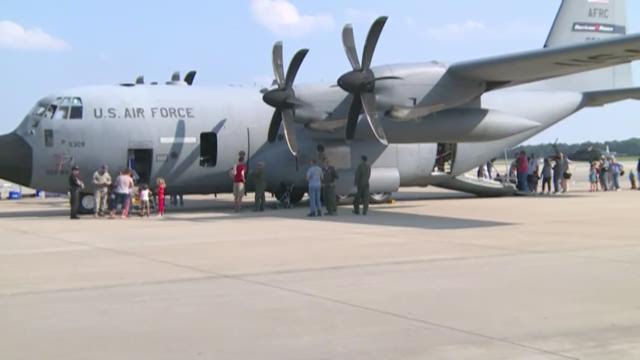 Hurricane Hunters help to save lives. Their information helps heed warning areas and evacuate those affected areas. “Hercules” was not the only aircraft on display as part of the Hurricane Hunters Tour at Raleigh-Durham International Airport.

The other two planes are also named after the Muppets. You’ll have to watch the video web extra to find out why! 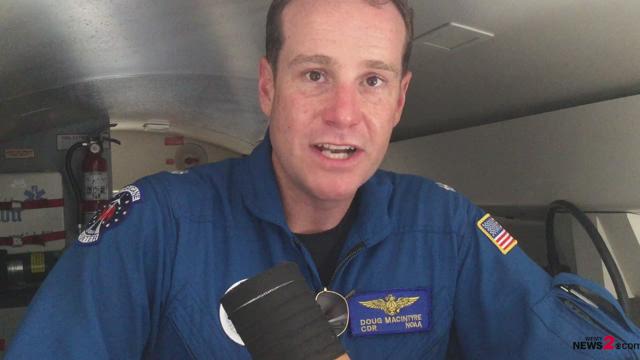 The Gonzo aircraft is a Gulfstream-IV jet. The meteorological aircraft is used to help paint a detailed picture of the upper atmosphere surrounding hurricanes. The weather instruments dropped from the plane provide measurements of the of the upper-level hurricane steering winds used to determine the track of the hurricane. The G-IV flies 100 to 300 miles from the eye of the hurricane, at altitudes up to 45,000 feet. The plane has helped to improve track and intensity forecasting by 25-percent.

Hurricane Hunters want you to remember one thing this hurricane season and that is to always be prepared and always listen to warnings issued as well as evacuations.