As the North Carolina coasts copes with the destruction wrought by Hurricane Florence as it comes ashore, a dolphin or two could be spotted swimming around near Wilmington. 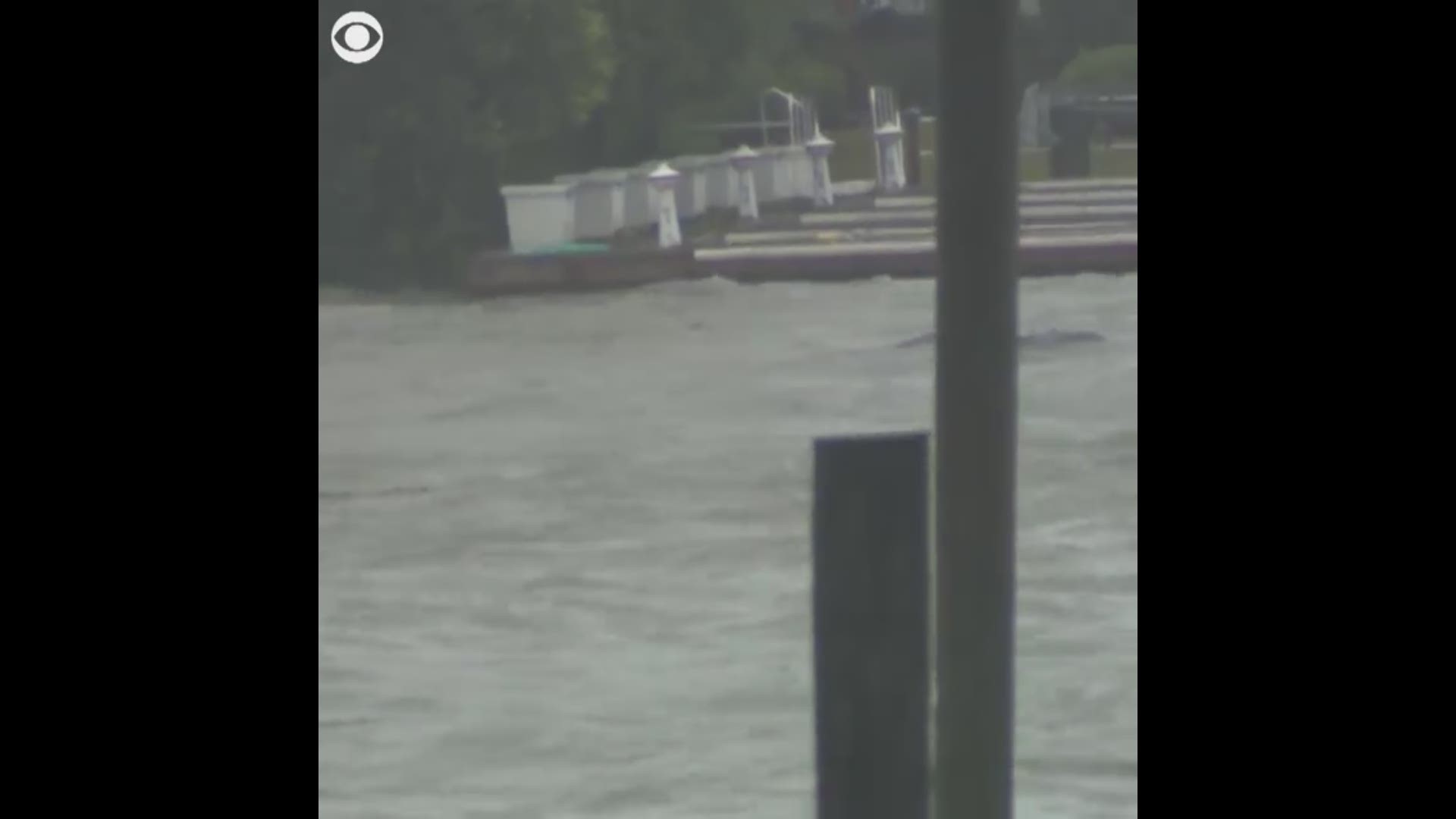 To put it plainly, this is definitely something you don't see every day. We're not talking about the flood waters overtaking the area near Wilmington - nor the record-breaking wind speeds. No, this story is about a small pod of dolphins flipping around in the water rising near the shoreline.

In a video posted to WFMY's Facebook page, a group of dolphins can be plainly seen swimming around in the stormwaters. While locals have understandable been ordered to evacuate ahead of the storm, these dolphins didn't get the memo (and they probably couldn't have read it even if they did).

The video was very popular with those needing a bit of levity during the destruction caused to our beloved state. Over 600,000 North Carolinians are without power as of 1:30 p.m. and that number is growing. Thousands have been displaced and millions were ordered to abandon their homes ahead of the Category 1 storm's arrival early this morning.

Hurricane Florence, packing 90 mph winds and torrential rains, made landfall at 7:15 a.m. about 10 miles south of Wilmington. Hurricane-force winds (74-plus mph) extend out from the eyewall of the storm 80 miles. Tropical storm-force winds (Up to 73 mph) extend out a whopping 195 miles - making the storm 390 miles wide.

Gov. Roy Cooper warned residents who were in the storm's path who didn't evacuate to stay sheltered in their homes and to not go out into the storm's path. Over 100 swift-water rescues were made overnight. The storm is moving steadily southeast at 3 mph, meaning its very slow moving and threatening to drop feet of rain on the coastal area of the Carolinas.