Hurricane Florence likely to track over South Carolina, Cause Rain in Triad

Breezy conditions will develop Thursday, but most of Florence's impacts won't move in until Friday. 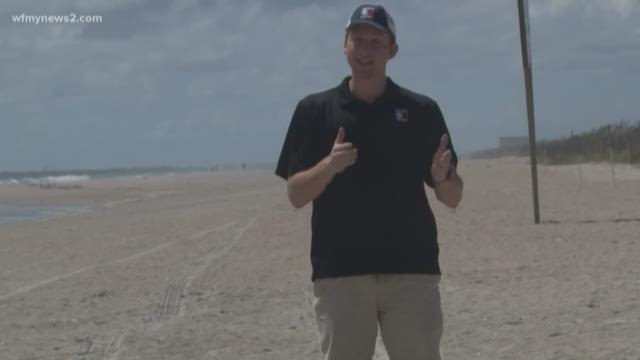 GREENSBORO, N.C. --- All eyes are on Hurricane Florence as it barrels towards the Carolinas. Although the latest tracks suggest that the center of the storm will pass to our south, we'll still likely feel some effects as early as Thursday.

Here's what we think our area will deal with from Florence, as of Wednesday afternoon:

It's going to rain!

In general, we're expecting see somewhere between 5-10" of rain from Florence. Some locations may see more or less than this.

The storm will essentially park itself over the area and then slowly move inland. Right now the storm does not have a lot of speed behind it, so the rainfall will likely be extensive along the coastal areas, with historic flooding predicted there.

Timing: When Will Hurricane Florence Strike?

Florence is moving over the southwestern Atlantic Ocean between Bermuda and the Bahamas today, and is expected to approach the coast of North Carolina or South Carolina in the hurricane warning area on Friday.

Florence is expected to start bringing tropical storm force winds to the Carolinas late Thursday. Landfall could take place Friday or Saturday morning at this point. But this estimate could shift, and again, the site of landfall is still not determined.

We'll keep you updated on this system in the coming days.