The stuff of literal nightmares, large fire ant colonies have weathered the Florence floodwaters and has given people another reason to avoid waters. 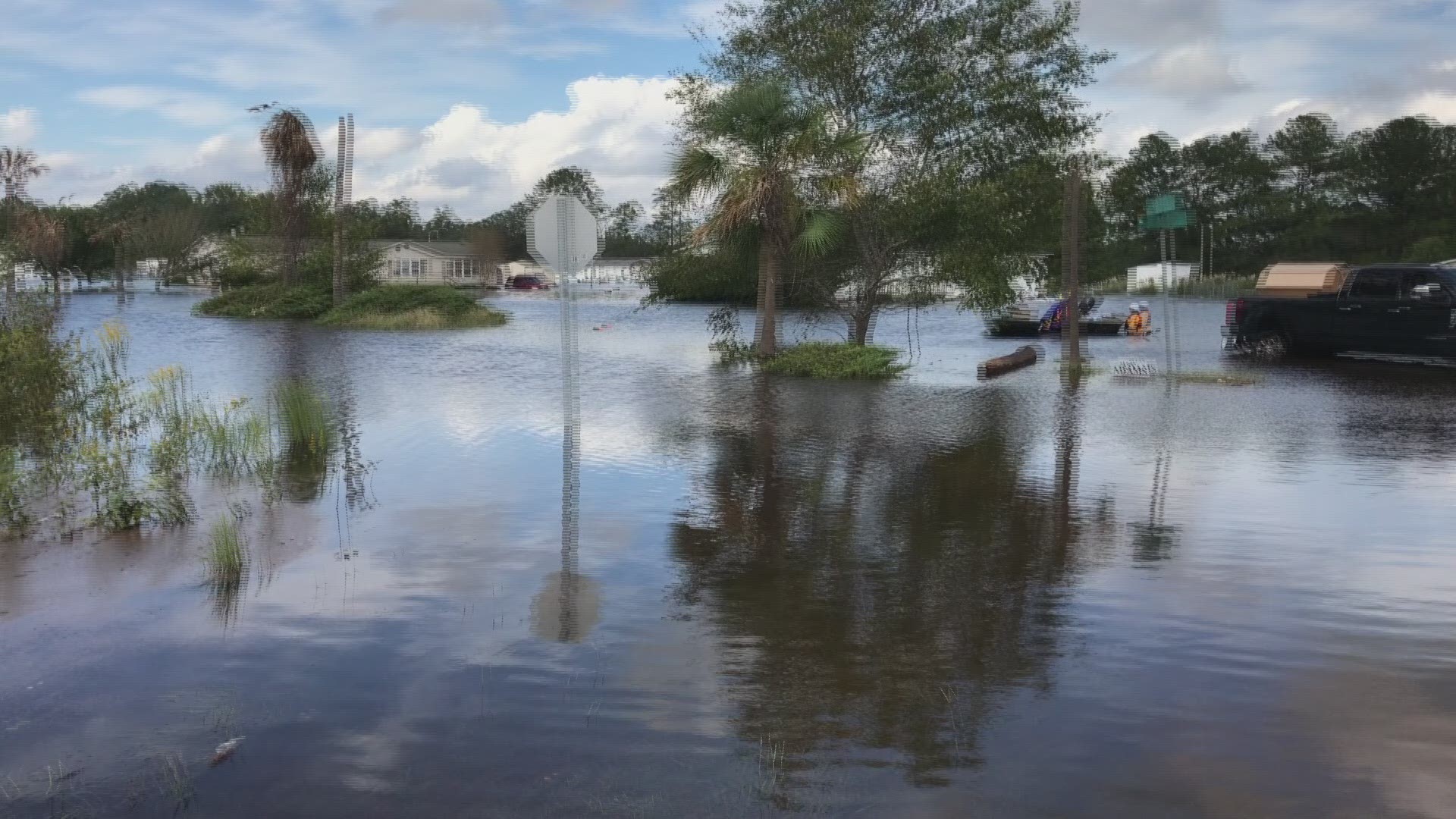 Atop the standard dangers of floodwaters - snakes, not being able to see any potential hazards, the force of rushing waters - North Carolina has given people another reason to avoid them: floating fire ant colonies.

A news crew out surveying damage in the Stantonsburg, North Carolina community spotted what can only be described as a horrifying sight: maybe a 3 foot-long colony of fire ants floating atop inches-deep floodwaters there.

While it's undeniable feat of nature that these small creatures can batch together to survive the catastrophic flooding and - in some places - feet of rain, it's important to remember these floating rafts are dangerous. In 2016, Texas A&M put out a pamphlet meant to help families and residents navigate these rafts should they come upon them.

Paul N. Nester, an Integrated Pest Manager at the school, explains in the pamphlet that to survive the floods, colonies will emerge from the ground, form a ball and then float around on the water until they reach a dry area or object they could crawl up on. The pamphlet says that these floating balls of ants contain all members of the colony, including the eggs, larvae, queens, winged ants and workers. They're attracted to anything that can give them shelter until they're able to return to the ground.

The South American natives will usually flock to debris piles left in the waters or in flooded homes. Because controlling fire ants during a catastrophe like severe flooding, the only real option is to deal with the colonies, according to the Texas A&M pamphlet.

He explained it's very important to avoid these ant colonies at all costs if spotted, even if you're in a boat. "If you are in a [boat], do not touch the ants... since they can 'climb aboard,'" the pamphlet warns. If they ants manage to touch your skin, they'll immediately start biting and stinging, as they are usually wont to do. It's important to rub them off immediately - submerging them won't work, as they'll just cling to the skin. Even a high-pressure water spray might not remove them.

The pamphlet says that soapy water might be a good way of breaking up the colonies. "Two fluid ounces of [biodegradable] dishwashing liquid mixed with 1 gallon of water sprayed on ants floating in a 5-gallon bucket filled with water caused 80 to 95 percent mortality within 10 minutes," it says. The EPA doesn't condone that use as a pesticide, but it could be suitable in an emergency.

It's important to remember that displaced fire ants might be under anything after a flood. The pamphlet says that when picking up debris, check all sides of it, especially if the debris has been sitting for days. Fire ants love carpet strips, furniture and old wood to re-establish their colony.

Always wear boots, gloves, long pants and long-sleeve shirts when dealing when venturing out into floodwaters - or a recently flooded area. You should also spray insect repellent on your shoes and lower pant legs, the pamphlet says.