Latham Park is one of the areas Guilford County Emergency Management considers a flood zone. 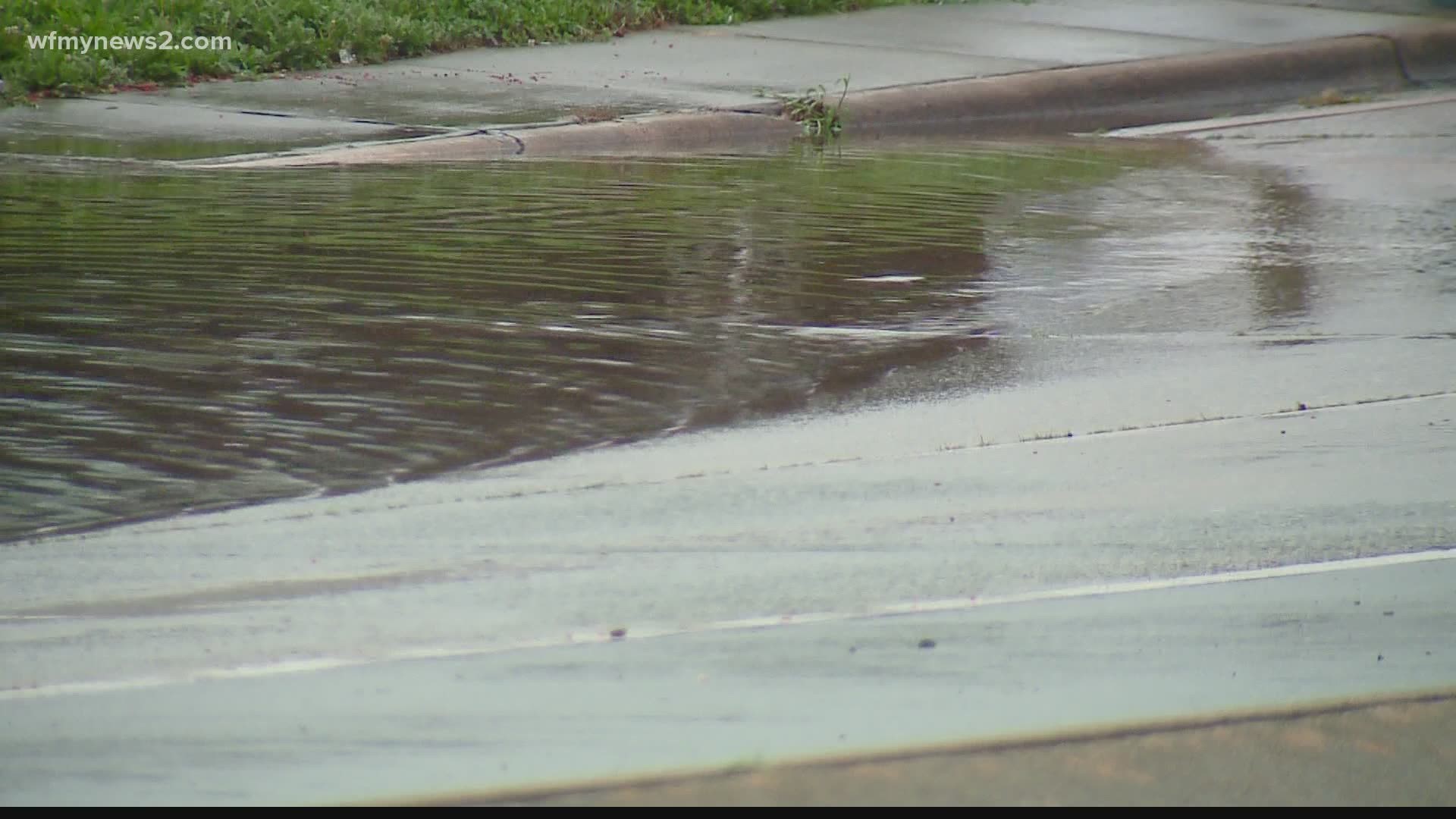 GUILFORD COUNTY, N.C. — More rain on a Monday made for a gloomy start to week. After a wet weekend, it meant residents in Latham Park dealt with a familiar problem, flooding.

Latham Park is one of the areas Guilford County Emergency Management considers a flood zone. City of Greensboro workers said the water in the park earlier in the day was about a foot deep.

City of Greensboro officials said the Latham Park area was the only area with any flooding on Monday. Latham Road was closed earlier in the morning for about an hour but was opened back up quickly.

Guilford County Emergency Management Director, Don Campbell, said even though this weather is no fun, it helps them prepare for when more severe weather comes our way.

FLOOD WATCH: A look at the water covering the road along Latham & Cridland intersection @WFMY pic.twitter.com/TqwX0wflKT

"This is definitely the same amount or a little bit less than we would get during a hurricane or tropical system came across this area, so it starts to give us an idea where our problem areas are and how we would make sure we got those taken care of," Campbell said.

The majority of the people who live in this area told WFMY they are prepared because they deal with the flooding often.

"It's really not a big inconvenience," Ames Chamberlin said. "For the house down that way it actually floods. I think it’s just one of the things about living in Latham Park, and the benefits far out way the negatives.”

Campbell said the county saw around three inches of rain.

"Those are areas that are going to flood more regularly because of rain water run-off, and creeks and streams, and those kinds of things," Campbell said. "Our cities and county try to focus a lot of efforts on making sure those areas are cleaned out of storm debris, which the City of Greensboro and High Point have been doing in all of their flood areas."