Dry to Drenched: How is Weather Impacting Farmers & Your Wallet? 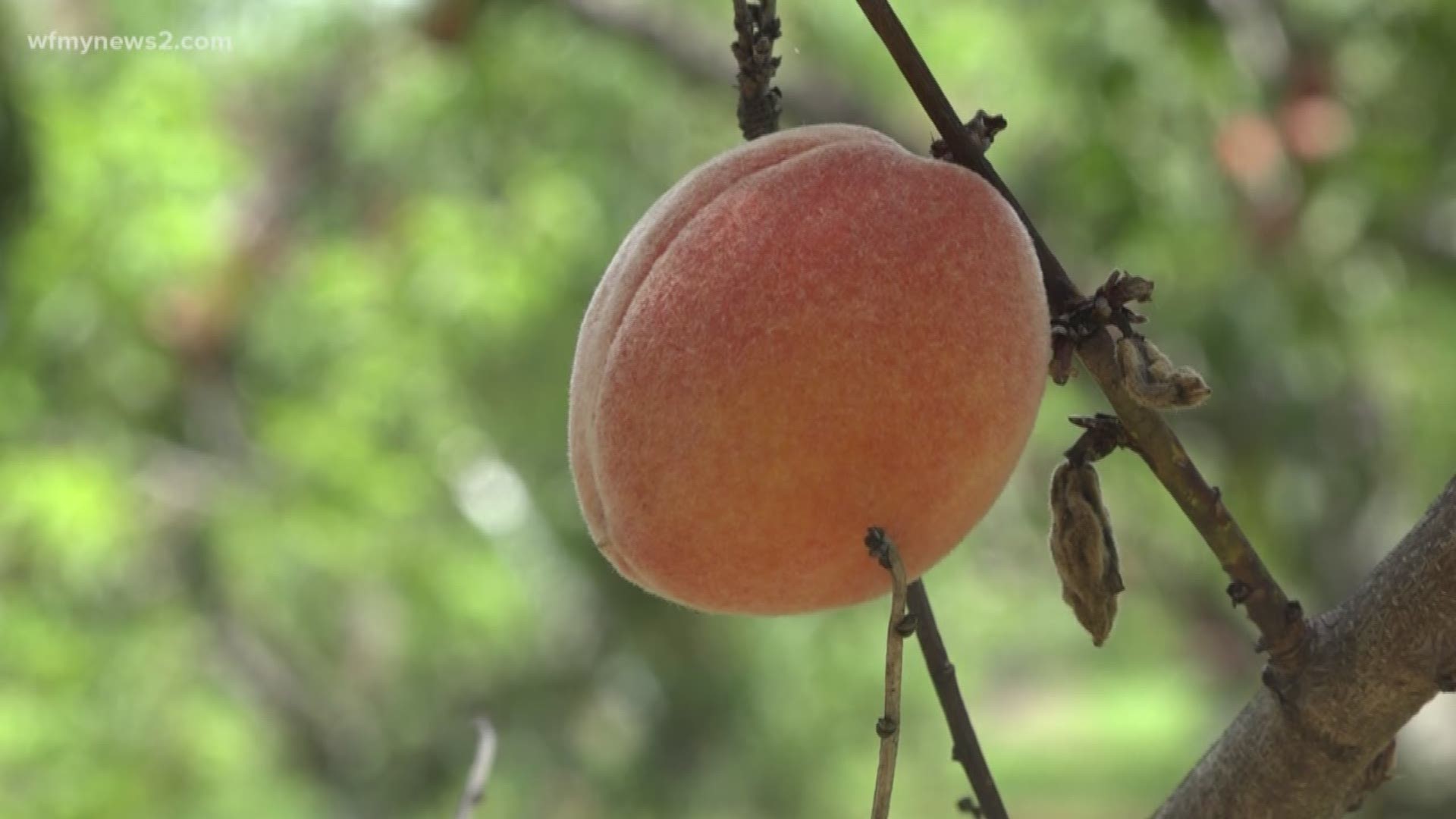 RAMSEUR, N.C (WFMY)-- A dry spell followed by lot's of rain is causing some problems for farmers, but some consumers are benefiting.

Beverly Mooney is the Owner of Millstone Creek Orchards. She says with all this rain, her peaches are either splitting or falling off the trees.

In the short run, it's good news for consumers because it means cheaper peaches.

"I need them to go. So we're moving as cheap as I can possible move them to get them out of here so we don't lose them cause all these that go to the ground are peaches lost," says Mooney.

Farmers at the Greensboro Farmers Curb Market are also feeling the impact of the wet weather. There's less blueberries because they're splitting in half and have to be thrown out.

For some crops, the downpours are a good thing. Before all the rain, green bean yields were down, but now they're picking up.

"Hopefully it will help everything come in a little better. Will be more of it now. But you know we have plenty of the late crop that'll help them bring them on in," says John Underwood with Smith Farms.

As for Mooney, she's hoping mother nature calms down for the rest of peach season. "Nothing extreme. Anything extreme absolutely affects us, not only in this crop, but other crops that are going into fall," says Mooney.

The heavy rain and wind is also breaking off entire limbs of Mooney's peach trees. That could impact her peach yield for many years.