As Hurricane Florence heads for the Carolina coasts, Forsyth County and the Red Cross will open a shelter for evacuees. 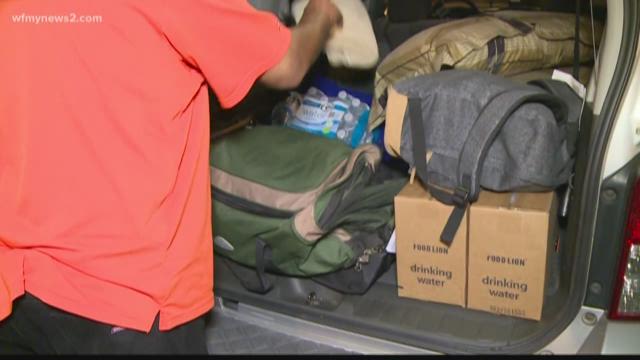 University officials said in a press release they are preparing for regular class hours and campus operations Thursday and Friday.

State leaders confirmed there are 16 shelters open as of Wednesday afternoon, with about 4,000 people coming and going.

We spoke with one couple who drove the three and a half hours from Wilmington, here to Winston-Salem. They know their safety would be at risk if they stayed.

They were forced to make a tough decision because although *they* wanted to leave, the ones they love most wanted to stay.

"All our children have equal say in what we do. We have a family meeting every emergency like this -- and the boys wanted to stay -- in Wilmington, and my wife wanted to come. I was torn apart. I love my sons, and I love my wife -- what can I do? It's almost like splitting your baby in half," said Nathaniel Minor.

The couple says their two sons will be the only things on their mind over the next week .

Once again this shelter is absolutely free and is open to anyone affected by the storm. it can house up to one thousand people, and yes your pets can come, but they will be housed about 200 yards away.

As of Wednesday morning, storm tracking showed the hurricane tracking towards the coast.

11AM #Florence track. Storm gets to Wilmington by Friday morning, and slows to a halt. It's likely to meander, south and west for days into early next week. Here in the Piedmont, we can't let our guard down. Potential for heavy rain through Monday - although it may be delayed. pic.twitter.com/6hD06UTbbN